Today’s works of art is by a young Texas ex-marine, who chose to serve his country before pursuing a career in art. Randy Dillon spent six years in the military and was stationed in the Middle East during Operation Enduring Freedom and Iraqi Freedom before returning to his art studies at the University of North Texas. He’s recently painted several beer-themed paintings, the first of which is below. Called Six Bottles of Beer and was painted with acrylics just a few months ago, in August 2009. 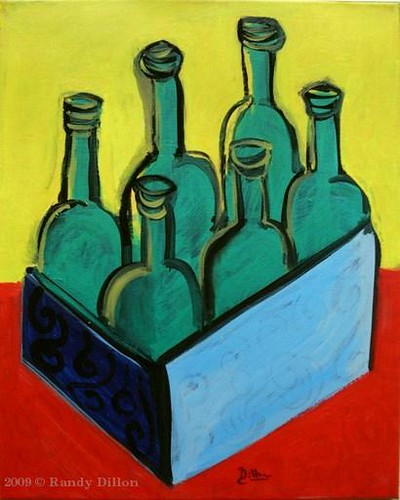 And here are several more of his recent paintings, all beer-themed in some fashion. 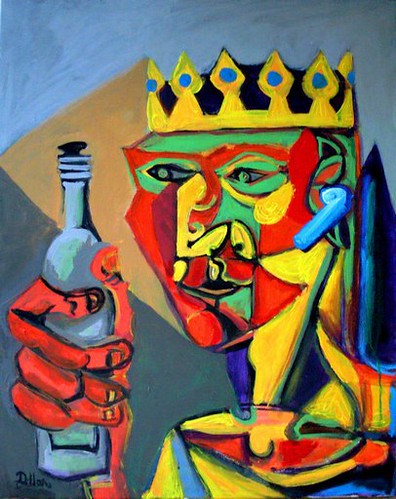 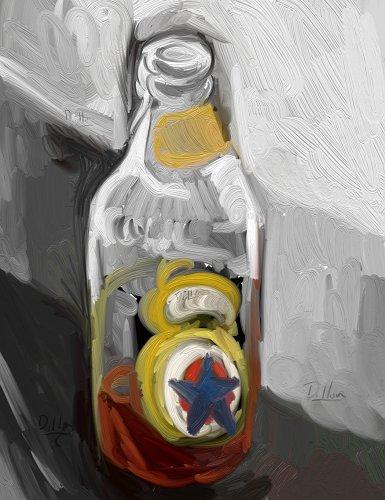 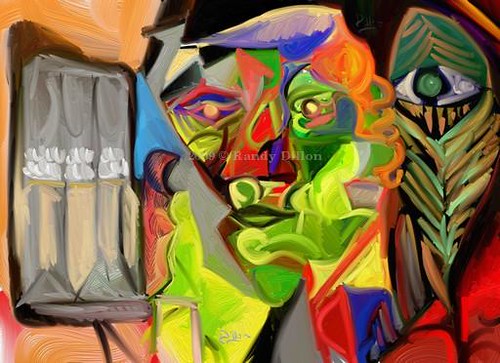 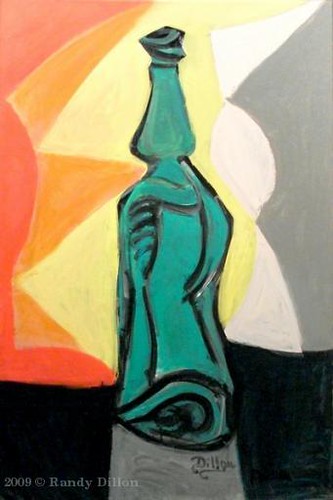 Bottle of Beer, painted in January of this year. 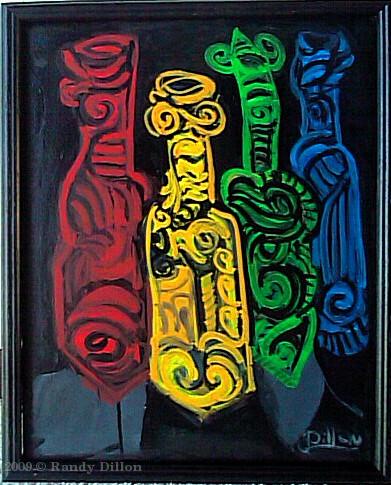 Bottles, painted in July 2008. I love the colors and the simplicity in this one, quite possibly my favorite of Dillon’s bottle work.

You can see much more of his artwork at his own gallery and also his online store and his Flickr Photostream.