The lucky 13th annual Boonville Beer Festival turned into Boontstock this weekend as several inches of rain poured down on the Anderson Valley. The mud and rain didn’t seem to deter anyone, either from camping or going to the festival. I really thought the turnout would be lighter this year with the virtual certainty of rain all weekend. But from what I could see, this year’s festival was as well-attended as any, with festival-goes showing great ingenuity in their attempts to stay dry. 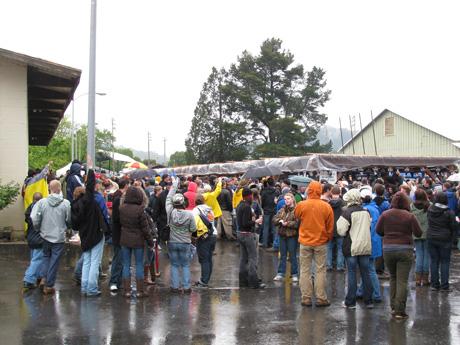 While the rain continued to pour down most of the day, the brewers were under tents, animal stalls or wooden stands wth makeshift plastic roofs. 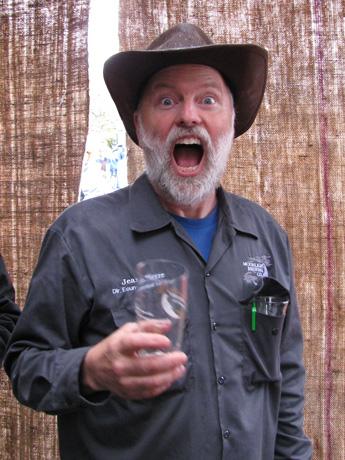 Like a dry and surprised Brian Hunt, from Moonlight Brewing. 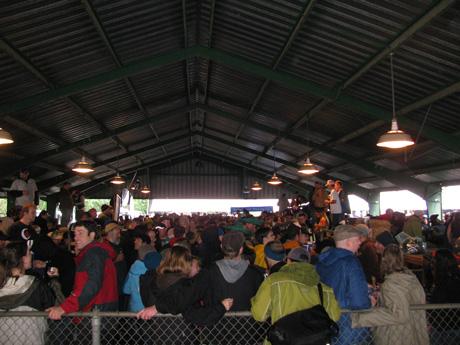 In the old festival area, this year brewers were inside the Lamb Palace, where though it was crowded, at least everyone could stay dry.

For many more photos from this year’s Boonville Beer festivalt, visit the photo gallery.