Our first stop upon arriving in Brussels on Friday was a tour of the Brasserie Cantillon. 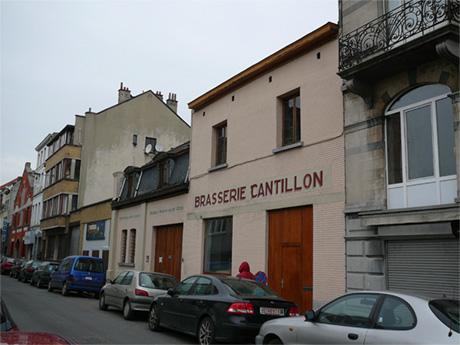 Brasserie Cantillon, the last remaining brewery in Brussels proper, is located in a dicey area of town, in the southern part near the Midi train station. It’s an unassuming building that belies the treasures that await the visitor inside. 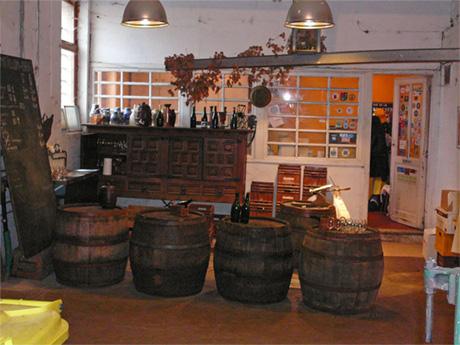 Inside is the tasting area and the brewery offices, in, of course, the same building since 1900. 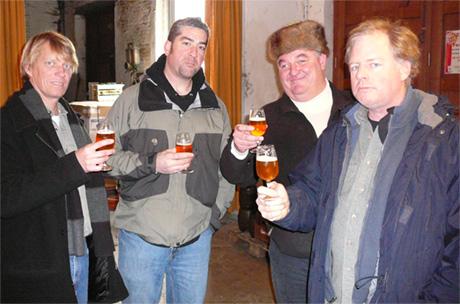 Where we enjoyed our first Cantillon of the day. From left: Thomas, Christian, Motor and Shaun. 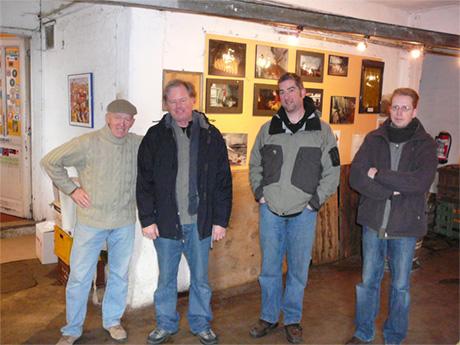 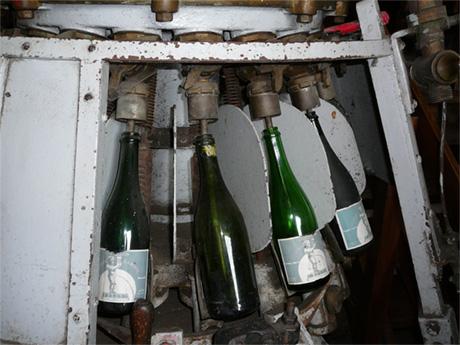 An old, no-longer used bottler is on display in the tasting area. 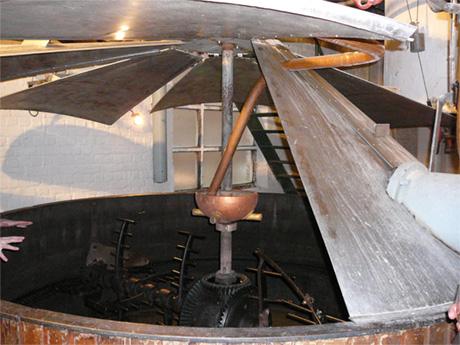 This old, still-used contraption looks like it could fly away. 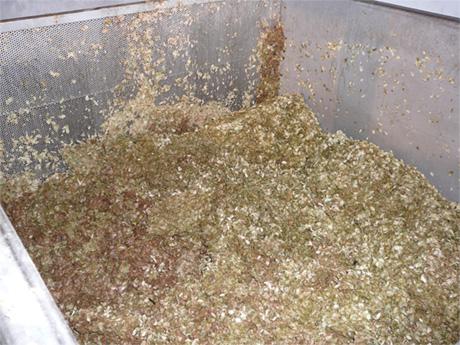 The styles of beer Cantillon makes use old hops to keep their bittering qualities restrained, usually around three years old. 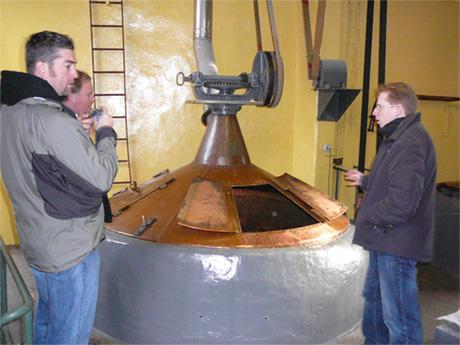 The mash tun on the second floor. 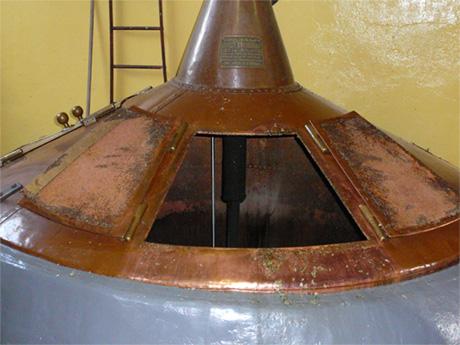 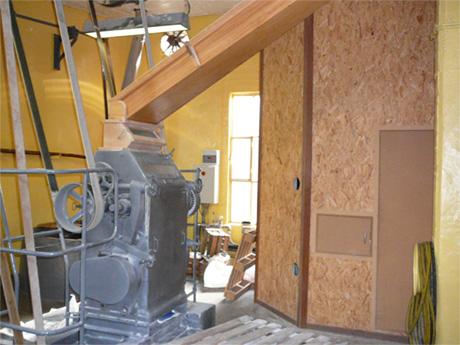 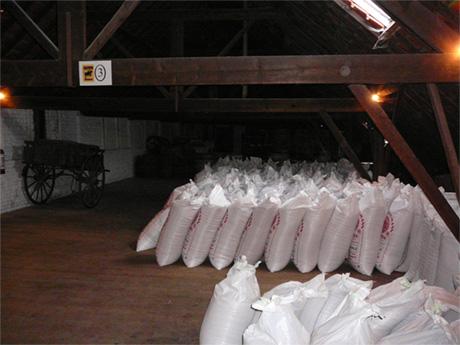 The grain itself is stored one floor up, in the dry attic. 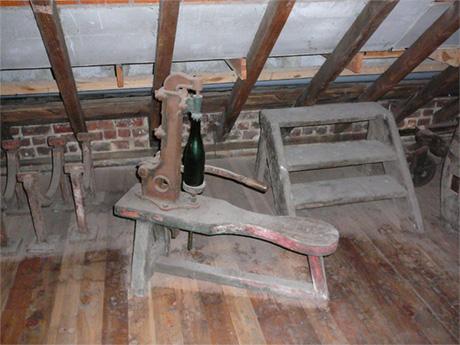 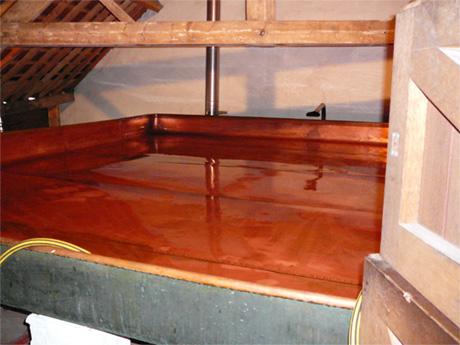 Another half floor above the attic is where all the magic happens, in the shallow square copper cooling tun. 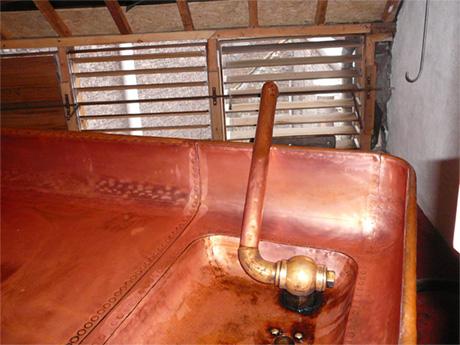 Where slatted windows are adjusted to allow spontaneous fermentation. 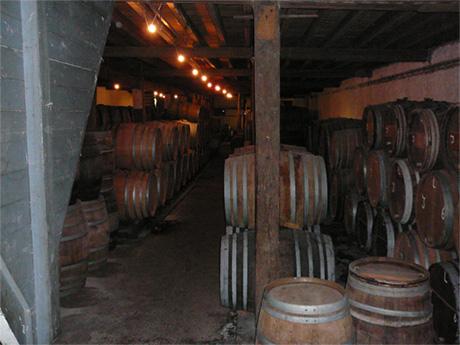 Then the beer is stored in wooden casks of oak or chestnut for up to three years. 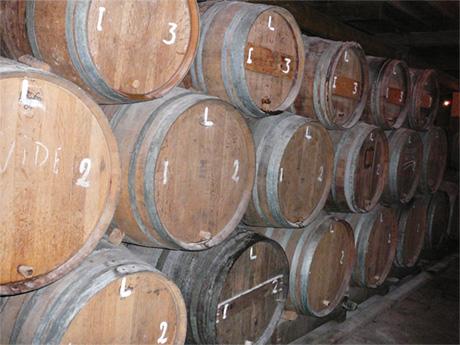 Where individual codes are put on each barrel to indicate what and when is inside. 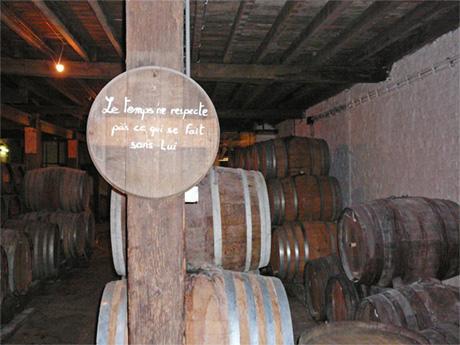 A sign in one of the barrel rooms reads “Le temps ne respecte pas ce qui se fait sans lui,” which translates as “time does not respect what is done without him.” 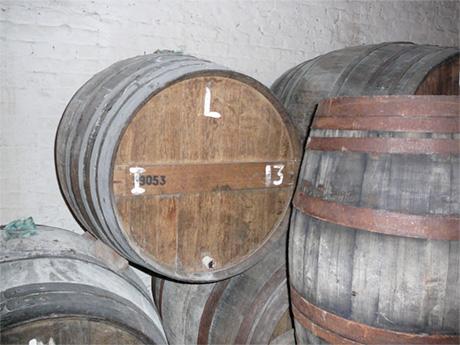 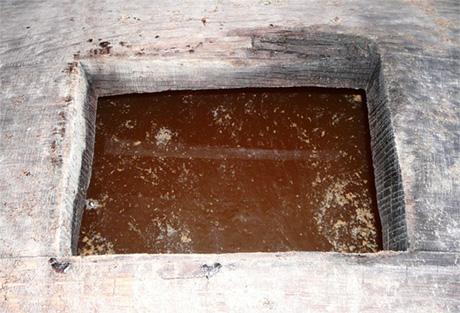 Inside one of the barrels that’s been aging over a year. 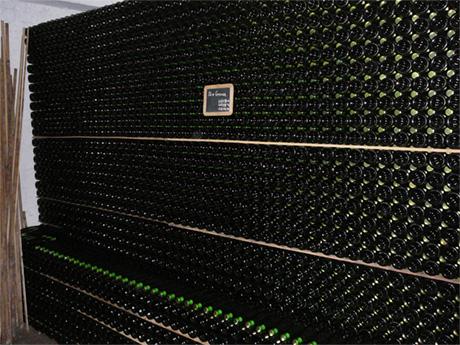 After bottling, they are racked tightly against the wall for further aging. 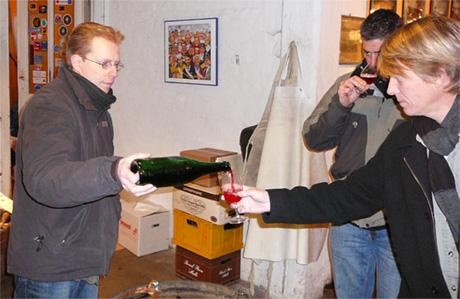 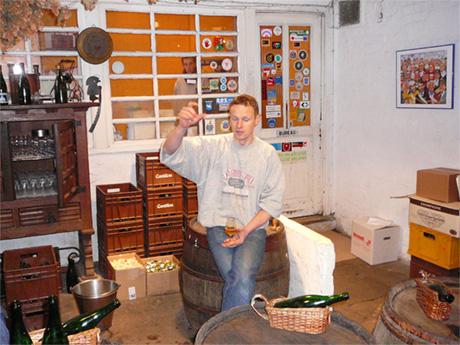 Jean, the heir apparent, will apparently succeed his father Jean-Pierre in running the brewery as of this March. 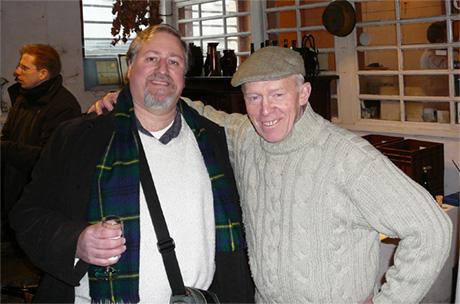 Cantillon owner Jean-Pierre Van Roy and me after our tour.