Today is the birthday of Sammy Fuchs (July 4, 1884-April 5, 1969). He was born in the New York City neighborhood known as the Bowery, probably in 1884, although at least one source gives 1905 as his birth year. “He was a busboy, waiter, and a restaurant manager before he opened up his famous saloon at 267 Bowery in 1934” known as “Sammy’s Bowery Follies.” Open until 1970, eight years before I moved to New York City, it sounds like it was an amazing place. 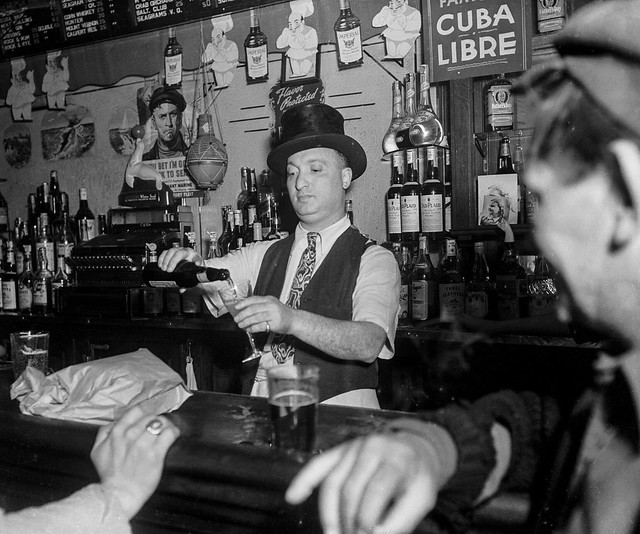 Sammy Fuchs behind his bar, pouring a beer.

This account of Sammy Fuchs is from “The Bowery: A History of Grit, Graft and Grandeur,” by Eric Ferrara: 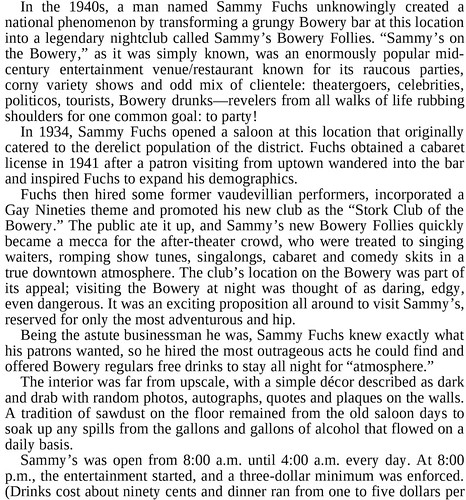 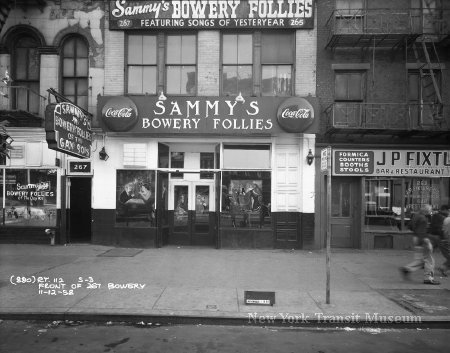 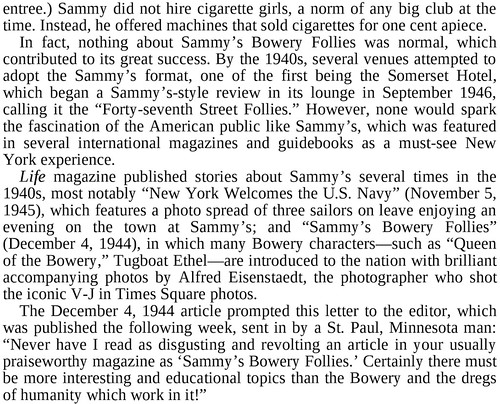 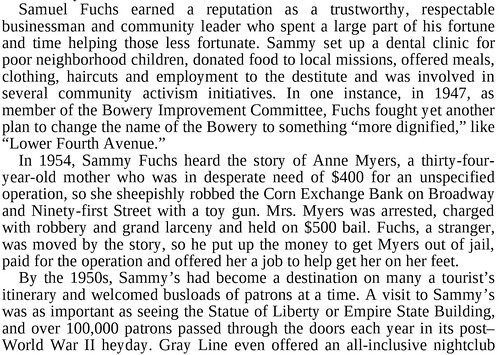 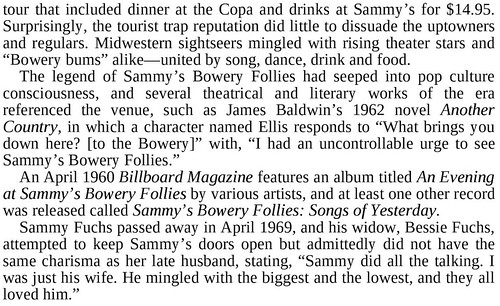 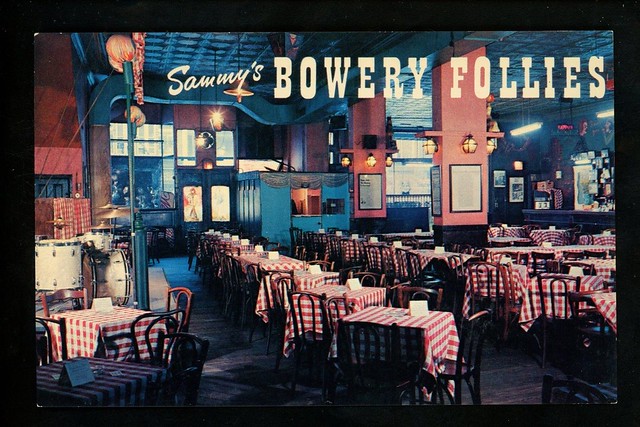 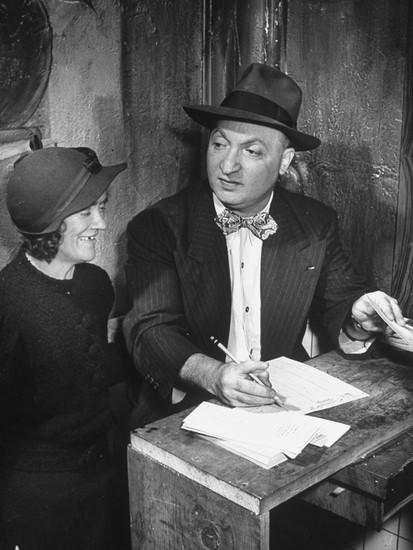 In their December 4, 1944 issue, Life magazine featured the bar and wrote the following:

“From 8 in the morning until 4 the next morning Sammy’s is an alcoholic haven for the derelicts whose presence has made the Bowery a universal symbol of poverty and futility. It is also a popular stopping point for prosperous people from uptown who like to see how the other half staggers”

There were lots of photographers who visited the bar, and as a result lots of pictures exist from its heyday, and many are online. See, for example, Sammy’s Stork Club of the Bowery New York: ‘An Alcoholic Haven’ of Prospering Poverty, Sammy’s Bowery Follies c. 1945 from Mashable, or The Chiseler.

This account is by photographer Arthur “Weegee” Fellig in his book “Naked City,” published in 2002, but describing the Bowery in the 1940s: 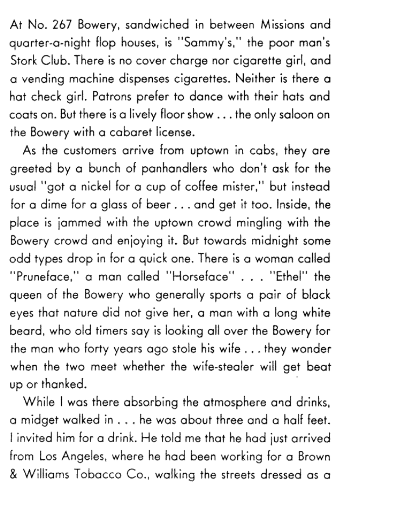 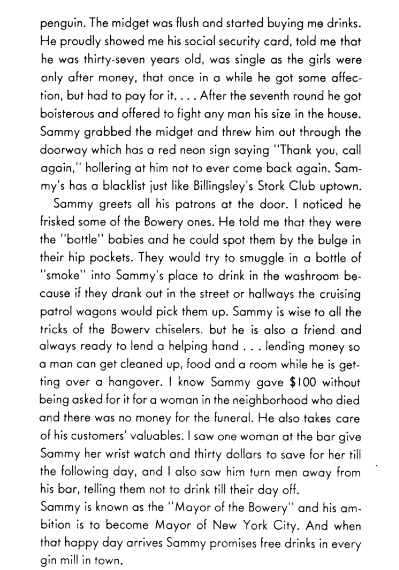 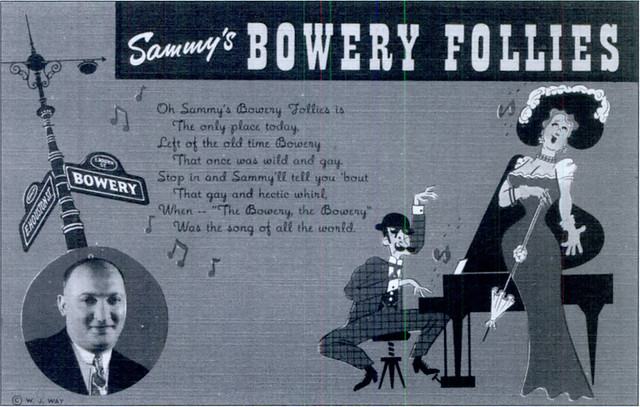 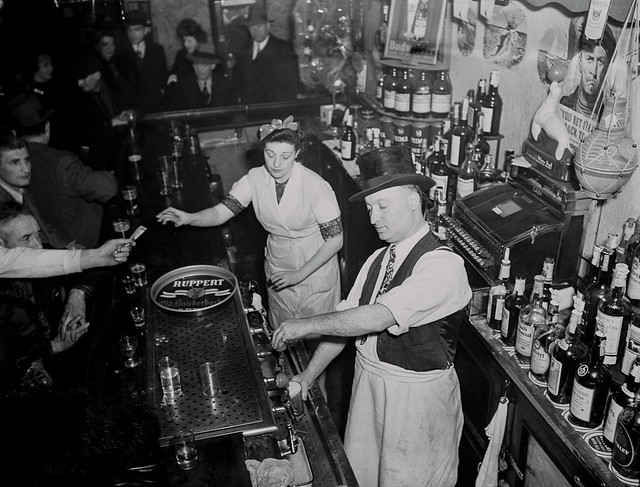 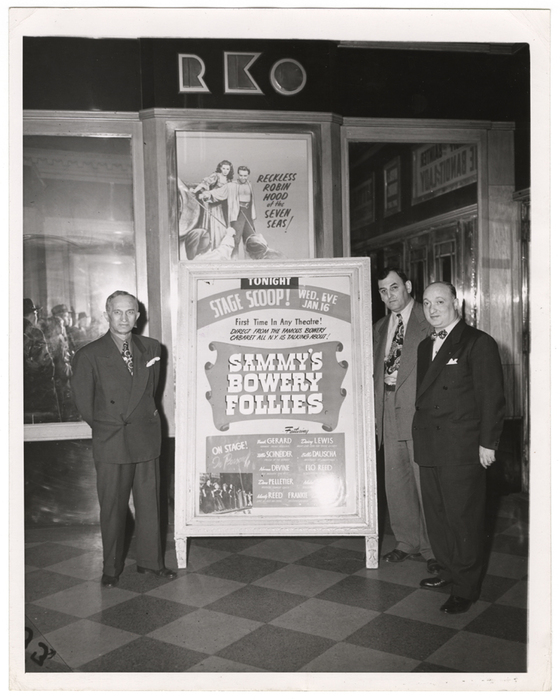 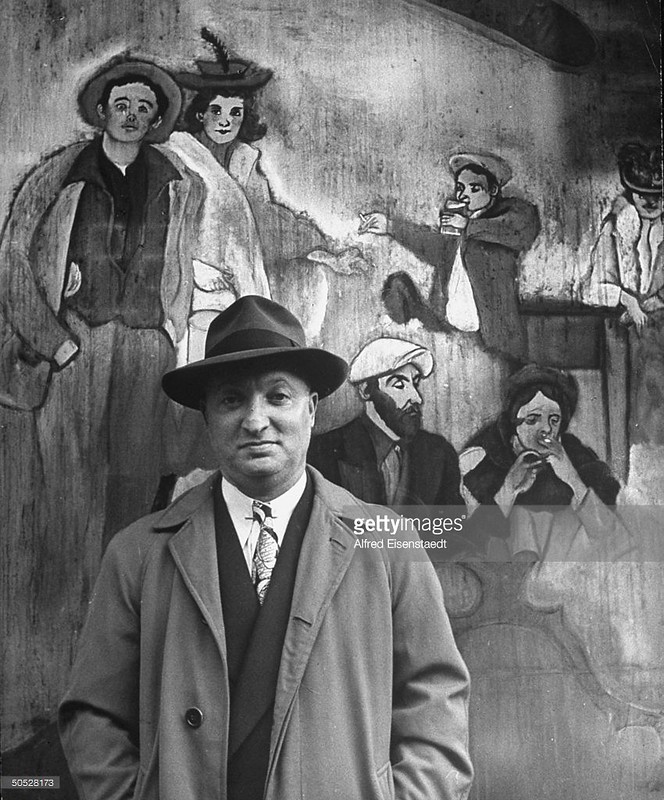 And here’s a short video of the history of Sammy’s Bowery Follies.