William Brand is reporting that Don Barkley will be opening a new brewery in Napa, which will be called Napa Smith Winery & Brewery. Supposedly beer from the new brewery will debut in late March at the Napa Valley Mustard Festival, which suggests things must be pretty far along at the new brewery.

Barkley was the the assistant brewer at New Albion Brewing back in the late 1970s. New Albion was, of course, the first modern microbrewery in America. When they stopped brewing in the early 1980s, Barkley bought the brewing equipment and used it to found Mendocino Brewing. 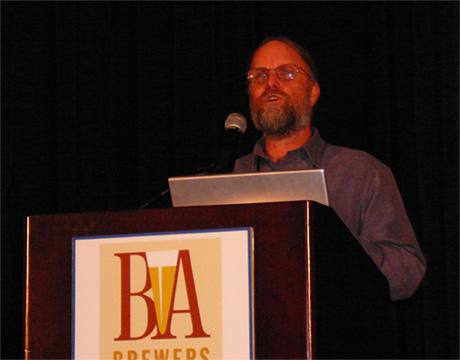 Don Barkley last summer reminiscing about working at New Albion with Jack McAuliffe, while accepting an award for lifetime achievement on behalf of McAuliffe, who started New Albion Brewery.