You are here: Home / Just For Fun / Esperanto Beer

Today is Zamenhof Day, which is also sometimes called Esperanto Literature Day and Esperanto Day. It’s today because it’s the birthday of Ludwik Lejzer Zamenhof, usually known as L.L. Zamenhof. As you probably know, I’m fascinated with language. If you’re not familiar with the language of Esperanto, it’s “a constructed international auxiliary language. With an estimated two million speakers worldwide, it is the most widely spoken constructed language in the world. The Polish-Jewish ophthalmologist L. L. Zamenhof published the first book detailing Esperanto, Unua Libro, in Warsaw on July 26, 1887. The name of Esperanto derives from Doktoro Esperanto (Esperanto translates as “one who hopes”), the pseudonym under which Zamenhof published Unua Libro.”

Zamenhof’s goal was to create a neutral language so that international relations didn’t have to choose one over another that in the process would indicate bias in negotiations between world powers. A lofty goal, but it never quite caught on, although there are still around 350 native speakers and between 2 and 10 million people who have some familiarity with using the language.

Even Google Translate includes Esperanto as one of its supported languages, and it’s interesting to see how beer and other beer-related terms are expressed in the language:

If you’re interested in learning more, check out Time magazine’s “The Serious History Behind Esperanto.” The few remaining Esperanto speakers get together annually for a convention and a few years ago they even created a beer for a language festival. 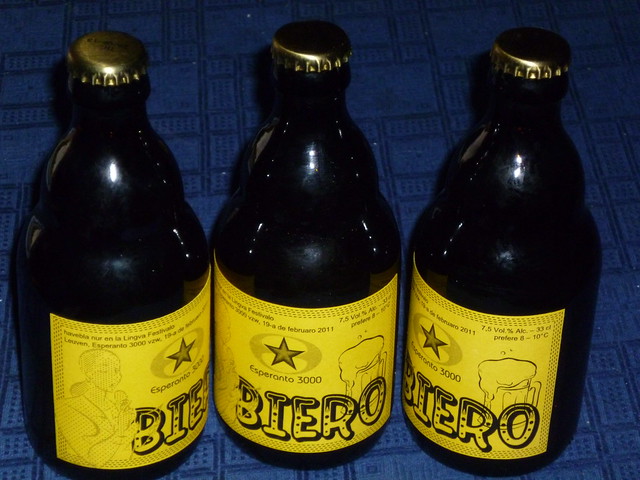