This year, 450 breweries entered 2402 in the competition for one of 207 possible medals in 69 categories. The average number of beers entered in each category was 35, with American-style IPAs again having the most with 94 submitted. The award ceremony is always an exciting time, the rough equivalent of the Oscars for the beer industry. Though it’s undoubtedly with much better beer and without the bother of having to wear a tuxedo or ball gown.

With Vinnie’s parents, Vince and Audre in attendance for the first time, Vinnie and Natalie Cilurzo frm Russian River Brewing won three medals, including a Gold Medal for Pliny the Elder. 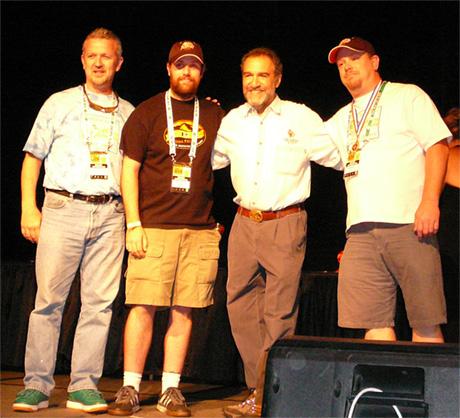 For many, many more photos from the GABF awards, visit the photo gallery.