Today is the birthday of Henry Frank Hagemeister (November 18, 1855-June 27, 1915). He “was a member of the Wisconsin State Assembly and the Wisconsin State Senate.” His father founded the Hagemeister Brewery in 1866, calling it the Union Brewery. Henry joined the brewery at the bottom, and worked his way up, and ran it with his father, and the changed the name to Hagemeister & Son. After his father passed away, Henry took over, and incorporated it as the Hagemeister Brewing Co. in 1890. Hagemeister stayed open through prohibition, and in 1934 changed its name to the Valley Brewing & Refrigerating Co. but closed for good the same year. Here’s his basics, from Wikipedia:

He was born in Green Bay, Wisconsin in 1855, [the son of German immigrants] and educated in the parochial and public schools of Green Bay. He would go on to work in brewing and banking, as the president of the Hagemeister Brewing Company, and president of Kellogg’s National Bank. 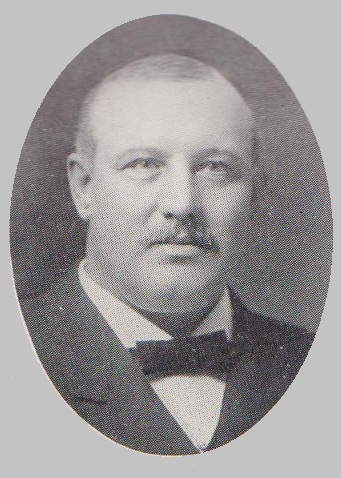 Here’s a biography of Hagermeister from the “Commemorative Biographical Record of the West Shore of Green Bay, Wisconsin,” published in 1896. 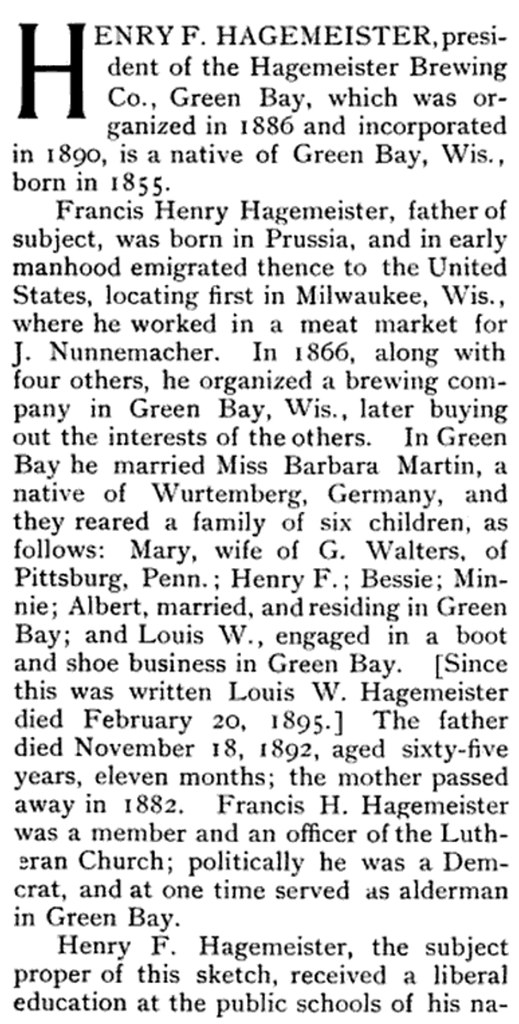 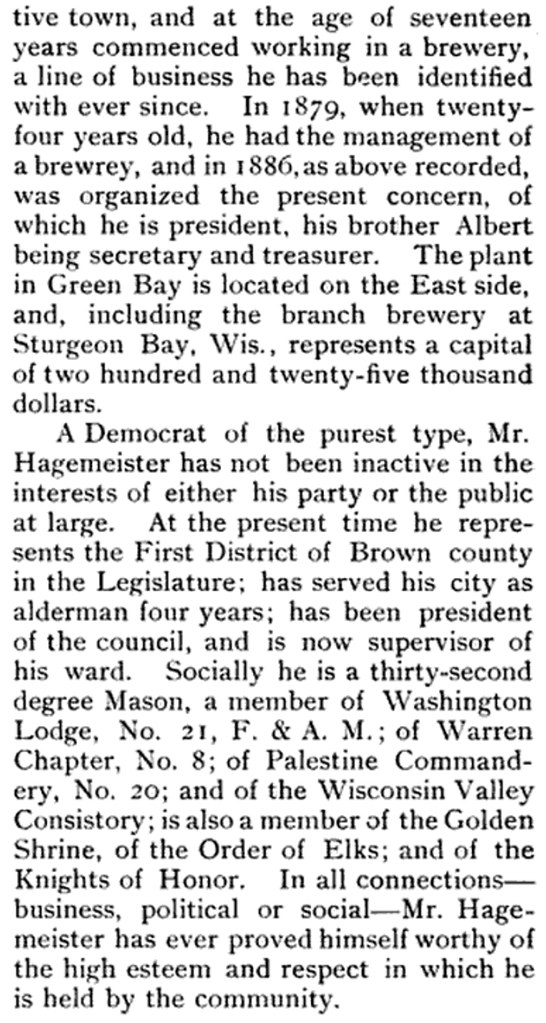 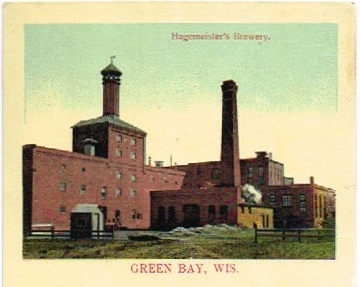 This is his obituary, from the Brewers Journal: 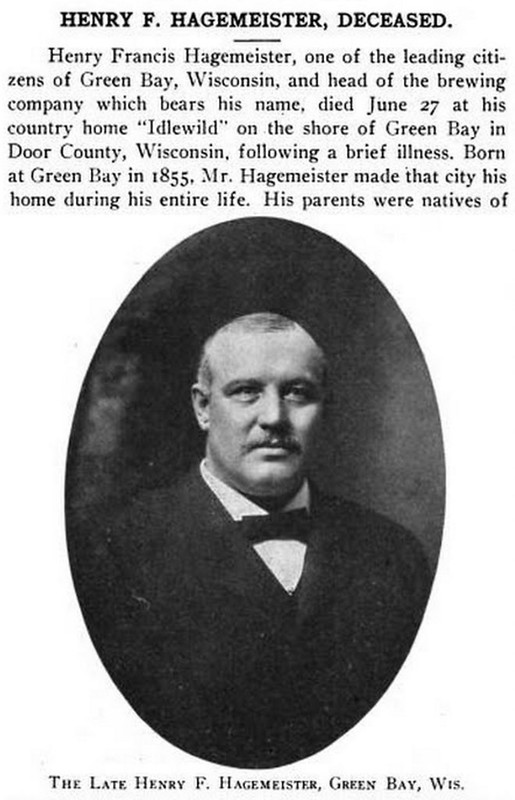 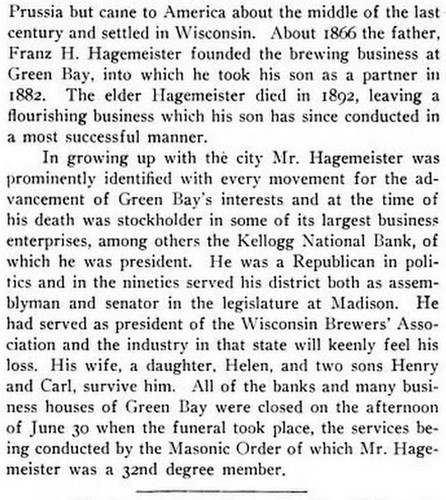 And here’s a longer biography from “Wisconsin: Its Story and Biography, 1848-1913, Volume VIII,” written by Ellis Baker Usher, and published in 1914: 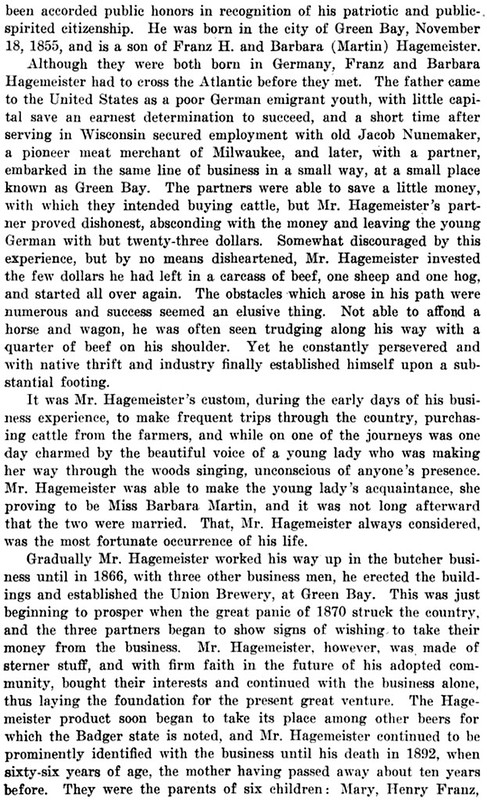 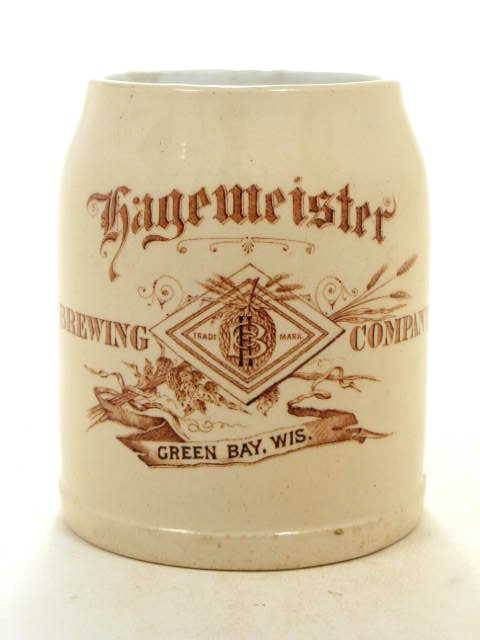 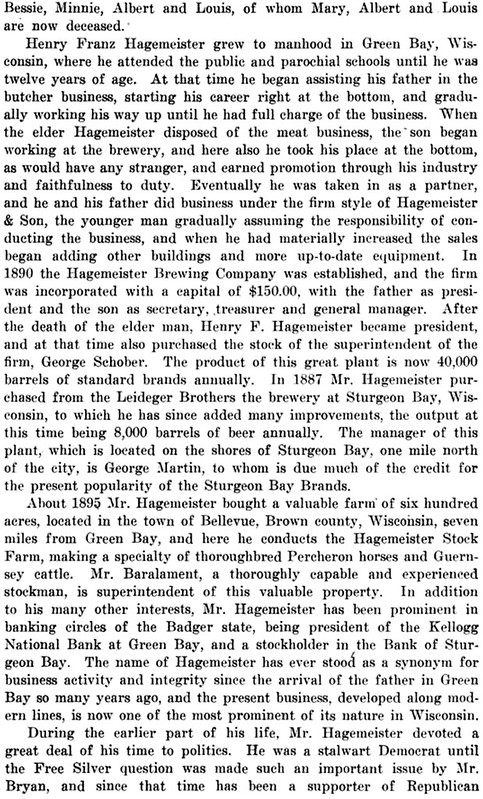 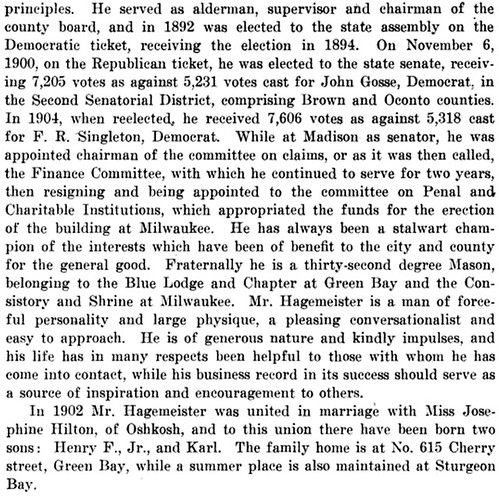 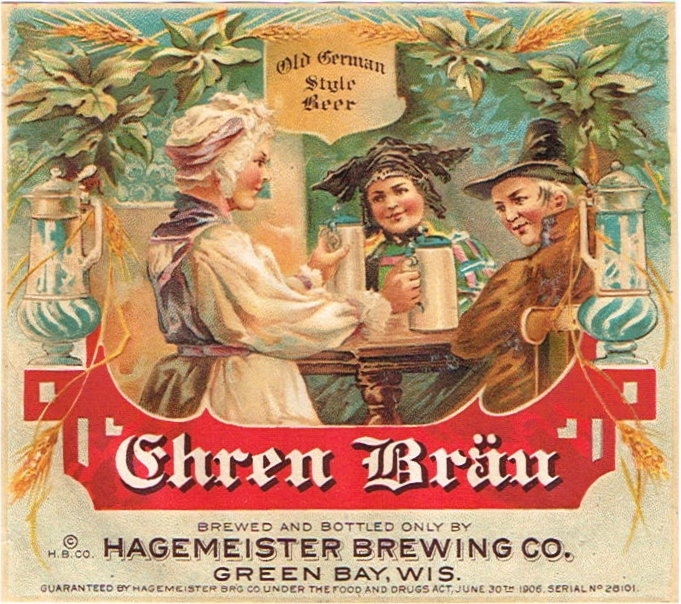