Today is the birthday of William Peter Jr. (December 11, 1860-January 7, 1937). His father, William Peter Sr., founded the William Peter Brewing Company of Union City, New Jersey. When the brewery was incorporated in 1890, Junior was thirty. He became a shareholder and was also vice-president at that time. Presumably, when his father died in 1918, William Peter Jr. became president and soldiered on until his own death in 1937. After that, the brewery remained in business until 1949, when it was sold to George Ehret and renamed the George Ehret Brewery, but only remained open for one more year, closing for good in 1950. Unfortunately, I can’t find very much information about William Peter Jr. directly, not even a portrait. 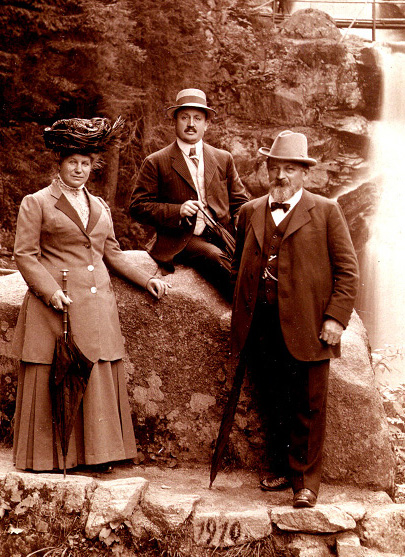 William Peter Jr. with his father and one of his three wives, taken in 1910.
Here’s a biography of William Peter Jr. from “Schlegel’s American Families of German Ancestry,” by Carl Schlegel: 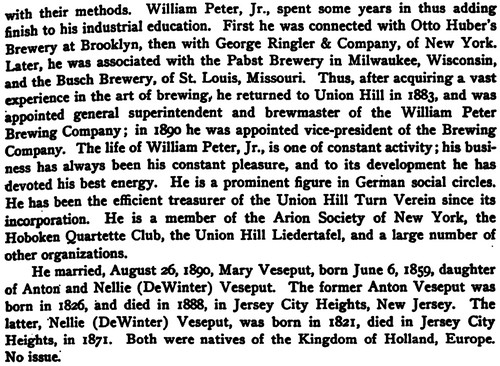 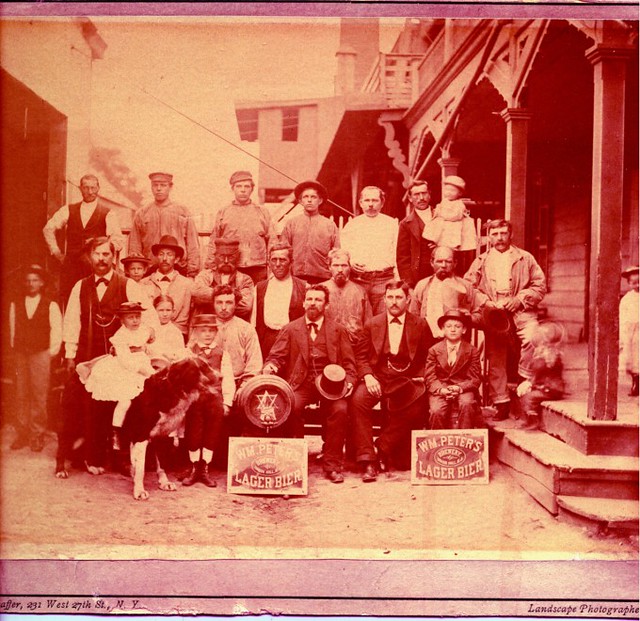 The brewery workers with William Peter in the center of the first row, with (I think) his son to the right (his left). 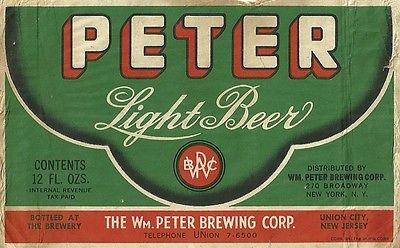