Maui Brewing has announced that their new Director of Brewery Operations will be Jesse Houck. Houck was most recently at Golden Road Brewing in Los Angeles, and prior to that was in the Bay Area with both Drake’s Brewing and 21st Amendment.

“I am beyond stoked to be working with such a strong leader as Garrett and the talented team he has assembled here on Maui,” stated Jesse Houck.

“I’ve known Jesse for most of my career in craft beer and have always been impressed with his brewing talent, and proud to call him a friend. I’m stoked to have him at the helm of our brewing operations and we’re looking forward to some awesome projects coming down the pipe,” added Founder and CEO Garrett Marrero.

I recently visited the new facility that Maui Brewing built and turned loose in that brewhouse, Jesse’s going to do great things. It also really makes me want to go back to Maui again, not that I needed much incentive. It’s an amazing space that Garrett and Melanie Marrero built closer to the center of the island, and not too far from the airport. With two new planned restaurants in their future, adding Jesse was a prudent move. Congratulations to both. 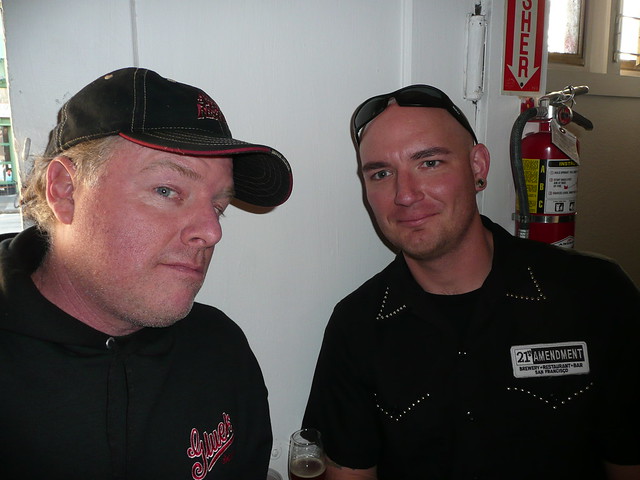 Jesse (right) with Shaun O’Sullivan at the Toronado Barleywine Festival in 2008.