It’s day ten of my turkey trot to Christmas featuring all 42 labels from Anchor’s Christmas Ale — a.k.a. Our Special Ale — all different beers (well, mostly different) and all different labels, each one designed by local artist Jim Stitt, up to and including this year’s label.

1984 was the tenth year that Anchor made their Christmas Ale, and it was a radical departure from their previous holiday beers. The 1983 version proved so popular that they changed the Liberty Ale recipe to match it, and ever since, your Liberty Ale is the same as Anchor’s 1983 Christmas Ale. But that also led them to conclude that they should do something different for 1984, so that year the beer was a brown ale, still with no spices added. This tenth label was based on a “Tree of Life.” 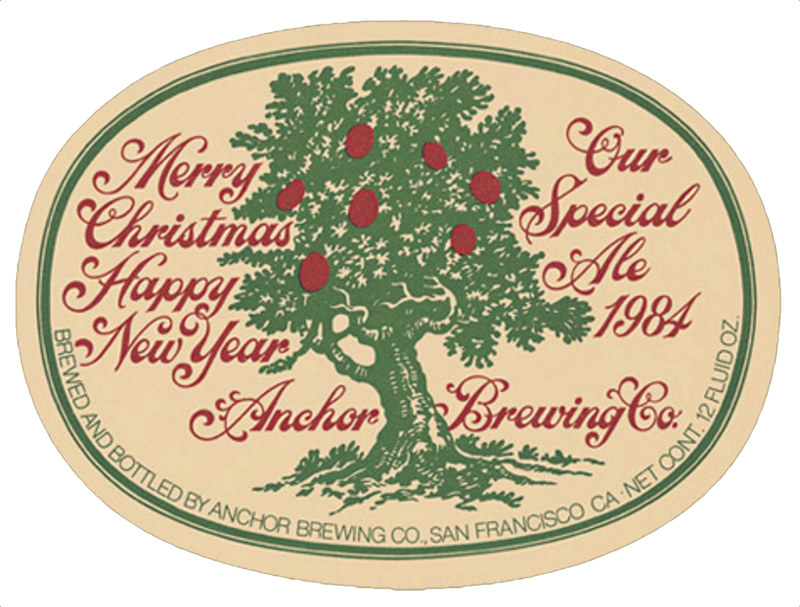