Having lived on this side of the pond my whole life, I’d never encountered Bamforth’s comic postcards until very recently. The Bamforth company is still in business, but apparently was founded in 1904 as a photography and film studio to make picture postcards, and by the end of the First World War was producing 20 million postcards each year. In 1910, they started creating the comic art postcards. Over the next 90 years, approximately 50,000 comic designs were published, with most of them by just four staff artists — Douglas Tempest, Arnold Taylor, Philip Taylor and Brian Fitzpatrick — along with a few additional freelance artists, like the well-known Donald McGill. According to their history, “by 1960 Bamforth Postcards had become the world’s largest publisher of comic postcards.”

Bamforth’s Postcards were the market leader throughout the twentieth century. Their artists poking fun at every aspect of human activity. They commented on politics, fashion and the changes in social activity and perhaps most famously they invaded the toilet and the bedroom. Sex, in various guises and disguises, was the main subject from the start of the genre.

While sex and being “cheeky” may have been their main focus, beer also figured prominently in quite a few of their postcards. 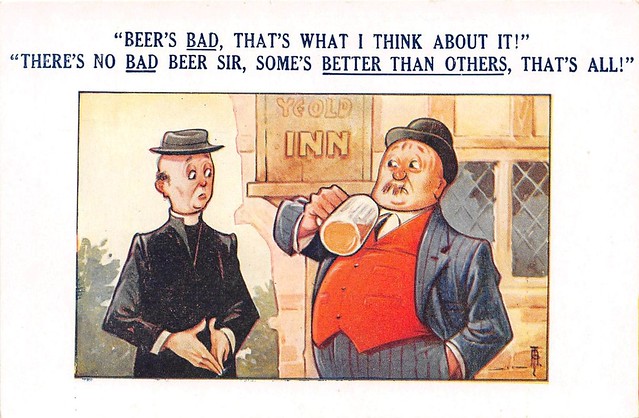 Quite a few were part of their seaside series, meant to be sent home from vacations. 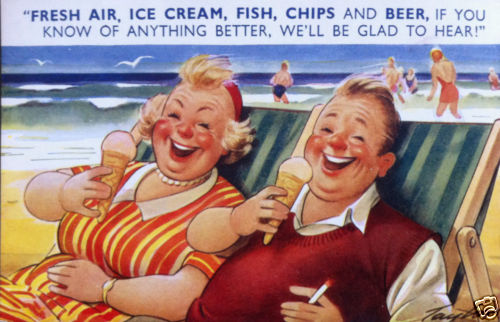 And still others were just odd. 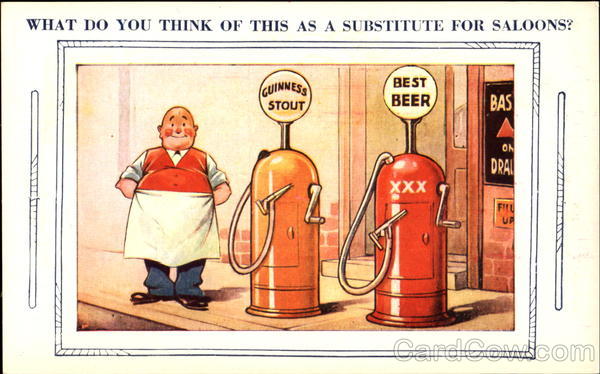 I’m sure there were many more involving beer, and there were also quite a few depicting pub life. Just poking around eBay and the web, I found a few beer-themed postcards, which you can see in the slideshow below. Enjoy.