Yesterday a new beer festival took place in the Bay Area. The Bay Area Brewfest was held at the County Expo Center in San Mateo, California and appeared to be a modest success. Attendance rumors were that around 1,200 people sampled the fifty or so craft and imported beers available at the festival. The music was very good and mercifully not too loud. For a first-time festival, the organization seemed outstanding. As I’ve said before, the Bay Area could really use a big outdoor festival to showcase the area’s wonderful and many contributions to the beer scene. Is this is? Not yet, but the potential is definitely there. I would have liked to see more local breweries there, but perhaps next year? 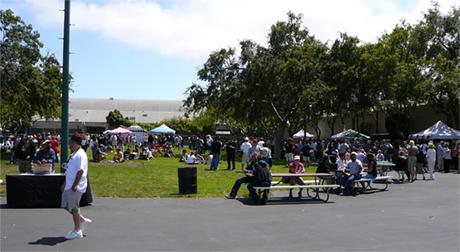 Even though attendance was good, it never felt crowded at the Expo Center, and there was plenty of parking. 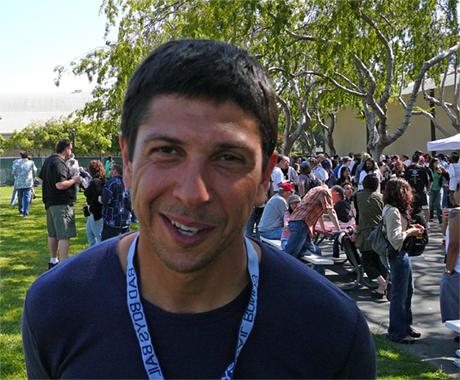 Music was sponsored by the local radio station 107.7, The Bone, who had a stage with seating set up on one end of the festival area. You could hear the music throughout the festival, but it was never too loud, a rarity at these type of events. 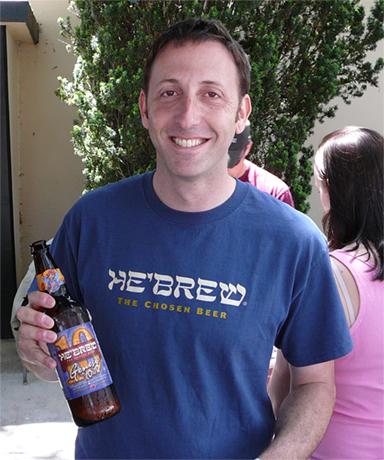 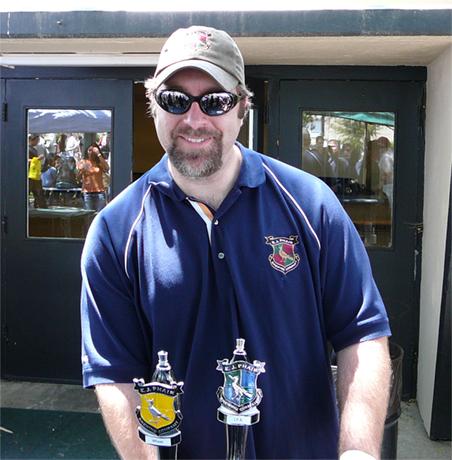 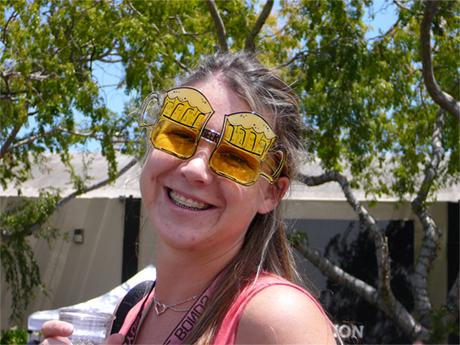 The wold looks rosier when seen through beer goggles. 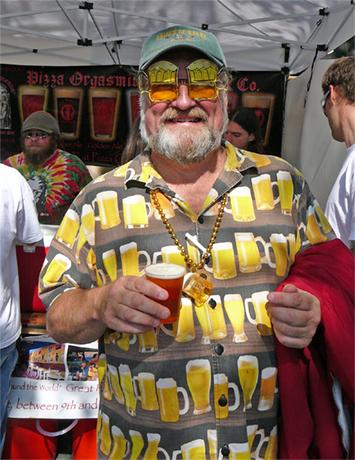 Jack Curry, co-owner of the Prince of Wales, a San Mateo institution and great beer pub. 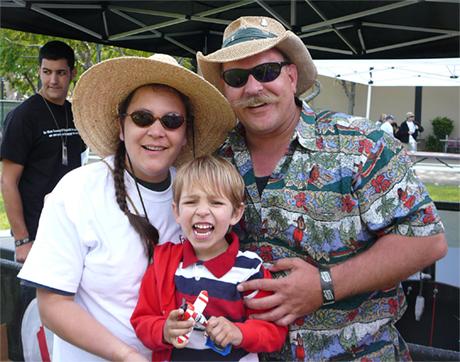 Fellow writers Lisa and Mike Pitsker, along with their son James, my table-mates at the festival.