Today is the 61st birthday of Alex Puchner, who’s the Senior Vice President of Brewing Operations, and its first brewmaster, for the BJ’s Restaurant Brewhouse chain. He started with the chain in 1996, a co-founder, when they built their first brewpub. Alex had been homebrewing for a decade before that first brewery. There now have 174 locations in 23 states, although they backed away from their brewpub model and contract most of their beer, but have added lost of guest taps and good bottled imports, including a great selection from Belgium. Alex has been very active over the years in the beer community and the CCBA, and has been great for beer in California, providing many people’s first introduction to craft beer with BJ’s. Join me in wishing Alex a very happy birthday. 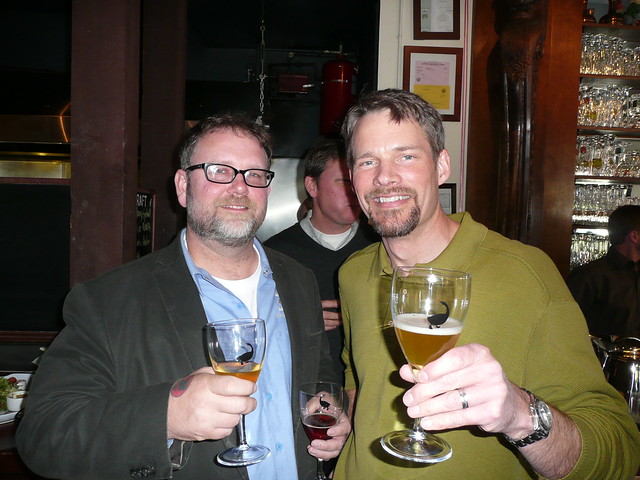 Alex with Greg Hall, formerly with Goose Island, during a visit to San Francisco a few years ago. 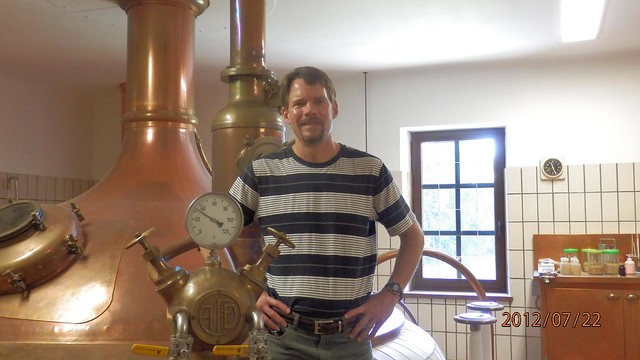