Today is the 58th birthday of Fred Karm, who is the owner and brewmaster of Hoppin’ Frog in Akron, Ohio. While he’s been brewing since 1994, Fred opened his own place in 2006 (and later a separate tasting room) and has been making some great beer there ever since. I first met Fred at the RateBeer Best Awards, when I emceed the first awards show in 2016. He’s one of the most energetic and passionate people I’ve met in the beer industry. Join me in wishing Fred a very happy birthday. 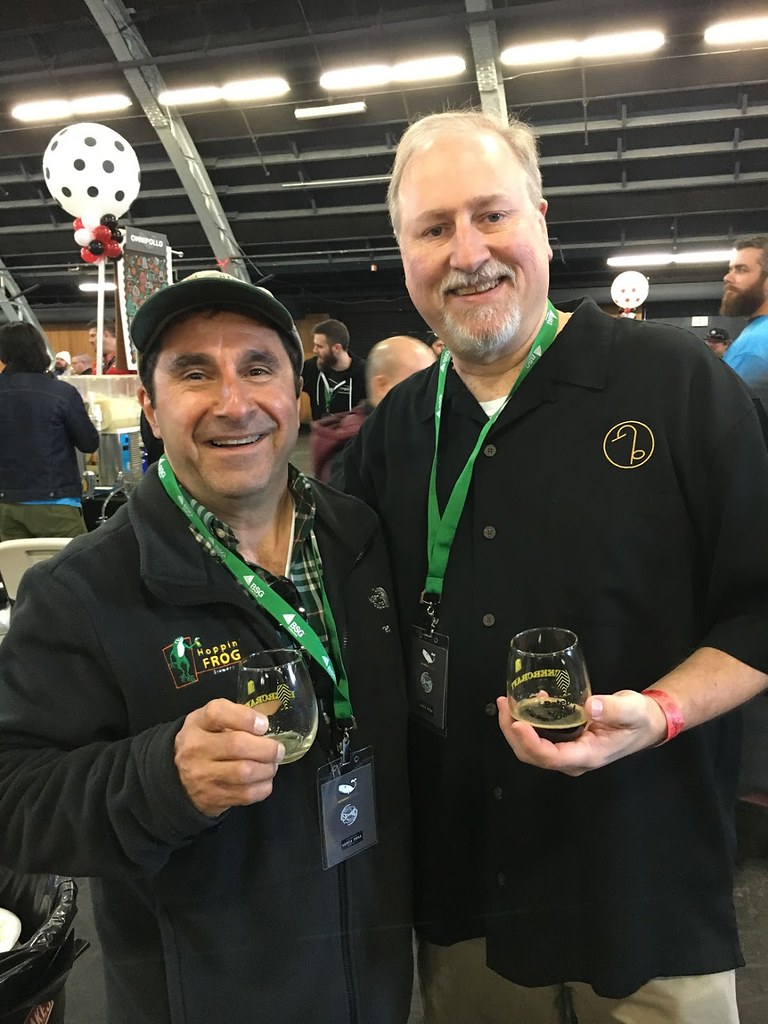 Fred and me at the RateBeer Best Festival in 2017. 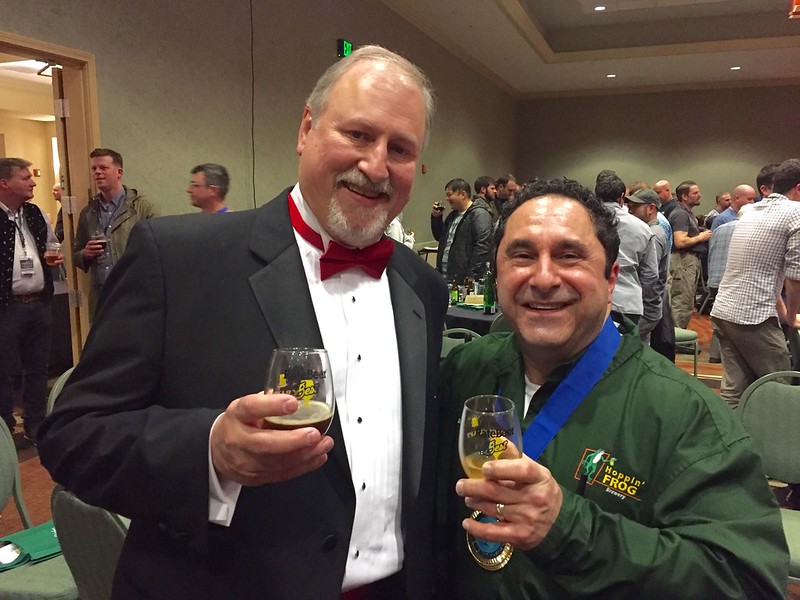 After the RateBeer Best Awards show in 2016.