Today is the 63rd birthday of Gary Spedding, who owns and operates the Brewing and Distilling Analytical Services in Lexington, Kentucky. The BDAS focuses on “the testing of alcoholic beverages and beverage raw materials.” Gary was originally a biochemist before being bitten by the beer bug, and later becoming the director of the brewing test laboratories at the Siebel Institute of Technology. In 2002, Gary founded the BDAS and has been there ever since. I first met Gary when he started doing short seminars during judges orientation for both GABF and the World Beer Cup, creating sensory exercises for us to challenge our palettes and make us stronger judges. Join me in wishing Gary a very happy birthday. 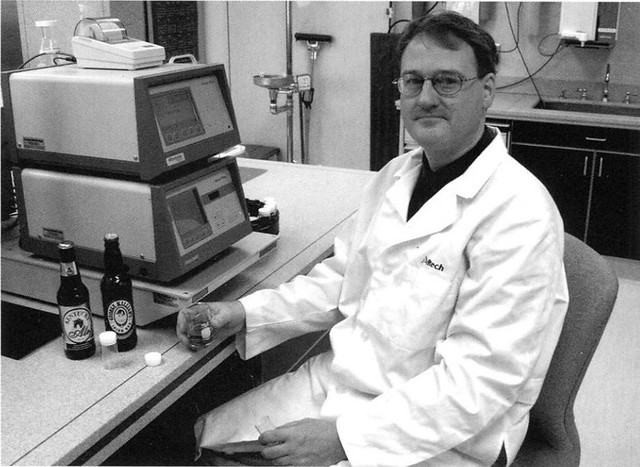 Gary looking every bit the scientist. 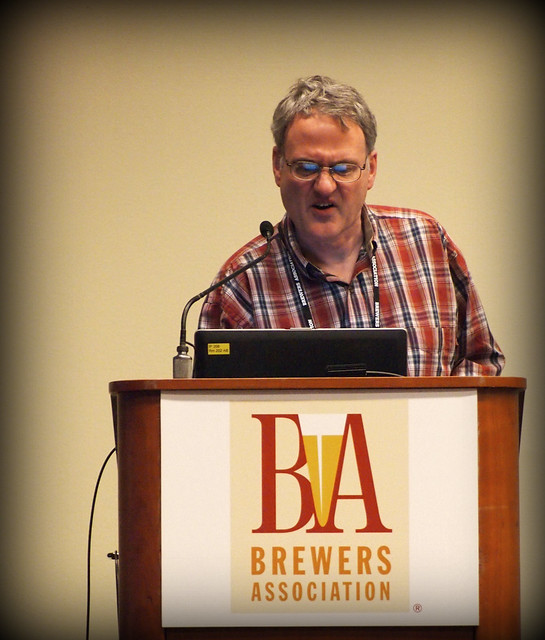 Gary giving a presentation on Calculations for Routine Measurements and Parameters in the Brewhouse and Brewery Lab, at CBC, when it was in DC in 2013. [Photo by Thomas Cizauskas. Thanks, Tom!]