The original rogue, Jack Joyce, who founded Oregon Brewing — better known today as Rogue — would have celebrated his 80th birthday today. Sadly, he passed away in late May of 2014. Join me in drinking a toast to Jack’s memory today. Jack (on right) at the Oregon Brewers Festival with Fred Bowman, co-founder of Portland Brewing and Tom Dalldorf, Celebrator publisher. At the OBF Parade in 2007, Jack Joyce with festival organizer Chris Crabb await the arrival of the mayor. 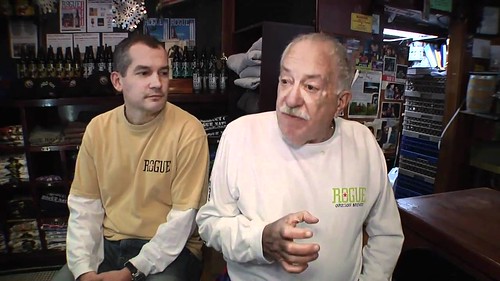 Brett and Jack Joyce from an interview by World Class Beverages in 2010. One of the best photos of Jack I’ve seen. This was taken by Leah Nash for a New York Times article entitled Food and Fuel Compete for Land.