Today is the birthday of John Gillooly, who’s the brewmaster at Drake’s Brewing. I’m not sure where I first met John. It may have been when he was brewing at Speakeasy, but I feel like I must have run into him when he was at Golden Pacific years before. In between he spent time at Trumer, Dogfish Head and Sonoma’s sadly short-lived Siena Red. He’s been happily brewing at Drake’s now for the past several years, doing great things there. Join me in wishing John a very happy birthday. 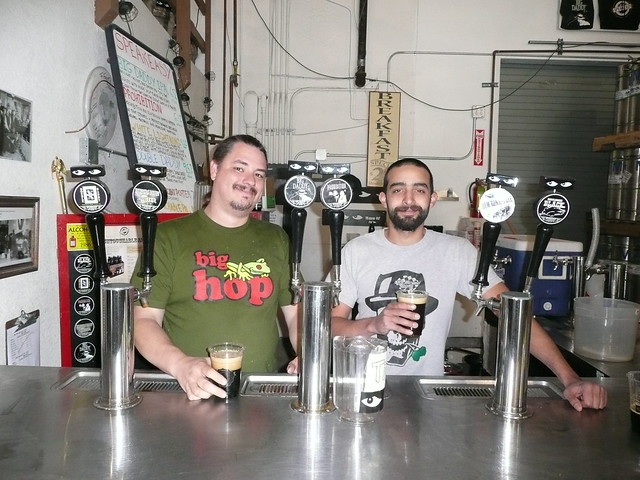 John with Kushal Hall during a visit to Speakeasy in 2009. 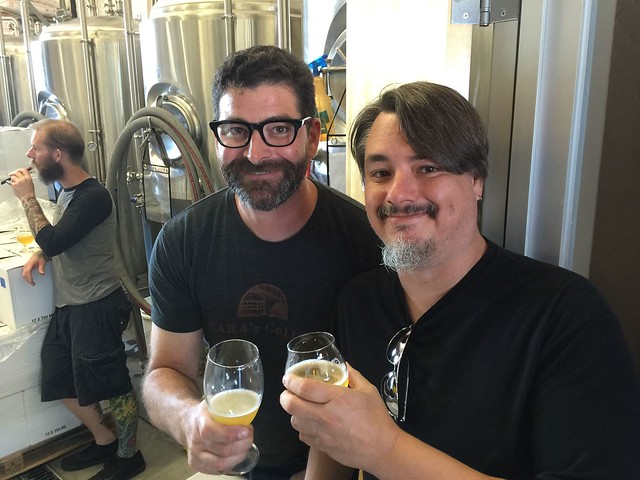 Tim Clifford, from Sante Adairius, with John, in 2015. 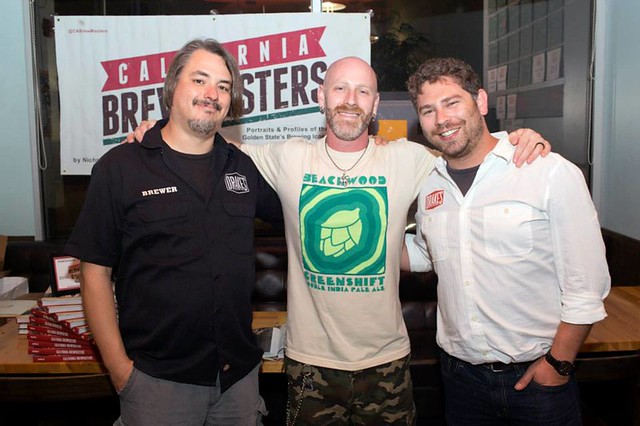 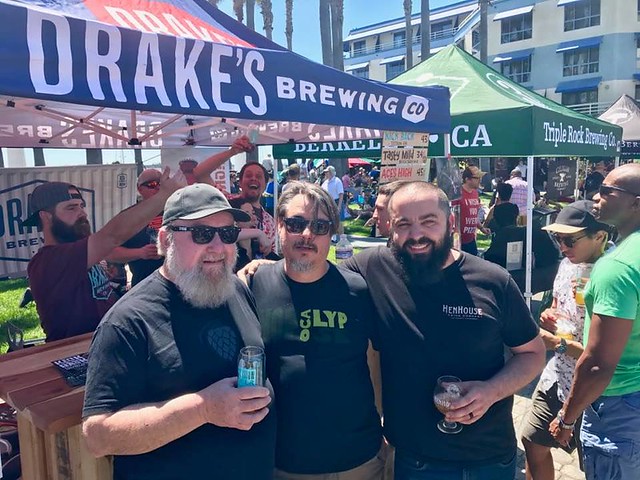