Today is the birthday of fellow Bay Area beer writer Ken Weaver, who’s a neighbor in the next town over. If I’ve done my math correctly, today is his 41st birthday. Ken used to work for Rate Beer, and was also on the staff of All About Beer magazine until they folded. He also wrote The Northern California Craft Beer Guide, with photographs by his lovely wife Anneliese Schmidt. Believe it or not, Ken has a degree in physics from Cornell but chucked it all to follow his heart and preference for writing and good beer. Physics’ loss is beer’s gain. Join me in wishing Ken a very happy birthday. Ken and Sean Paxton at the Boonville Beer Festival in 2010 (purloined from Facebook). At a North American Guild of Beer Writers meet-up at Breckenridge Brewing during GABF 2012, with Ken and me, dead center. At Lagunitas for Tom Acitelli’s book release party a few years ago, with Joe Tucker, Jeremy Marshall, me, Tom and Ken. 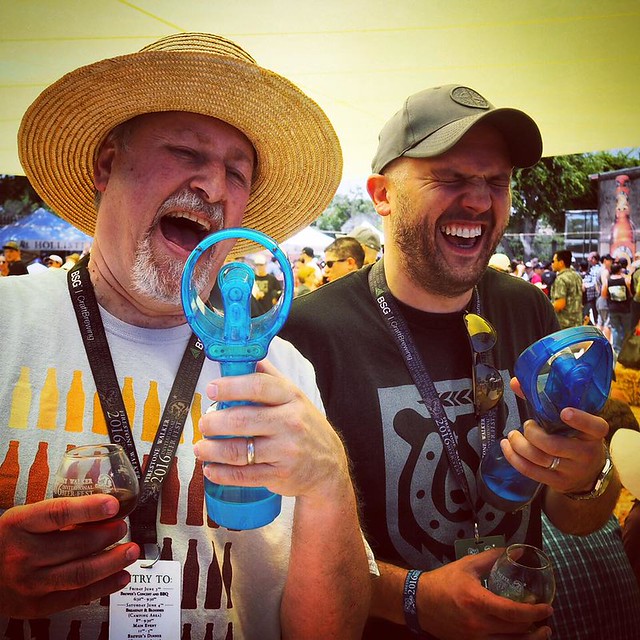 My favorite photo of Ken, at the Firestone Walker Invitational a few years ago.