Today is the 70th birthday — The Big 7- O — of Martyn Cornell. Martyn is an English beer writer who writes online at the Zythophile. Martyn is hands down my favorite brewing historian, and among my very favorite beer writers. His scholarship, research and skill are second to none. I had the pleasure of meeting him and sharing a few pints during a trip to Burton-on-Trent a few years ago, where we met up in London before taking the train north to Marston’s. Join me in wishing Martyn a very happy birthday. 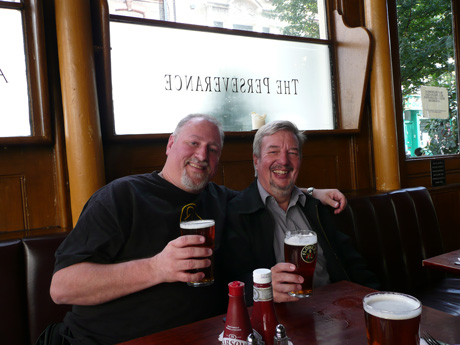 Me and Martyn, sharing a pint at London’s Perseverance in 2008. 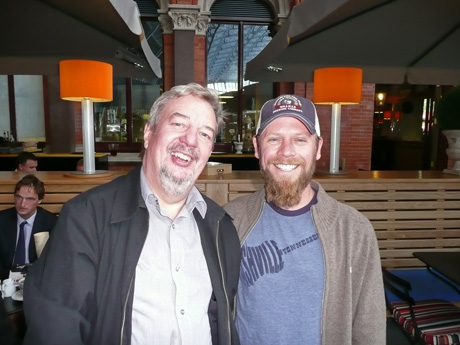 Martyn with a gaggle of beer writers a few years in Copenhagen.