Today is my good friend Melissa Myers’ birthday. Though now several years ago, her most recent brewing gig was at Drake’s Brewing in San Leandro, California. She’s also brewed at Pyramid, Ross Brewing and Magnolia, among others, but now she owns and operates her own beer bar in Oakland, The Good Hop. There’s a stool there with my name on it, and after several years I finally took it out for a spin. Join me in wishing Melissa a very happy birthday. 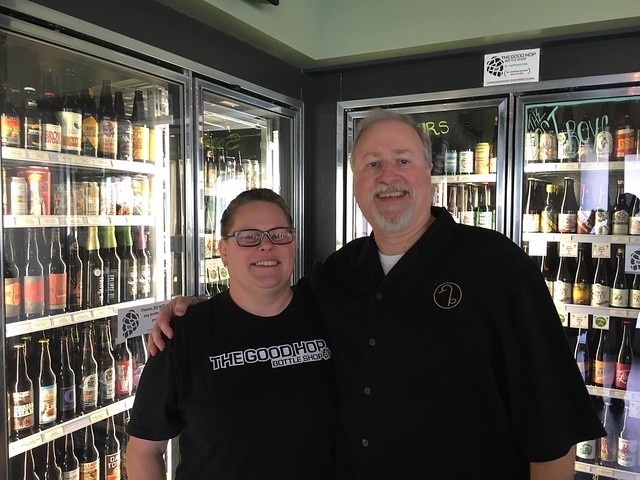 Arne Johnson, of Marin Brewing, and Melissa at the Boonville Beer Festival several years ago. Former roommates Jen Garris and Melissa at the Anchor Christmas Party a few years back. Melissa and me at GABF once upon a time. Melissa in high school, believe it or not. At a Super Bowl party she threw, Melissa made the mistake of showing me this photo while I had my camera in my hand. I snapped a quick picture of it in the photo album, which is why is looks out of proportion and a little fuzzy. I had to seriously crop it and straighten it out and generally fix it up. But I think the effort was worth it, don’t you?