Today is the 77th birthday of Nick Matt, chairman and CEO of F.X. Matt Brewing in Utica, by the Adirondack Mountains of upstate New York. The brewery was originally founded in 1888, and their main brand today is Saranac. Nick is an active member of the beer industry, and especially through the Brewers Association, and a big supporter of the community as a whole. Join me in wishing Nick a very happy birthday. Nick and Fred Matt at the Rare Beer Tasting at Wynkoop during GABF. A promo shot at the brewery, Nick with his nephew, and company president, Fred Matt. 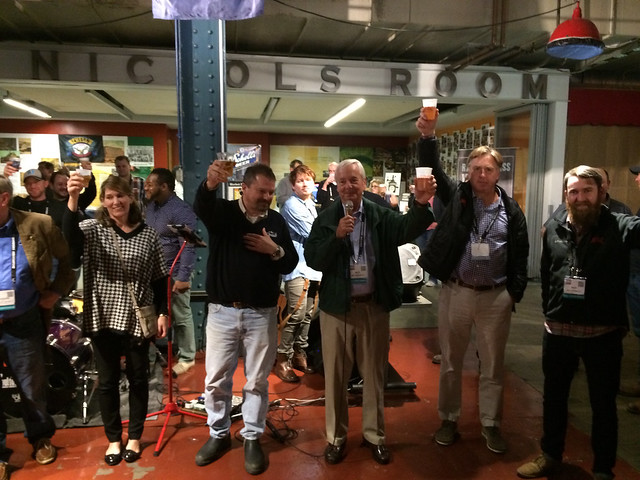 Nick leading a toast at the American Legacy Brewers Hospitality Night a couple of years ago in Philadelphia during the Craft Brewers Conference.