Today is Ralph Olson’s 72nd birthday. Ralph was the general manager/co-owner of HopUnion, a co-op that supplied hops to many of the craft breweries. Ralph is retired but for awhile I’d still see him at occasional beer events throughout the country, but not as much lately. He’s been a good friend to and very supportive of the craft beer industry. Join me in wishing Ralph a very happy birthday. Ralph Olson, the Big Cheese from HopUnion. If you look carefully in between his “Sponsor” and “Exhibitor” badge you can see his title really is officially “the Big Cheese. Ralph and me at the end of the brewer’s reception at GABF in 2007. Dave Keene, from the Toronado, Dave Pyle, Ralph and Becky Pyle, who are also with HopUnion, along with my friend Dave Suurballe. 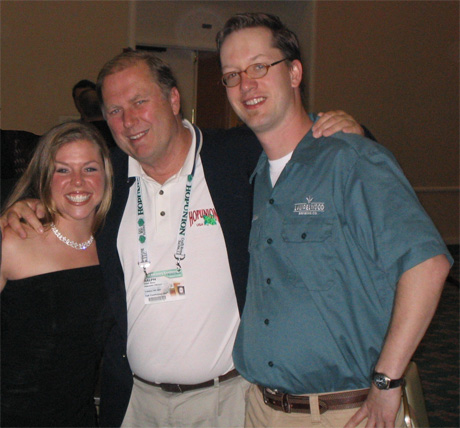 Ralph sandwiched between Jessica, the former event coordinator for the AOB and Chad Kennedy, brewer at Laurelwood Public House & Brewery in Portland, Oregon at GABF in 2006. 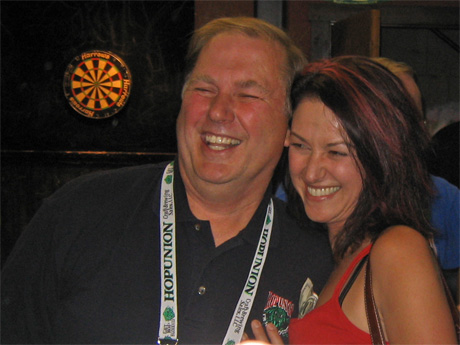 With Natalie Cilurzo of Russian River Brewing, who’s accepting an award at the Alpha King Hop Challenge in 2006. If you look closely, you can find the award money. 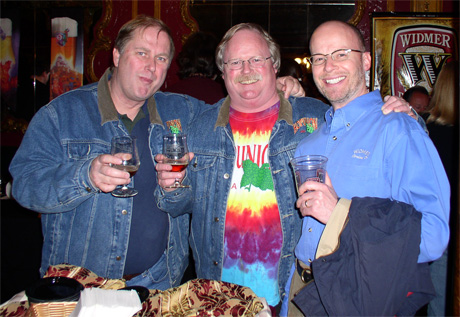 Ralph with the other HopUnion Ralph, Ralph Woodall, and Rob Widmer, the younger half of Widmer Brothers Brewing, at the 15th Anniversary Party for the Celebrator Beer News.