Today is the 64th birthday of Sabine Weyermann, co-owner of Weyermann Malting in Bamberg, Germany. If you’ve visited any of the Craft Brewers Conferences, you’ve no doubt seen the bright yellow and red of the specialty malting company, which is sold in the U.S. by the Brewers Supply Group. Sabine’s family began the Weyermann Malt company in 1879, although she can trace her family back at least as far as 1510. She’s an amazing person, and her malt has helped fuel many a small and large brewery. Join me in wishing Sabine a very happy birthday.

Sabine and me at CBC earlier this month in Minneapolis. 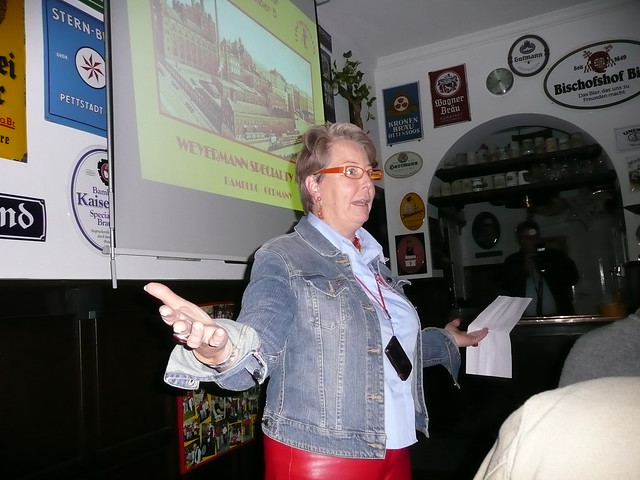 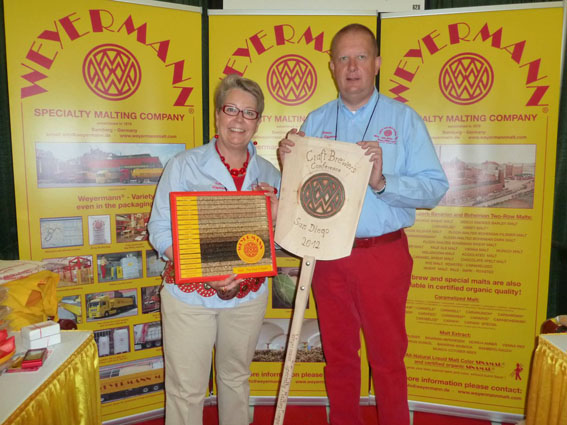 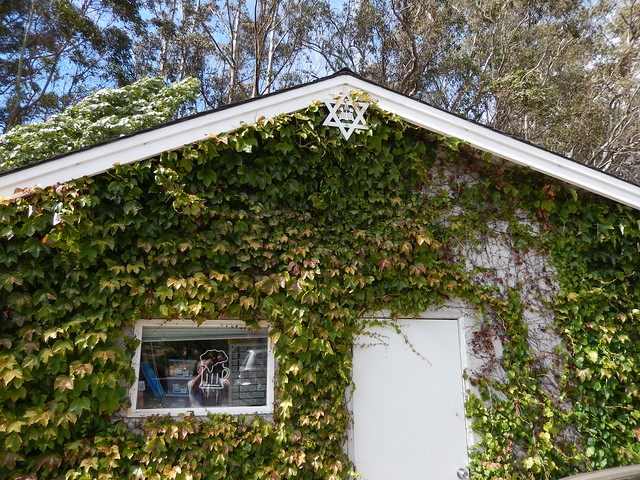