You are here: Home / Breweries / Big Changes At A-B InBev

Wow, there’s a lot going over at Anheuser-Busch InBev, and besides the slip in sales of their core brands. Last week, rumors abounded that ABI was planning to roll out some version of 100% Share of Mind, which had been the “unofficial” policy until a few years ago, when it became unworkable. I wrote about it four years ago as it started to wane in Losing Their Share of Mind, and you can get the history and background of the policy there, assuming you’re unfamiliar with it. In a nutshell, A-B insisted that their distributors focus ONLY on A-B and A-B-related brands, and there were ways they had for dealing with those distributors that didn’t toe the line. And it worked well enough while A-B brands were selling well, but when they began to slip, it became harder to enforce and harder for distributors to remain profitable without taking on non-A-B brands, especially craft brands.

The SOTs, which A-B chief Dave Peacock has repeatedly said are not punitive in nature, will certainly be uncomfortable for distributors with growing competing brands in the house, as they try to explain this or that competing display or tap handle on the floor.

It’s got to be even harder this time, with craft beer riding a wave, with great growth, higher rings and consequently more profits. Sell less, make more. Hard to walk away from that, but of course having the best-selling brands is also pretty attractive, too. So what’s a distributor to do?

Today, the other shoe dropped, as Anheuser-Busch President Dave Peacock — and the last of the pre-InBev top executives — resigned effective today. According to ProBrewer

Peacock was one of the few remaining high-level holdovers who had stayed with the company after it was acquired in 2008 by InBev. He was only one of two non-Busch family members to hold the title of CEO.

Peacock is well liked by wholesalers and is known as reasonable, fair and an advocate for the second tier. The latest pressure on wholesalers by InBevAB may certainly have prompted Peacocks departure.

Peacock began his career at A-B in 1992 and was promoted to president in 2008 in the wake of the acquisition after serving as VP-marketing since late 2007. Many U.S. executives departed after the InBev takeover, but Peacock was handpicked by the new owners to lead the U.S. operation.

Harry Schuhmacher, in his Beer Business Daily, broke the news this morning, calling it “a watershed moment in the history of A-B since its acquisition by InBev.”

Coincidence? Hard to imagine the two developments are completely unrelated, especially since Beer Business Daily, presumably working from a press release, states he’s leaving “to spend more time with his family and pursue other business interests.” I’m always more than a little suspicious when that’s the official reason for leaving, as it so often is in circumstances like this one.

Peacock is succeeded by Luiz Fernando Edmond, who until today was the Zone President of North America. Oh, and Bud Light Platinum is coming soon, in the cobalt blue bottle, and should be on store shelves as early as this week. They’re calling it a “game changer,” but I tend to think these other two developments will change the beer landscape far more than a Bud Light line extension. 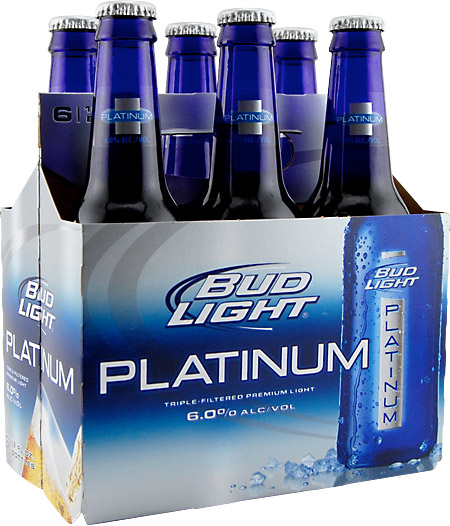