The 7th annual Double IPA Festival was held yesterday at the Bistro in Hayward, California. There were 42 beers that we judged, narrowing it down to four. All four were terrific beers and any one of them could have ended up in first place, though ultimately Ballast Point Point Brewing‘s Dorado was the one we picked. Judging when pretty smoothly and we had a great group this time, including three Brits in town working on a CAMRA book on the west coast. 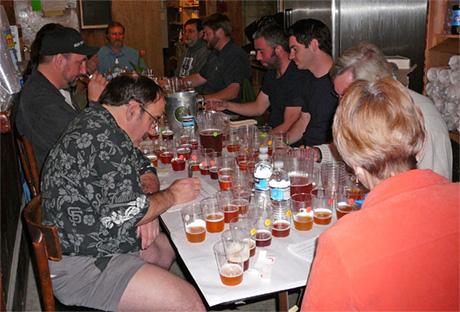 Judging in the cellar, trying to take the final ten beers and pick three winners. 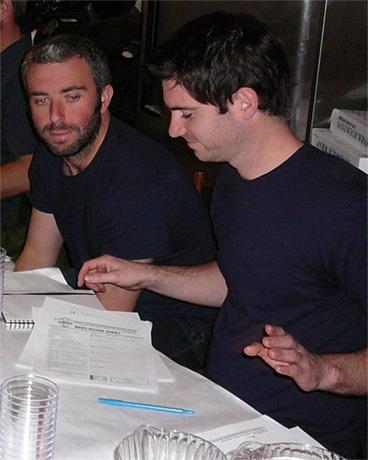 Ben McFarland, this year’s British Beer Writer of the Year, and Tom Sandham. The pair are in town along with my friend Glenn Payne (who helped start Meantime Brewing) to work on a CAMRA guidebook for British and European tourists coming to the west coast. 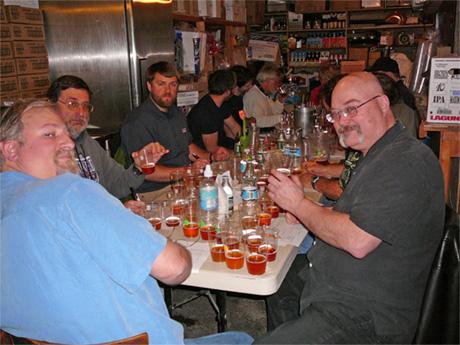 The other end of the judging table, with me flanked by Pete Slosberg and Dave Keene. 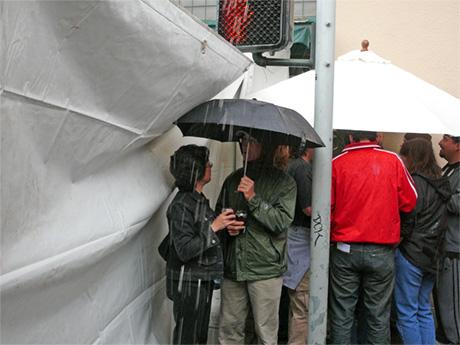 While upstairs it was raining something firece. 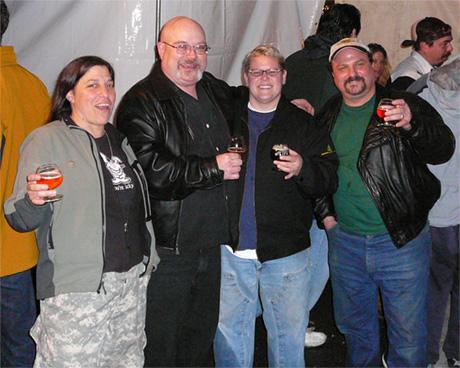 Darn, I forget the woman on the left’s name, but the rest are Dave Keene (owner of the Toronado), Melissa Myers (with Drake’s Brewing) and Ed Chainey (with Anderson Valley Brewing). 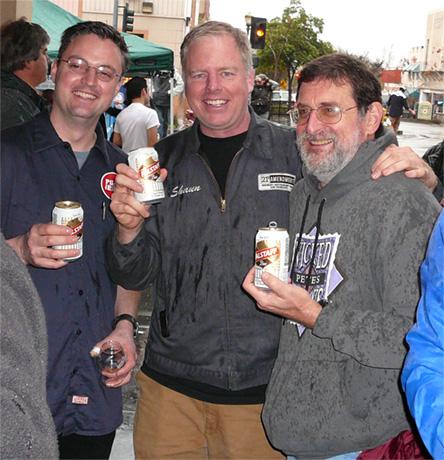