You are here: Home / Just For Fun / Brewhog Determines 6 More Weeks Of Winter Beers For 2018

Over in Gobbler’s Knob, in Punxsutawney, Pennsylvania, Phil the Groundhog — a.k.a. the Brewhog — raised up his head this morning and looked around, and this year and saw his shadow. You know what that means? It’s six more weeks of drinking winter beers this year. Or something about a late spring, I can’t keep it straight. You can see a video of Punxsutawney Phil here. And there’s more information about Groundhog Day at the Punxsutawney Groundhog Club. 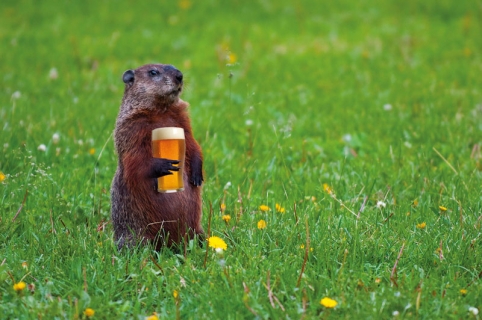 But this year, I suppose given how the year is going, it isn’t too surprising, not every groundhog agrees on what the future hold. For example, both Staten Island Chuck along with Shubenacadie Sam in Canada have predicted an early spring. But General Beau Lee in Georgia agrees with Punxsutawney Phil that we’re in for more cold weather. 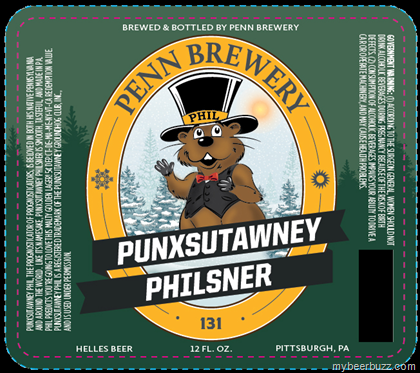 Although another Canadian groundhog, Balzac Billy, from Alberta, Canada, also predicted an early spring and so did Essex Ed of Orange, New Jersey. Ed also predicted the Patriots would beat the Eagles on Sunday so I’m not sure how reliable he is. But so did Big Al, a 14-foot, 1,000-pound alligator, from Texas, who is given KFC chicken each February 2. If he eats the chicken, it’s an early spring, if he passes, then it’s more winter. This year, he ate.

Then again, Buckeye Chuck of Ohio was saying we’re in for more winter

So it’s up in the air whether, I mean weather, we’ll have an early spring or more winter. I tend to go with the original, Punxsutawney Phil, but for no better reason then I’m from Pennsylvania. I guess we’ll have to wait and see. 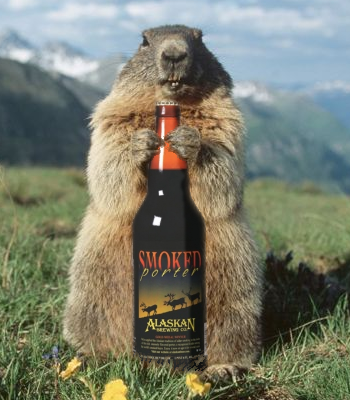 In Alaska, they celebrate Marmot Day.

Fingers crossed. And if you don’t have time to watch all of the deliciously wonderful Groundhog Day film today, here it is in a slightly shorter version just over three minutes.