You are here: Home / Beers / Chateau Jiahu from Dogfish Head

There’s another new beer coming out from Dogfish Head. Sam Calagione’s latest creation is Chateau Jiahu, which is based on an ancient beverage discovered in a pottery jar “in the Neolithic villiage of Jiahu, in Henan province, Northern China.” Approximately 9,000 years old, the concoction was a fermented drink made with rice, honey and fruit. Dogfish Head again worked with Dr. Patrick McGovern, a molecular archeologist at the University of Pennsylvania to faithfully recreate — as far as possible — this ancient beverage.

In keeping with historic evidence, Dogfish brewers used pre-gelatinized rice flakes, Wildflower honey, Muscat grapes, barley malt, hawthorn fruit, and Chrysanthemum flowers. The rice and barley malt were added together to make the mash for starch conversion and degredation. The resulting sweet wort was then run into the kettle. The honey, grapes, Hawthorn fruit, and Chrysanthemum flowers were then added. The entire mixture was boiled for 45 minutes, then cooled. The resulting sweet liquid was pitched with a fresh culture of Sake yeast and allowed to ferment a month before the transfer into a chilled secondary tank.

A very limited number of 750 ml bottles are being produced and should be in stores early next month. Artist Tara McPherson (who also did the label for Fort) did a beautiful label for this beer. 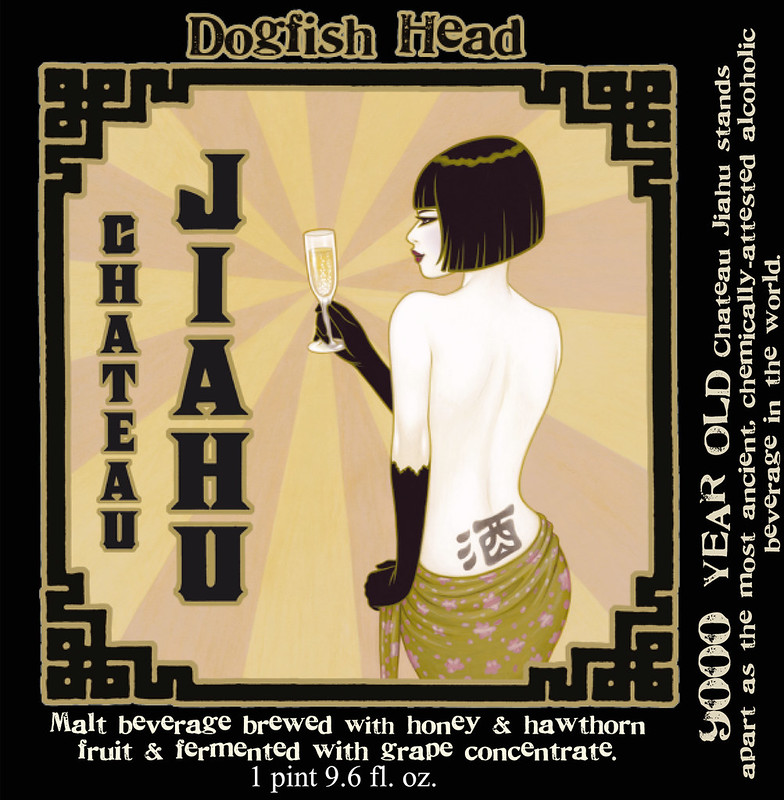