So far, almost all of the news about the deal is from the press release:

Constellation Brands (NYSE: STZ and STZ.B), a leading beverage alcohol company, today announced an agreement to acquire San Diego-based Ballast Point Brewing & Spirits. Ballast Point is one of the fastest growing craft beer companies in the U.S. with a beer portfolio that includes more than 40 different styles of beer, led by its popular Sculpin IPA and Grapefruit Sculpin IPA. The partnership with Ballast Point provides a high-growth premium platform that will enable Constellation to compete in the fast-growing craft beer segment, further strengthening its position in the highest end of the U.S. beer market.

Ballast Point started in 1996 as a small group of home brewers and remains dedicated to the art of making better quality craft beer. Ballast Point will continue to operate as a stand-alone company with its existing management team and employees running the day-to-day operations. The company is one of the most successful and respected craft beer companies in the country, with an expertise in brewing the most premium, highest quality award winning products, and a grassroots approach to innovation that engages beer lovers and home brewers in the process. The Ballast Point team will continue to build on its successful expansion across the U.S., and will now have access to Constellation’s strong financial position and willingness to invest in growth.

“We started this business nearly 20 years ago with a vision to produce great beer that consumers love and to do it the right way,” said Jack White, founder of Ballast Point Brewing & Spirits. “To achieve that vision, we needed to find the right partner. The team at Constellation shares our values, entrepreneurial spirit and passion for beer, and has a proven track record of helping successful premium brands reach the next level of growth and scale.”

“We believe in the vision that Jack and his team have created and we’re excited to welcome Ballast Point, one of the most respected craft brewers in the country, to the Constellation Brands family,” said Rob Sands, chief executive officer, Constellation Brands. “Along with imports, craft beer is a key driver of growth and premiumization within the beer industry, with craft doubling its share of the U.S. beer market in the last five years. Ballast Point has certainly been a key driver of that growth. Their business philosophy and entrepreneurial spirit perfectly align with our culture and we look forward to strengthening our position in the high-end beer segment with what is arguably the most premium major brand in the entire craft beer business.”

Ballast Point is on pace to sell nearly 4 million cases in calendar 2015, which would represent growth of more than 100 percent versus calendar 2014. Net sales for calendar 2015 are expected to approximate $115 million. Volume and net sales growth from calendar 2012 to calendar 2014 averaged over 80 percent. Ballast Point employs more than 500 employees, produces beer in four facilities in the San Diego, CA area, and sells its beer in over 30 states.

Constellation Brands plans to purchase Ballast Point Brewing & Spirits for approximately $1 billion. The purchase price values the acquisition multiple of the projected calendar 2016 Ballast Point EBITDA in the mid-to-high teens range. Constellation estimates that on a comparable basis (1), the acquisition is expected to be neutral to diluted earnings per share for fiscal 2016 and $0.05 to $0.06 accretive for fiscal 2017. The transaction will be financed with cash and debt, and is expected to close by the end of calendar year 2015, subject to customary closing conditions. 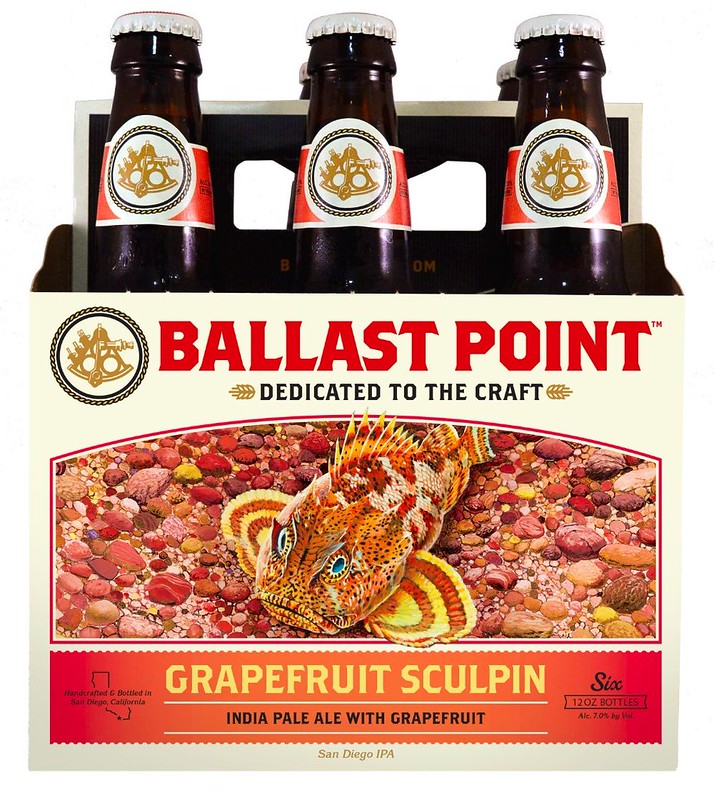