I saw Sam only briefly at GABF last week, not long enough to have a conversation. He was finishing a panel talk on pilsners with Matt Brynildson and Vinnie Cilurzo, and I had the stage next, to announce the North Amercian Guild of Beer Writers awards. We shook hands, and hugged, and he was off to the next event. I wish I’d had more time, because he obviously had some news. Dogfish Head announced this morning that LNK Partners, a private equity firm based in New York, has bought a 15% stake in the craft brewery, and will also hold one of the five voting seats on Dogfish Head’s board.

In the Beer Street Journal, Sam told his employees and co-workers the news.

Today, I am excited to announce that Mariah and I added a new asset as external support to Dogfish Head – LNK Partners. You are likely thinking, who or what is that? Well, they are an incredibly smart and experienced group of people who have worked with companies of all sizes and styles like Levi’s, Performance Bicycle, Gatorade and Calvin Klein to help those guys achieve their goals in their respective industries. LNK is making an investment to own 15% percent of our company…

He also said he plans to eventually repurchase the shares from their private equity partner, but the cash infusion was necessary at this time to allow for Dogfish Head to continue on its growth path. They also recently finished a $50 million expansion, which was almost entirely financed with bank debt.

Brewbound has further details on the announcement. 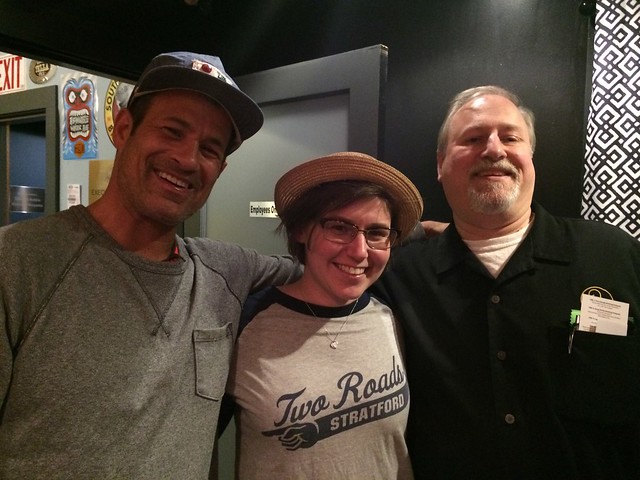 Sam, Emily Sauter (from Two Roads Brewing) and me at Belmont Station during the Oregon Brewers Festival in Portland earlier this year.