Last year, my friend Fal Allen left for Singapore to open an American-style craft brewery for Asia Pacific Breweries. Archipelago Brewery originally opened in 1931 but by 1941 was sold to Malayan Breweries (which today is Asia Pacific Breweries). Closed since then, it finally reopened July 24 with three craft beers created and brewed by Fal: Traveller’s Wheat, Straits Pale Ale and Trader’s Ale, which is made with “a touch of Gula Melaka (palm sugar) and ginger.”

Combining the best of Western beer brewing techniques and exotic Asian spices, Archipelago draught beers will be created in small, unpasteurised batches to obtain the freshest beers that complement the region’s weather and food – perfectly.

“We wanted to create a craft brew that is distinctly Asian with a strong heritage. With the use of special Asian spices in our beers, the distinctive taste of Archipelago will undoubtedly appeal to beer connoisseurs in Singapore”, said Ms Andrea Teo, General Manager of Archipelago Brewery Company. “With the refined drinker in mind, the signature tastes of the Archipelago Beer range promises both pleasure and adventure with every drinking experience. By introducing specialty craft beer to the market, we also hope to educate the public about the finer points of beer appreciation and beer-food pairing.”

Brewed and crafted in Singapore to ensure maximum freshness and optimal product quality, the new Archipelago Brewery Company is devoted to the art of brewing and the enjoyment of flavour with a unique blend of East and West. Launching the brand are three main variants, Traveller’s Wheat, Straits Pale and Trader’s Ale. All three combine the credibility of Western brewing techniques with Asian ingredients such as lemon grass, tamarind and Gula Melaka, to create what is arguably the first Asian conceptualised craft beer with Asian characteristics.

I can’t wait to get over there and try them for myself. But Fal will be in Denver for GABF in late September. Perhaps he’ll bring some of his new beers with him for us to sample. 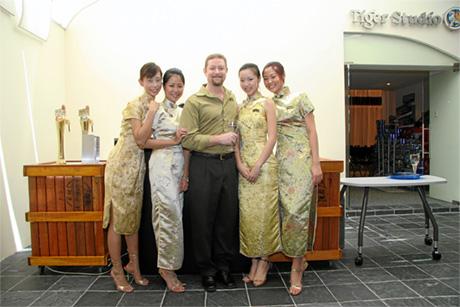 Fal at the brewery opening. 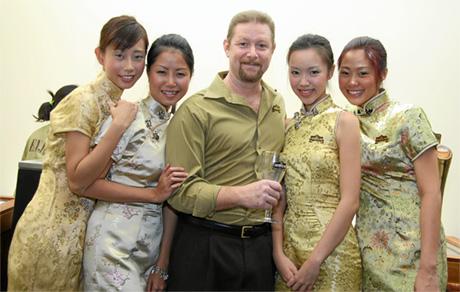