After the Brewers Reception, everybody adjourned, as usual, to the Falling Rock, unofficial HQ during festival week. 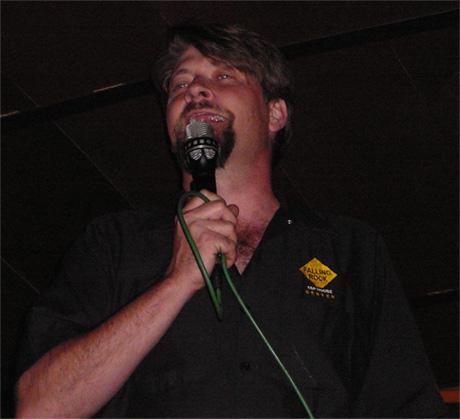 Falling Rock co-owner Chris Black jumped up on the bar to announce the evening’s festivities. 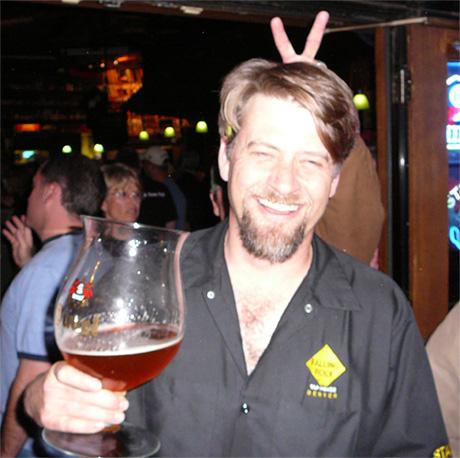 Chris showing off that he’s only having “one” beer all night. 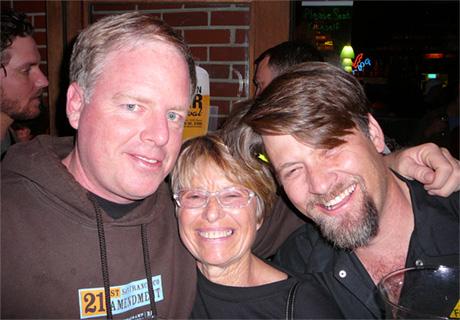 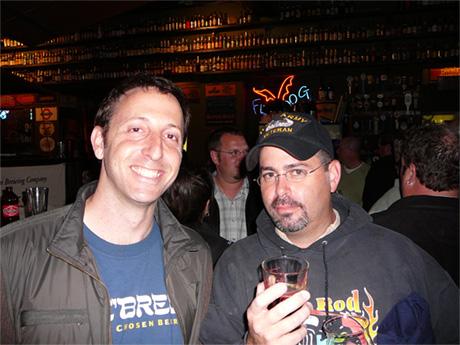 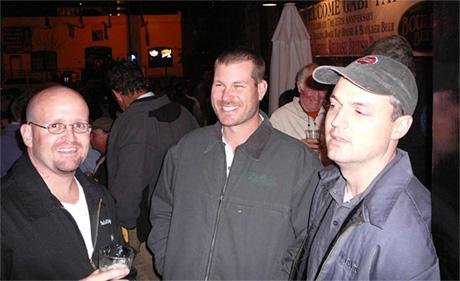 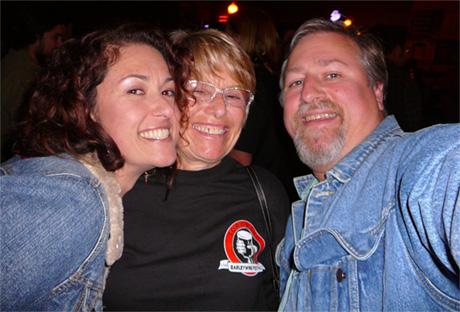 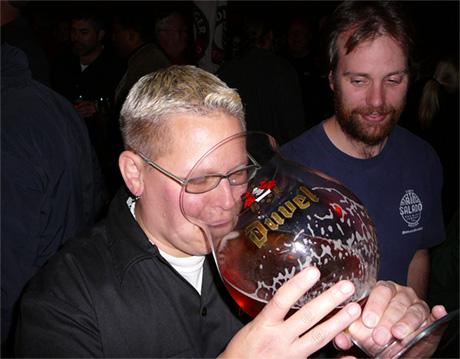 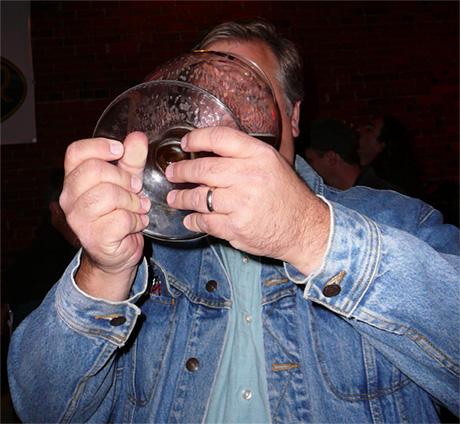 Then passes it to me for a sip. 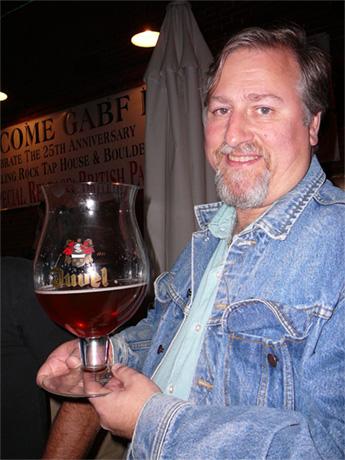 Me with Chris’ big glass (it has its own undertow). 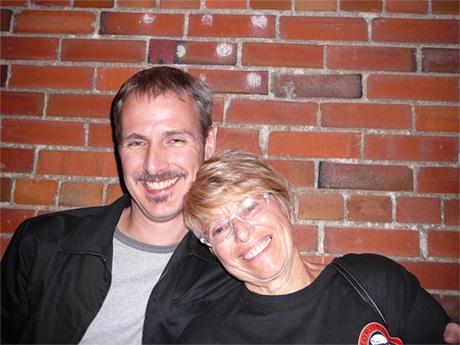 Up against the wall with Stephen Beaumont and Judy Ashworth.

Pierre Celis was there tasting people on his new golden Grottenbier. 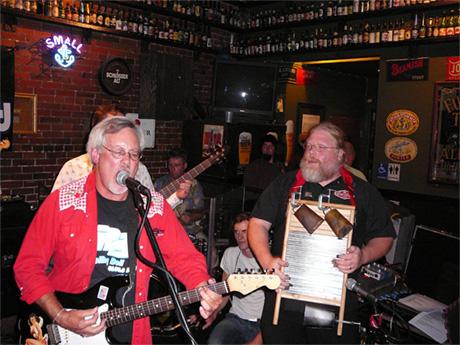 Of course, the Rolling Boil Blues Band rocked the house with Tom Dalldorf on guitar and John Harris from Full Sail on washboard. 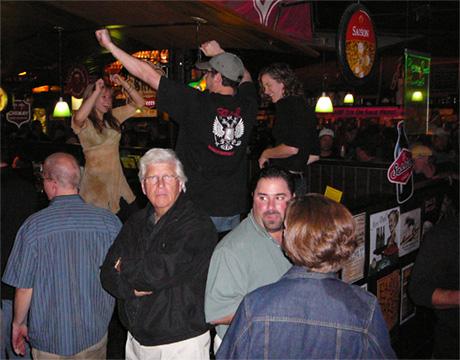 The RB3 had them dancing on the tables.