Today is the birthday of Alfred “Freddy” Heineken (November 4, 1923-January 3, 2002). “He was the grandson of Gerard Adriaan Heineken, who was the founder of the brewery Heineken” in 1864. Under his management, it became a global company and today one of the largest breweries in the world. 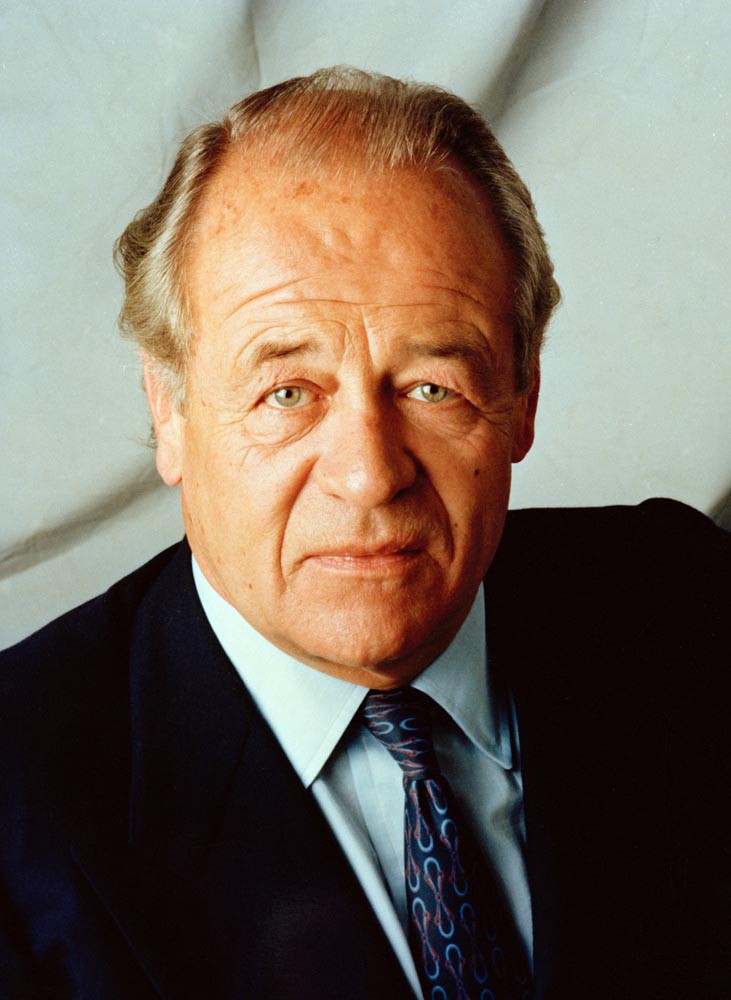 He entered the service of the Heineken company – which by then was no longer owned by the family – on June 1, 1941 and bought back stock several years later, to ensure the family controlled the company again. He created the Heineken Holding that owned 50.005% of Heineken International; he personally held a majority stake in Heineken Holding. By the time of his resignation as chairman of the board in 1989 he had transformed Heineken from a brand that was known chiefly in the Netherlands to a brand that is currently famous worldwide. 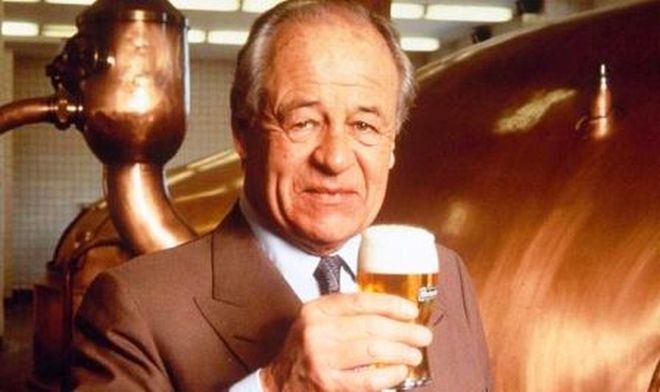 Heineken married Lucille Cummins, an American from a Kentucky family of bourbon whiskey distillers. Heineken died unexpectedly from pneumonia on January 3, 2002 at the age of seventy-eight in his home in Noordwijk. The businessman died around 6pm in the presence of his immediate family, including his daughter Charlene de Carvalho-Heineken. Heineken struggled for some time with deteriorating health, in 1999 he suffered a mild stroke but recovered. Shortly before his death he broke his arm in a fall. Heineken was buried at the General Cemetery in Noordwijk. Heineken’s daughter, Charlene de Carvalho-Heineken, inherited his fortune. Heineken was a member of the People’s Party for Freedom and Democracy (VVD).

One dark period of life occurred when he was kidnapped and held for ransom in 1983.

Freddy Heineken and his driver Ab Doderer were kidnapped in 1983 and released on a ransom of 35 million Dutch guilders (about 16 million Euros). The kidnappers Cor van Hout, Willem Holleeder, Jan Boelaard, Frans Meijer, and Martin Erkamps, were eventually caught and served prison terms. Before being extradited, Van Hout and Holleeder stayed for more than three years in France, first on the run, then in prison, and then, awaiting a change of the extradition treaty, under house arrest, and finally in prison again. Meijer escaped and lived in Paraguay for years, until he was discovered by Peter R. de Vries and imprisoned there. In 2003, Meijer halted resisting his extradition to the Netherlands, and was transferred to a Dutch prison to serve the last part of his term.

There have been two films about the incident, one in the Netherlands starring Rutger Hauer, and a more recent one starring Anthony Hopkins, entitled “Kidnapping Mr. Heineken , released in 2015. 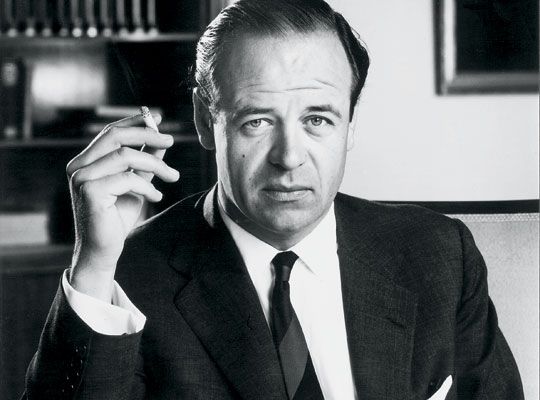 Alfred Henry Heineken, who built an Amsterdam brewer into one of the world’s biggest beer companies, died on Thursday at his home in the Dutch coastal town of Noordwijk. He was 78 and died of pneumonia.

Mr. Heineken, who was known as Freddy, created the green bottle that helped Heineken become synonymous with imported beer in the United States. Aided by the company’s marketing, Heineken was the best-selling import in the United States for many years before it was dethroned by Corona of Mexico in 1998.

Born in Amsterdam in 1923, Mr. Heineken began working for his family’s brewing company at the age of 18, during World War II. The company was started in 1863 by his grandfather Gerard Heineken, who persuaded his mother to back him financially by arguing that there would be fewer displays of drunken behavior on the streets if the Dutch were able to drink a good beer instead of gin.

His grandson Freddy would prove himself equally gifted in the art of persuasion, directing Heineken’s advertising and marketing efforts. ”Had I not been a beer brewer I would have become an advertising man,” he once said.

Shortly after the war, he went to New York and walked the streets of Manhattan presenting samples of Heineken to bartenders. His two years in New York changed Mr. Heineken’s life. Not only did he learn about the export market that would make the company one of the three global giants in beer — behind Anheuser-Busch of the United States and neck-to-neck with Interbrew of Belgium — he also found the partner of his life. In 1948, he married Lucille Cummins, the daughter of a whiskey-making family in Kentucky.

In addition to his wife, Mr. Heineken is survived by his daughter, Charlene, and five grandchildren. Family members continue to control Heineken Holding, which owns 50.1 percent of the brewing company, Heineken N.V.

Freddy Heineken began working at the company’s headquarters in Amsterdam in 1951, and set up its advertising department. He made Heineken’s brand color a bright green and oversaw the bottle’s distinctive design, with the red star logo and a black banner bearing the Heineken name. ”I don’t sell beer, I sell warmth” was his motto.

His talents were not limited to sales and marketing. In 1954, he succeeded in regaining the family’s controlling interest in the brewing company, which his father had sold in 1942.

From 1971 to 1989, Mr. Heineken served as chairman of Heineken, setting the company’s long-term strategy nearly single-handedly. Under his leadership, Heineken grew into a global powerhouse.

The company acquired a Dutch rival, Amstel, in 1968, and Murphy’s of Cork, Ireland, a brewer of stout, in 1970. Today, Heineken has 110 breweries in more than 50 countries. Its beer can be found in more than 170 countries.

Mr. Heineken became one of the wealthiest men in Europe and enjoyed near royalty status in the Netherlands.

But his life was turned upside down in November 1983, when he and his chauffeur were kidnapped. The two men were chained to neighboring concrete cells for three weeks before the Dutch police raided a warehouse in Amsterdam and freed them. The rescue came after a ransom, said to be more than $10 million, was paid.

Afterward, Mr. Heineken limited his public appearances and became very protective of his family’s private life. In 1989, he relinquished his control of the brewing company but he continued to play a role in its running right up to his death.

In November, he resigned as chairman of the holding company that owns a majority stake in Heineken N.V. His daughter, Charlene, was supposed to take over some of Mr. Heineken’s responsibilities at a shareholders meeting in April, but will now do so immediately, the company said. His family will retain its majority ownership of the company. 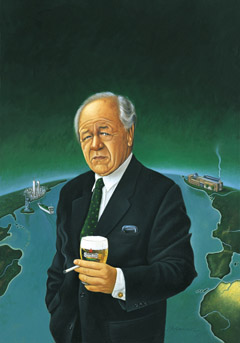