Today is the birthday of Anton Dreher Jr. (March 21, 1849-August 7, 1888). He was the son of Anton Dreher, “an Austrian brewer of the Dreher family.” He exported their pale lager, invented by his father all over the world. 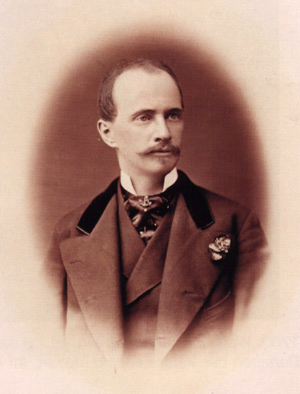 This is his biography, translated from his German Wikipedia page:

After the death of his father in 1863, the Viennese lawyer and later mayor of Vienna, Cajetan, was the guardian of the district of the young Anton Dreher, and also directed the building enterprises to his majority.

Dreher took over the brewery in 1870 and extended it considerably. He also began exporting the lager to overseas. This also bore him the title “Viennese Braukaiser”.

In the mild winter of 1872/1873, Anton Dreher had a cooling problem: he had to bring the ice necessary for cooling from the Styria and from Galicia to the railroad, which caused high costs. That is why he encouraged Carl von Linde to build his refrigeration machine. In 1877, the first prototype of a refrigeration machine was put into operation at the Dreher Brewery in Trieste . Anton Dreher was thus the first beer brewer to introduce the artificial cellar cooling system.

In 1897 Anton Dreher had increased beer production to 740,000 hectoliters, doubling the sales volume of his father. The further increase in production in the subsequent years led to Dreher’sche Brewery becoming one of the largest breweries in the world. In 1905, the brewery was converted into Anton Roter’s brewery.

Anton Dreher was from 1884 Member of the Lower Austrian provincial parliament and from 1902, by Emperor Franz Joseph I appointed, a member of the mansion of the Imperial Council and President of the Central Union of Industrialists of Austria ( CVIÖ ).

After 1900, the brewery Mautner ( St. Marx ) and the brewery of his father-in-law, Meichl ( Simmering ), were able to win the competition for the Schwechat brewery . In 1913, the brewery Schwechat merged with the St. Marx brewery and also with the brewery Simmering to the United breweries Schwechat, St. Marx, Simmering – Dreher, Mautner, Meichl AG . During the First World War the brewery was drastically restricted, but not shut down. 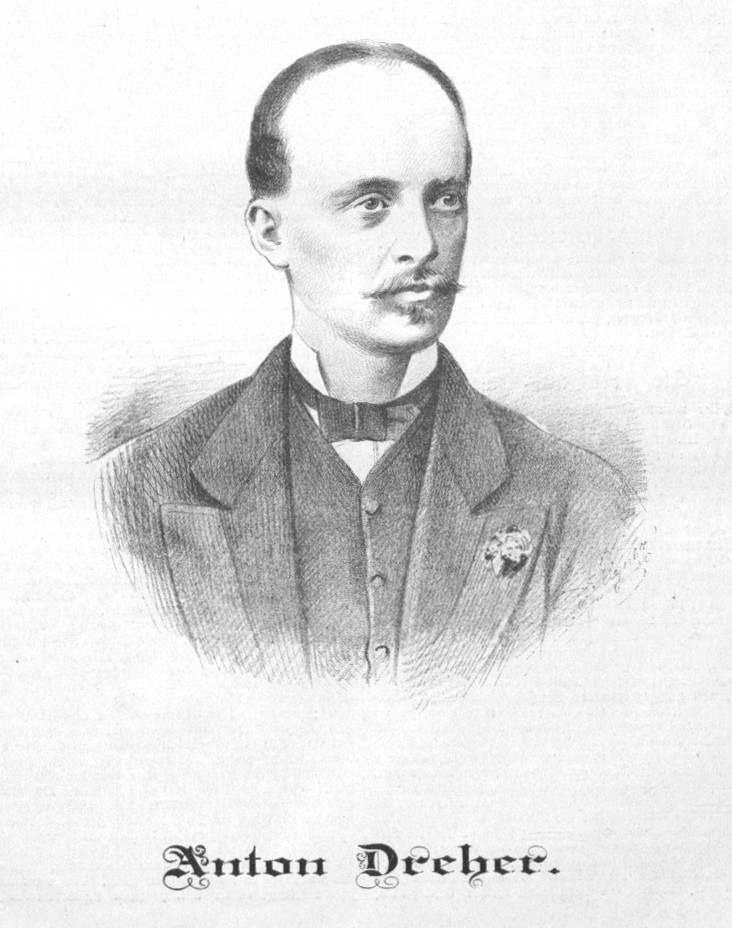 And this is another translation, this one from the Austrian Biographical Dictionary:

Son of Anton Dreher the Elder.

After the early death of his father, a directorate under the superintendent of the later mayor of Vienna, Cajetan Felder, took over the management of the company and enlarged it by acquiring three other breweries.
After attending the Akademisches Gymnasium in Vienna, Dreher visited the Technical College and, from the day of his grandiaturity (March 21, 1870), to his father’s company. On 12 August 1870 he married in Simmering Katharina Meichl (14. 11. 1850 – 17. 2. 1937), the daughter of the owner of the brewery Simmering, Theodor Meichl.

After his three sons entered the company, he was converted into “Anton Drehers Brauerei AG”, a family-owned company. In 1913 the merger with the brewery Mautner Markhof was carried out to the “United breweries Schwechat, St. Marx, Simmering – Dreher Mautner, Meichl AG”.

Dreher’s grandfather, Franz Anton Greher, bought the Brau-Klein-Schwechat brewery in 1796, and today it’s known as Brauerei Schwechat. According to the brewery website, “the brewery Schwechat became the largest of the European mainland and the “Klein Schwechaterlager” consignments went far beyond Austria’s borders. Among other things, Dreher purchased the Michelob brewery near Saaz in 1859, the Steinbruch brewery in Budapest in 1862, and the Trieste brewery in 1869.” 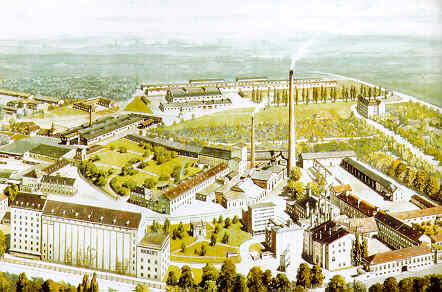 Here the official story of the brewery picks up when Anton Dreher Jr. take over:

After 1863 Anton Dreher sen. Dies, takes over 1870 Anton Dreher jun. (Born 1849), after the completion of the academic high school in Vienna, the management of the Brauereikon Group.

In the “ice-free winter” of 1872, ice needed for cooling, about 100 million kilograms, had to be taken from Poland by rail. These experiences prompted Anton Dreher to deal with artificial cooling and ice-making. Professor Carl von Linde was commissioned to design a cooling machine, which Dreher set up in Brauhaus Trieste in 1877 and then in Schwechat. Dreher was thus the first brewer to introduce the artificial cellar cooling system. This breakthrough invention is still essential today.

On June 4, 1883, Emperor Franz Josef visited the brewery for the second time and gave Anton Dreher jun. The Knights Cross of the Order of Franz Joseph. In 1897 Dreher received the Commander’s Cross, later the Grand Cross of this Order, and in 1902 the Order of the Iron Crown II Class.

1897 produced the brewery Schwechat under Anton Dreher jun. The huge volume of 739,639 hectoliters of beer, which was more than double since the takeover of the brewery by his father. In the following years, the “rotary” breweries with a total production of approximately 1.25 million hectoliters developed into the world’s largest brewery, managed by an owner. In 1905 the brewery was renamed “Anton Drehers Breweries Aktiengesellschaft”. 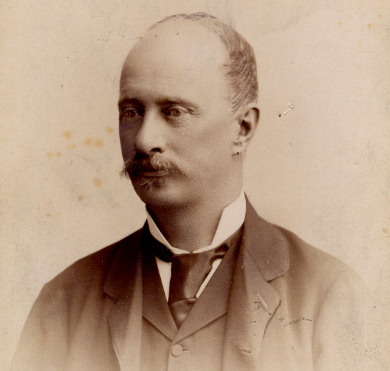 And this is the portion of the brewery’s Wikipedia page that discusses Anton Drehrer Jr.:

In 1837, his son, Anton Dreher, took over the company from his mother and inaugurated a new era in the brewery’s history. In 1839 he turned to Untergärung , which marked the beginning of the lager beer. The breakthrough was made by Dreher in 1841, when he realized that for his under-fermented beer, the “lager” or “Viennese type”, one thing was decisive: cooling. Dreher laid huge cellars and stored ice.

In 1848, Dreher introduced a steam machine to the Bierbrauen, he was supposed to be the first brewer in Austria. The steam engine is now exhibited at the Technical Museum in Vienna. The first cooling machine, which was also the second machine from Linde AG , was installed in the brewery in Trieste in 1877. After the death of Anton Dreher in 1863, his son Anton Dreher junior took over the company of the brewery Schwechat in 1870 and converted it in 1905 into the Anton Drehers brewery stock company . In the face of the beginning of the 20th century mutually growing competition with the brewery St. Marx of Adolf Ignaz Mautner of Markhof and the brewery Simmering of his father – in – law Meichl, the fusion of the three breweries to the United Breweries Schwechat, St. Marx, Simmering – Dreher, Mautner, Meichl AG took place in 1913 . Due to the high quality of the products, the company was awarded the title of a kuk chamber supplier. 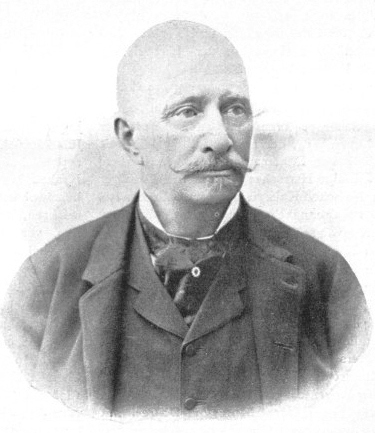 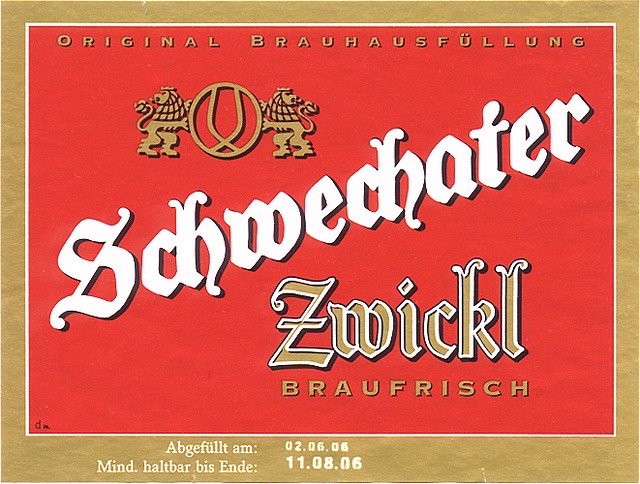 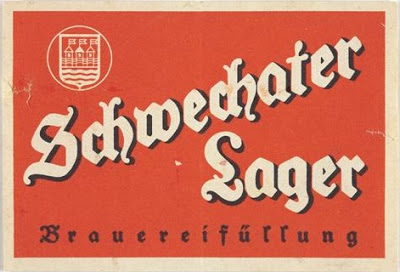