Today is the birthday of Anton Schwartz (April 23, 1853-November 6, 1910). He was a German-American brewer who after college began working for breweries when he was only 17 and built a reputation as a great brewmaster. In 1903, he bought a brewery with two partners, brothers Simon E. and Max E. Bernheimer, and they opened the Bernheimer & Schwartz Pilsener Brewing Company. 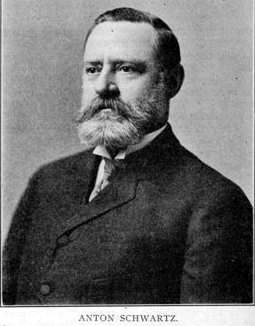 Here’s his obituary from Find a Grave:

Schwartz graduated from New York City College and soon therafter, in 1870, he was engaged by August Schmid and his Lion Brewery in Manhattan and by 1975 became its Superintendent. By 1903, after gaining a national reputation as a brewmaster, he purchased the John F. Betz Manhattan Brewery with brothers, Simon E. and Max E. Bernheimer. After their deaths, he became sole owner of the brewery.

Anton Schwartz died of a self-inflicted gunshot wound at 7 a.m. that morning in the family’s third floor apartment located No. 2 West 86th Street in Manhattan (the Central Park View Apartments) over the death of his only son, Adolf, aged 24, who died of spinal meningitis six weeks earlier while he and his wife and daughter were on holiday in Germany. All three learned of his sudden illness and immediately set sail back to New York City, only to arrive less than 24 hours after his death. Adolph was the only son and was being groomed to take over the family brewing business. The death of Adolph threw Schwartz into a melancholia that manifested in his failure to attend to the brewery’s business and, near the end, reclusiveness.

The family is not without similar tragedy as ten years earlier, in 1900, Anton’s mother-in-law, Mary (Mrs. Meinrad) Kleiner, committed suicide by inhaling gas from her bedroom heater by removing the tubing and placing it in her mouth.

Schwartz’s paternal grandfather was Gen. Anton Carl Schwartz, lieutenant in the German Army, who was born in Carlsruhe, Baden. He came to America in 1848 and lived in Springfield, Illinois and was a close friend of Abraham Lincoln. He traveled with Fremont on his expeditions through California, Nicaragua and Central America, suveying the first Nicaraguan Canal. He served as colonel in the Civil War, organizaing Gumbart’s Battery, Second Illinois Light Artillery. Hw was wounded in Shiloh and died a few years later of complications therefrom. 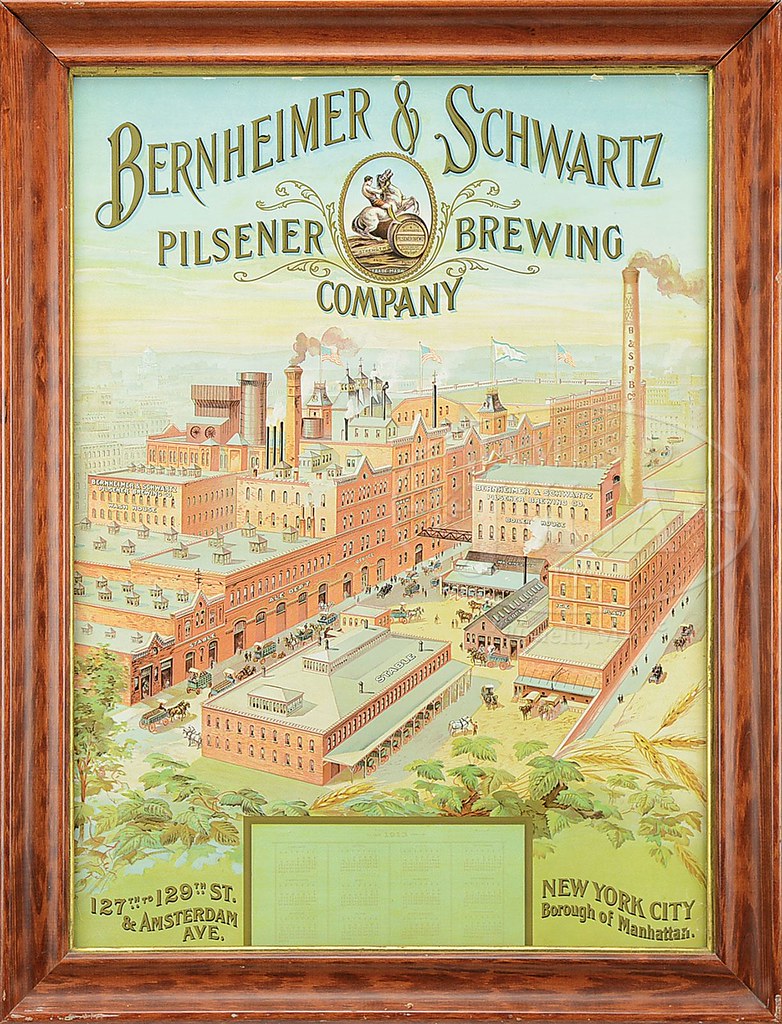 Curiously, the building where they built their brewery had originally been built by Yuengling Brewery in 1876. According to Wikipedia, “The Yuengling Brewery opened in this New York City location in 1876, when there was plenty of land to use in this part of Manhattan. The brewery included a stable with room for one hundred horses, a swimming pool, and large lofts for entertaining. David Yuengling’s Brewery enjoyed initial success, and an 1885 article in the New York Times gave the plant a rave review. It was not long, however, before Yuengling’s management decided to consolidate the company in Pennsylvania and sold the Manhattanville site to the Bernheimer & Schwartz Pilsener Brewing Company in 1903.” It fell into disuse during Prohibition, and by the 1940s the buildings used to store furs, and it became known as the Mink Building, the name it still goes by today. 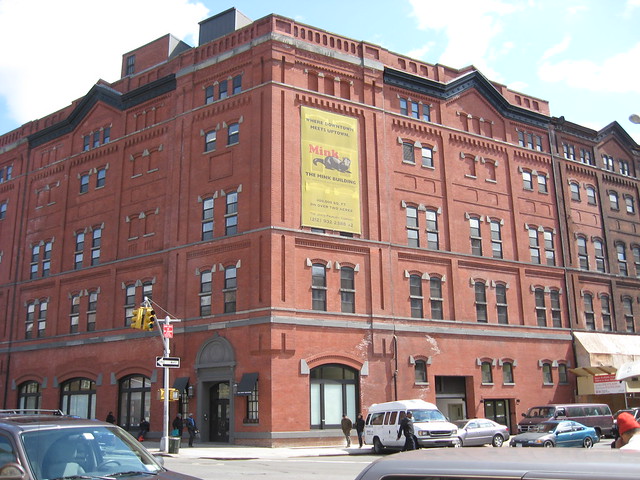 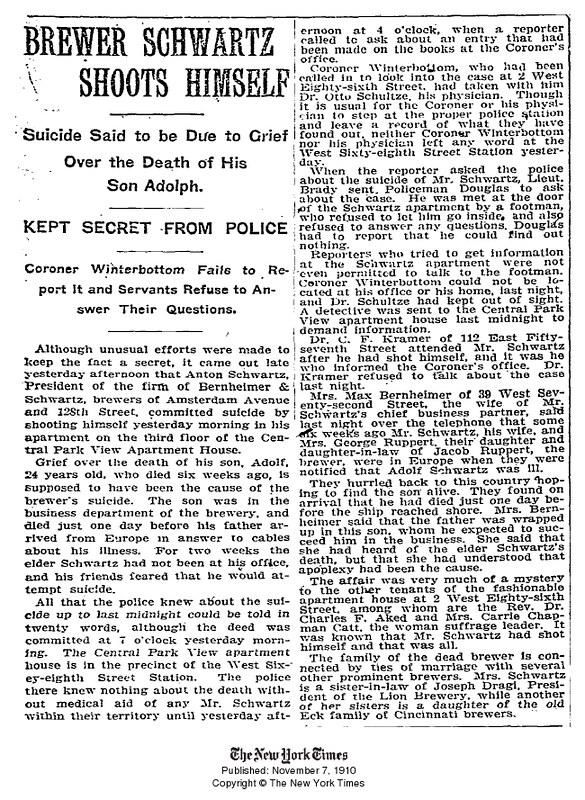 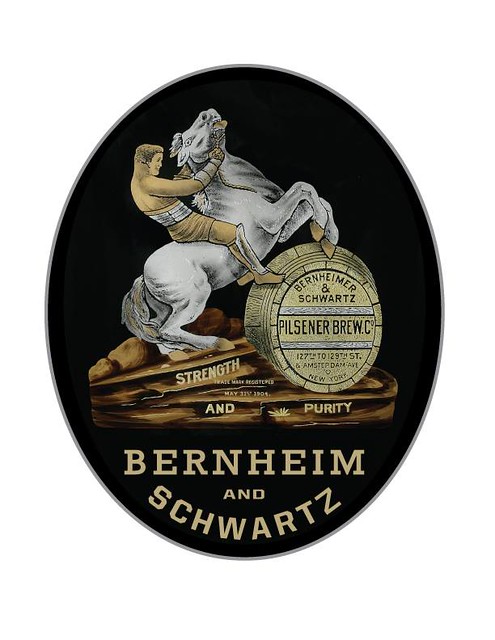