Though his father’s birthdate is uncertain, today is definitely the birthday of Arthur Guinness II (March 12, 1768-June 9, 1855). 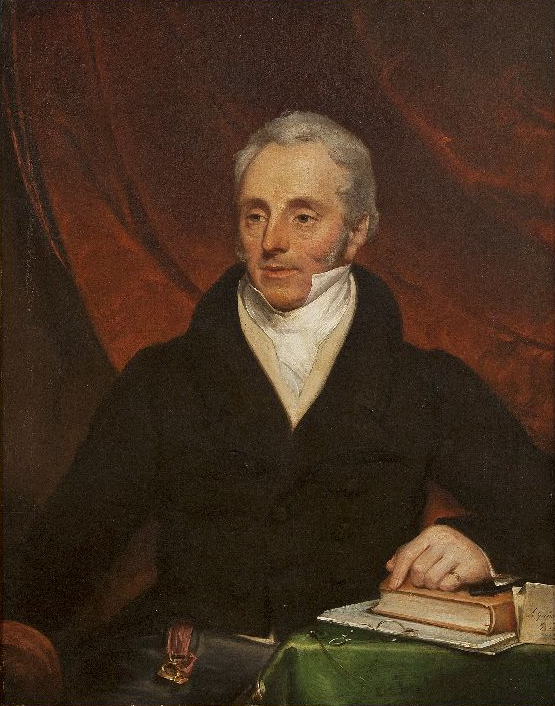 Here’s his story, from Wikipedia:

Arthur was the second son of Arthur Guinness and his wife Olivia Whitmore, and was born at their home at Beaumont House (now a part of Beaumont Hospital, Dublin). He attended White’s Academy in Grafton Street, Dublin, (now the site of Bewley’s). Arthur started working for his father at the St James’s Gate brewery from the 1780s. In 1790 his father, then aged 65, commented in a letter that the expansion of his brewery was partly due to his help:

“..one of my sons is grown up to be able to assist me in this Business, or I wd not have attempted it, tho’ prompted by a demand of providing for Ten Children now living out of one & twenty born to us, & more likely yet to come.”

On his marriage to Anne Lee in 1793 the lease of the brewery was assigned to their marriage settlement, proof that he was intended to take over the management of the brewery on his father’s death. At the time his younger brothers Benjamin (d.1826) and William (d.1842) were also working in the brewery.

In 1782 his father had also founded the “Hibernian Mills” beside the River Camac in Kilmainham to mill flour for the expanding city’s population. This was due to the expansion of Irish exports and commerce fostered from 1779 by the Irish Patriot Party, which the Guinnesses supported. 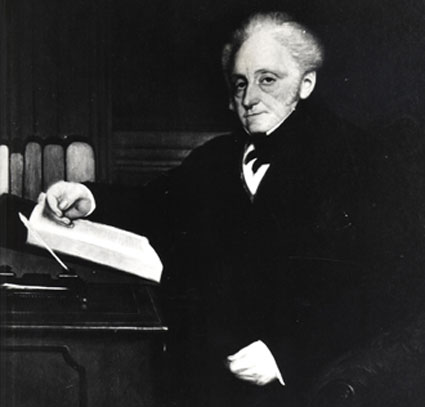 On his father’s death in January 1803, he and his brothers Benjamin and William Lunell created a partnership trading as: “A. B. & W.L. Guinness & Co, brewers and flour millers”. He bought Beaumont House from his elder brother the Revd. Hosea Guinness, who was Rector of St. Werburgh’s Church, Dublin. In 1808 they bought their first steam engine from Boulton and Watt for pumping water.

From its rebuilding in 1797–99 the brewery had stopped brewing ale and concentrated on porter. From the 1820s enhanced and stronger varieties of porter known as “Extra Superior Porter” or “Double Stout” were developed in Dublin for the export trade to Britain. By 1837 the young Benjamin Disraeli mentioned that he had: “.. supped at the Carlton.. off oysters, Guinness and broiled bones”.

In the background Arthur’s brewery benefited hugely until the 1830s from the difference between the malt tax levied in Britain and Ireland, easing his higher-value exports to Britain, and so Arthur became more of a supporter of the union as it was in the 1830s, having been a supporter of Grattan’s form of home rule in his youth.

In 1839 Guinness assisted his nephew John in establishing a short-lived brewery in Bristol. 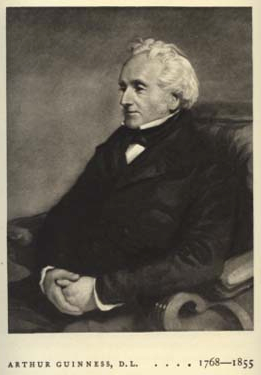