Today is the birthday of George Blackall Simonds (October 6, 1843-December 16, 1919). He “was an English sculptor and director of H & G Simonds Brewery in Reading in the English county of Berkshire. George was the second son of George Simonds Senior of Reading, director of H & G Simonds, and Mary Anne, the daughter of William Boulger of Bradfield. His grandfather was Reading brewing and banking entrepreneur, William Blackall Simonds. He added Blackall to his name after the death of his brother, Blackall Simonds II, in 1905. He was brother-in-law of the portrait painter, John Collingham Moore, and cousin of the botanist, George Simonds Boulger. He served as the inaugural Master of the Art Workers’ Guild in 1884-85. 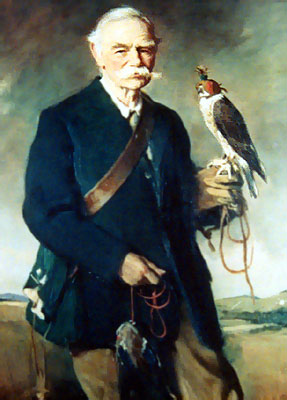 George Simonds was the second son and fourth child of George Simonds Senior of Reading in Berkshire, director of the H & G Simonds Brewery in the same town, by his wife, Mary Anne Boulger. His grandfather was the great brewing and banking magnate, William Blackall Simonds. George became an early student at St Andrew’s College (later Bradfield College) in 1852. In 1858, aged just 15, he went to study sculpture under Professor Johannes Schilling in Dresden, moving on to study under Louis Jehotte at The Academy of Brussels, before living and working for 12 years in Rome from 1864. He returned to London in 1875 and set up his studio at 152 Buckingham Palace Road, moving on to Priory Studios, 21 North Bank in St John’s Wood in 1888. In 1877, he married Gertrude Prescott, an American whom he had met in Rome. They had a son George Prescott Simonds in 1881, who was killed in France at the beginning of World War I. George Simonds last exhibited in 1903 and his artistic life ended on the death of his elder brother Blackall in 1905, who in his Will, stipulated that George, as his heir, should take the Blackall name. He then became a Director of the prosperous family brewery in Reading, serving as Chairman from 1910 until his death in 1929. During this period he lived at ‘Rushall Grange’ in Bradfield, and ‘Holly Copse’ in Goring, all close to his mother’s ancestral home, Bradfield House, where he finally settled.

George Simonds’ masterpiece ‘The Falconer’ has been made famous by the version which stands in Central Park in the city of New York. It depicts a young boy in 14th Century doublet, stepping forward and in the act of slipping a huge peregrine falcon. Simonds stays true to his idealist principles and continues the ‘Romantic’ theme of many of his works. The Central Park work (Opus 63) is mounted on a cylindrical granite pedestal perched on a natural outcrop of Manhatten Schist on 72nd Street, east of the Park’s West Drive. The statue itself, standing over 11 feet tall, was cast in a single piece using the ‘cire perdue’ or ‘lost-wax’ process by the master founder Professor Clement Papi (1802-1875) in Florence, Italy in 1870. While in Italy, Simonds learned much about the craft and traditions of lost-wax bronze casting. He later published an article on this subject in the journal ‘American Architect and Builder’ (Vol 19 15th May 1886, pp235-258), in which he argued for the use of lost-wax casting in Great Britain.

The original life sized bronze sculpture of the Falconer (Opus 51) was shown at the Vienna International Exhibition of 1873. From here it was sent on for exhibition in Trieste, Italy, where it was bought by ‘The Society of Arts’ and is now in the ‘Galleria d’arte Moderne del Civico Museo Revoltella’ a city museum. A marble version with the falcon in ‘Electro Silver’ [Opus 88] was shown at the Royal Academy Exhibition of 1875 and depicted in the Illustrated London News of July 24th. George Kemp (1826-1893), a wealthy merchant born in Ireland and who lived in New York City, admired the plaster form for the original sculpture so much whilst on a visit to Rome in 1870 that he commissioned a colossal bronze replica for Central Park without even waiting to see the finished work. It was dedicated in New York on May 31st 1875. Following international critical acclaim, three further small bronze versions were later completed. Robert Evans, a Beverly native who had admired the sculpture while convalescing in a hospital overlooking Central Park, commissioned a bronze replica for Lynch Park, Beverly, Massachusetts. A mould was taken from the original by local sculptor George Brewster. It was then cast by Gorham Foundry, Newburyport using the lost-wax process in about 1912.

The Central Park ‘Falconer’ has suffered extensive damage, both from weathering and vandals. In danger of toppling in 1937, it was shored up and repatinated. In 1941 it was repositioned. In 1957 a new bronze falcon was fashioned and reattached. Later vandals cut off both the hand and falcon, which compelled the Parks Department to remove the sculpture to storage for safekeeping. In 1982 a replacement was cast and the statue then reset on its pedestal. In 1995 the Central Park Conservancy again repatinated and coated the statue, which today stands as an embodiment of the Park’s rich 19th Century sculptural inheritance, as well as its abundant bird species that includes the peregrine falcon.

Simonds himself was an avid falconer. He became Founder President of the British Falconers’ Club in 1927 and was later depicted with a falcon in his official portrait as chairman of the family brewery, by Sir Oswald Birley RP (1880-1952). In 1884, with a group of young architects and artists inspired by John Ruskin (1819-1900) and William Morris (1834-1896) he founded and became the first Master of the Art Workers Guild in London. Their objective was to create a unified forum for architects, artists and craftsmen. Simonds said of the guild: “…it differs from all Art Societies in that it is not formed for the propagation of any one branch, or style, of art…. I find some things of the spirit of the Studio Life of Rome”.

Other monumental works by Simonds include the ‘Maiwand Lion’ sculpture he created in cast iron for the Forbury Gardens in Reading, England in 1886. It was commissioned by the Berkshire Memorial Fund with the Berkshire Regiment as a ‘Memorial to the 66th Regiment’, who had been almost wiped out in the Battle of Maiwand in the Afghan War of 1880. In 1887, Simonds sculpted a monumental marble statue of Queen Victoria for her Golden Jubilee, which stands outside Reading Town Hall, and in 1891 a bronze portrait of industrialist, philanthropist and biscuit king George Palmer for Broad Street, Reading, which was moved to the local Palmer Park in 1930. Simonds created over 200 works in an extraordinary diversity of media and techniques, mastering; marble, bronze, plaster, terracotta, cameo, silver, brass, wood and cast iron, a remarkable achievement. 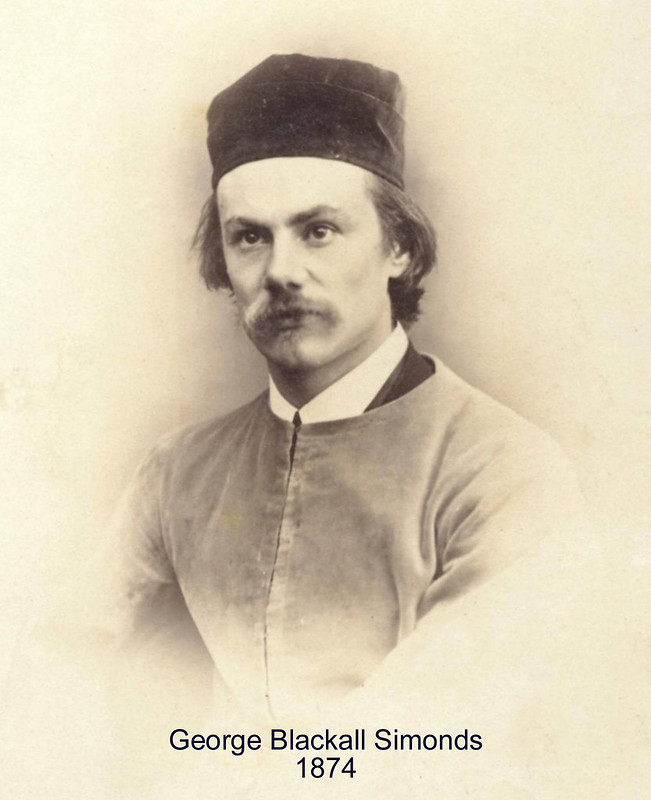 George was a leading proponent of the renaissance ‘Lost Wax Process’ used in casting large Bronze works, publishing variously on the subject in the UK and the USA. George was associated with William Morris (1834-1896) and the critic John Ruskin (1819-1900) much involved in the new ‘Arts & Crafts movement’. He served as the inaugural Master of the Art Workers Guild in 1884. The Guild was formed by a group of young architects who, inspired by the ideals of Pugin, Ruskin and Morris, wished to create a forum where architects could meet artists and craftsmen; it was a response to a widely felt crisis in the Arts. His best known works are The Falconer (1873) in Central Park, New York City (US) and the Maiwand Lion (1886) in the Forbury Gardens, Reading in Berkshire (UK). 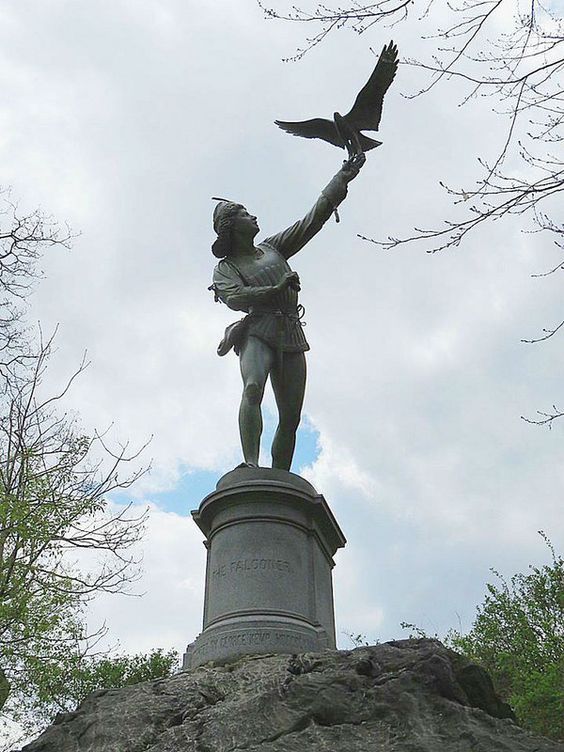 The Falconer, in Central Park, NYC.
He was also a keen falconer. 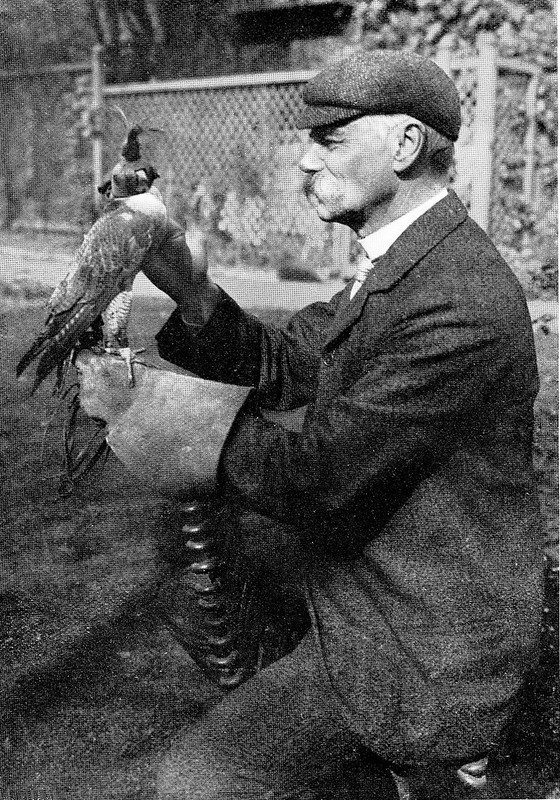 And here’s more about his brewery. 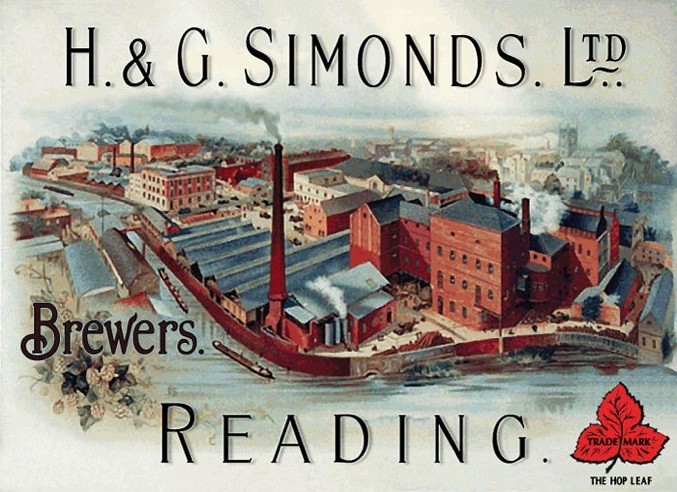 “The Simonds brewery was founded in Broad Street in Reading by William Blackall Simonds in 1785 (although his father had a brewing arm of his malting business as early as 1760). The company moved to Bridge Street, where it remained until 1978. The site is now occupied by The Oracle shopping centre. Simonds became a very early limited company in 1885, taking the name of H & G Simonds from William’s two sons, Henry and George. The latter was the father of a later director, George Blackall Simonds, a sculptor.”

“The company amalgamated with Courage & Barclay in 1960 and dropped the Simonds name after ten years. Eventually the firm became part of Scottish & Newcastle who sold the brands to Wells & Young’s Brewery in 2007 and closed the Reading brewery three years later.” 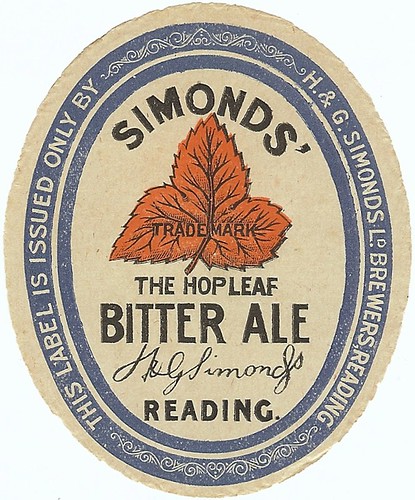