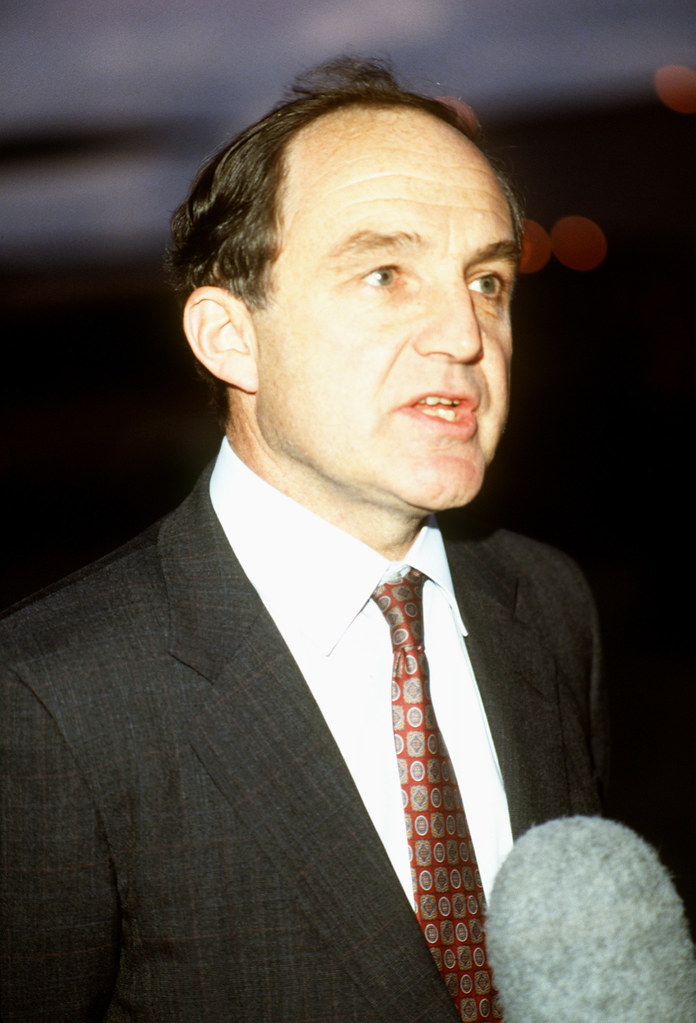 He was born in Stirling in 1931 and educated at Cargilfield Preparatory School, Winchester College, and New College, Oxford, where he obtained a Master’s degree. Joining the British Army, he served in the Korean War with the Argyll & Sutherland Highlanders. On 7 August 1954, he married Diana Tuck, daughter of a Royal Navy captain; they had 4 children.

He first stood for Parliament, unsuccessfully, in North Lanarkshire in the 1959 General Election. Subsequently, he was initially selected to stand for the Kinross and West Perthshire seat in a by-election in late 1963, but agreed to stand aside to allow the new Prime Minister Alec Douglas-Home the chance to enter the House of Commons.

Following in the footsteps of his great-grandfather the 1st Viscount, Younger became Member of Parliament for Ayr in 1964 and served as Margaret Thatcher’s Secretary of State for Scotland for seven years. He subsequently succeeded Michael Heseltine as Secretary of State for Defence in 1986 when Heseltine resigned from the cabinet over a dispute about helicopters known as the Westland crisis.

Younger quit the cabinet in 1989, and joined the Royal Bank of Scotland, becoming its chairman in 1992. He was created a life peer as Baron Younger of Prestwick of Ayr in the District of Kyle and Carrick on 7 July 1992, five years before succeeding to the viscountcy. As such, he continued to sit in the House of Lords after the passage of the House of Lords Act 1999 which expelled most of the hereditary peers.

This is the Meadow Brewery around 1890, before it became known as George Younger & Sons.

This is part of Younger’s obituary from the Independent, the small portion that’s about his time working for the family brewery business, must of the rest is about his political career, which appears to be the primary focus of his life, the beer was apparently just an afterthought, something he had to do.

George Kenneth Hotson Younger was born at Leckie in 1931. After Cargilfield, where he was head boy, he went to Winchester. None of the honours which were later to come his way gave him such pleasure as being Warden of Winchester. After National Service in Germany and Korea with the Argyll and Sutherland Highlanders, he went up to New College, where he read Modern History. Joining the family firm of George Younger and Company, part of Bass, he rose to be a senior sales manager – following the tradition of his great-great-great-uncle William McEwan, who combined a career as a politician with that of successful brewer (best remembered for Mc- Ewan’s Export). As the Edinburgh University Public Orator put it at the degree ceremony for Younger’s doctorate honoris causa in 1992,

There was not for this son an immediate short cut to the boardroom. Instead he worked through the company in a range of roles from labourer to sales manager for Glasgow. He played a significant part not only in brightening up the design of its canned beers but also in the dramatic reorganisation of Scottish brewing which first brought together several of central Scotland’s brewers into United Caledonian Breweries and then merged them with Tennants to form Tennant Caledonian Breweries Ltd, of which George Younger was a director from 1977 to 1979.