Today is the birthday of Henry Foss, a.k.a. John Henry Foss (June 23, 1817-August 13, 1879). Foss was born in Hanover, Germany but emigrated to Ohio. In 1842, he married Elizabeth Rumpeing, but she passed away in 1854 after twelve years of marriage. He then married Adelaide Foss later the same year, and they had 13 children together. In 1867, he became involved with the Louis Schneider Brewery in Cincinnati, Ohio, becoming a partner and it eventually became known as the Foss-Schneider Brewing Co. It closed during prohibition, but reopened when it was repealed in 1933, though closed for good in 1939. 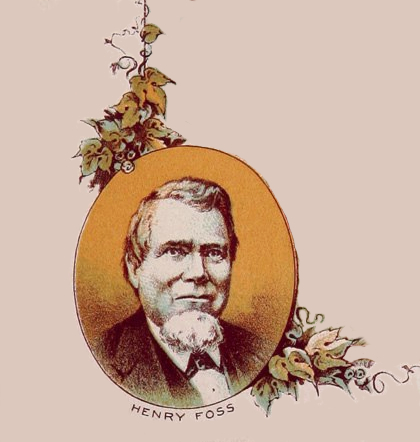 Here’s a biography of Foss, from the “History of Cincinnati and Hamilton County, Ohio: Their Past and Present Including Early Development, Antiquarian Researches, Their Aboriginal History, Pioneer History, Political Organization, Agricultural, Mining and Manufacturing Interests, A History of the City, Villages and Townships, Religious, Educational, Biographies, and Portraits of Pioneers and Representative Citizens, Etc.,” which was published in 1894.

Henry Foss was born in Germany, June 23, 1817, and died in Cincinnati August 13, 1879. After attending the common schools until he was between thirteen and fourteen years of age he was given to understand that from that time he would be expected to “paddle his own canoe,” so he at once commenced the life of a farm laborer, and, to the credit of his industrious habits, it is said that he followed this kind of work faithfully until he was nearly twenty years old. But at that time he somehow or other began to get dissatisfied with the result of his six years’ hard work, so he thought he would “take stock” to see how much he had made, and calculated how much he would be worth in forty years, if he continued at the same business at the same wages — about twelve or fourteen dollars a year. He had nothing at the start; he had wasted no money; had only kept himself clothed, and still he had nothing to show for all his labor but a few dollars, barely sufficient to take him over the sea to the New World. Yet, nevertheless, he was determined to go with a party that was about to leave the village for America. Leaving home on the tenth day of May 1837, the party, consisting of himself and three others, traveled by wagon to Bremen, where they took passage on the ship “Richmond” bound for Richmond, Va. After paying his passage money he had but five cents left, so that it was no trouble for him to conclude to rely solely upon his efforts in the New World of the West — in fact, there was no choice in the matter. After being at sea for several days they encountered a storm of great severity, during which they lost their mainmast and much of their rigging, and were driven back so far that the distance lost was not regained for fourteen days. Besides the above disasters the cook’s galley, with all the cooking apparatus, was swept clean overboard, so that it was three days after before they had a particle of anything warm to eat or drink. At last, however, after twenty-two days. they landed safely at Richmond, Va., our subject having, we suspect, had enough of “life on the ocean wave” to satisfy him, as he never re-crossed it.

After looking around for a day or two, Mr. Foss went to work on the James River canal, at seventeen dollars per month and board. At this he continued for about seven months, when, having saved something like one hundred dollars, he thought he was rich at once, and would soon buy all the land he wanted. Like thousands of his countrymen he judged that the West was the place for him; so he joined a party of twenty-two possessed of the same idea. Clubbing together, the party procured a large team, and started over the mountains to the Kanawha canal, by which they arrived at Wheeling, where they took steamer for Pittsburgh, and at once proceeded down the river to Cincinnati. On landing here Mr. Foss found things so dull that he determined to proceed to St. Louis. Finding matters much the same there, he began to think he had made a mistake in coming west; but he passed over into Illinois with the expectation of going to work on a turnpike at Belleville. It was so swampy there, however, that almost every one who worked there was seized with fever and ague. In this emergency he returned to St. Louis, and from there again came to Cincinnati, where he was advised by his friends to go to work on the Whitewater canal, at Brookville, some forty miles from the city. He walked this distance with his knapsack on his back, and at once began to work at seventeen dollars per month and board. At the end of three months he went to Cincinnati. and sent fifty dollars home to his parents to help smooth the path of life for them. After working on the canal two months longer he was made foreman of a squad of quarry men; while at this work he conceived the idea of learning the stone-cutting trade, and after instructing another in his duties, he went to the yard to learn the trade. In nine mouths the locks of the canal were completed, at the end of which time Mr. Foss came to the city, and was employed at dressing stone until he saw an opening at the locks of the Licking canal, Kentucky. After working there about six mouths he commenced as a stone mason, and having a good eye for mechanics he soon proved an efficient workman, and thereafter could either cut or lay stone. After continuing in this way two years, during which he had sent $500 home to bring out the whole family, and saved $500 besides, on the arrival of his parents and his brothers and sisters they found that Henrv had rented and furnished a house complete for them to go into.

With the $500 in hand he commenced business for himself on a small scale, which he gradually increased from year to year until he employed from fifty to sixty journeymen, and nearly as many laborers. In 1848-49, in connection with Henry Atlemeier, he built the House of Refuge; and while thus engaged the cholera was raging so fearfully that the funerals moving from the city to the cemetery formed a constant procession. The architect of their job. Henry Walters, and many of their workmen fell victims to the epidemic. In 1851 he built the foundations of the Hamilton and Dayton depot, which consumed some 5,000 perches of stone, and completed the job in about three months. He built the church on the corner of Mound and Barr, and adjoining gymnasium in 1857-58, also the foundations of St. Philomena church on Congress and Butler streets; St. Joseph’s, on Linn; Holy Trinity, on Fifth; likewise that of the large block on the corner of Ninth and Walnut; and the church of the Holy Angels (all of stone), Fulton; and the south wing of Bishop Purcell’s seminary, besides a vast number of dwelling houses. He continued this business until 1856, when he sold off his teams and building apparatus generally, and built a distillery on the Plank road, now Gest street, for himself and his partner, with a capacity of 900 bushels per day. After its completion his partner was somewhat alarmed at their great undertaking, so, to make the matter lighter, sold a quarter interest to two other gentlemen, retaining a quarter himself. After conducting the business together for about three months, hard times came upon them, and Mr. Foss’ original partner again became alarmed for fear all would be lost; but not so Mr. Foss, who at once bought the interest of that gentleman, and continued the business with the owner of the fourth interest. The scale soon turned in their favor, and, after eight years of success, having considerable surplus money, Mr. Foss bought the interest of his partners, and carried on the business alone for about two years, then sold out to Mr. John Pfeffer, concluding that he would work a little in his garden, and take things easy the rest of his life. But to his surprise he did not know what to do with himself, and, after laying off about two months, he came to the conclusion that doing nothing was the hardest work in the world. He then formed a partnership with Adam Heitbrink for the purpose of building the foundation of the city Work House. After this was finished he formed a partnership with William P. Snyder and John Brenner, and went into the manufacture of. lager beer, ‘ the capacity of their works at the commencement being about sixty-five barrels per day. This was in December, 1867; in the spring of 1868 it became necessary to enlarge their works, and their business continued to increase. The further connection of Mr. Foss with the great brewing establishment, now known as the Foss-Schneider Brewing Company, is contained in the personal history of his son and successor, John H. Foss, president of that company, and which is contained in this volume.

Mr. Henry Foss was married in 1842, to Miss Elizabeth Rumpeing, a German lady, who was every way worthy to be his wife. Of this union five children were born, all of whom, together with their mother, have died, the latter in 1854. Mr. Foss was married again, during the same year, to Miss Adelaide TeVeluwe, of Zutfen Lechtenforde, Holland, and by her eight children were born to him, seven of whom—John H., William, Edward, Philomena, Lizzy, Rosey and Bernidena—are still living, as is also Mrs. Foss. 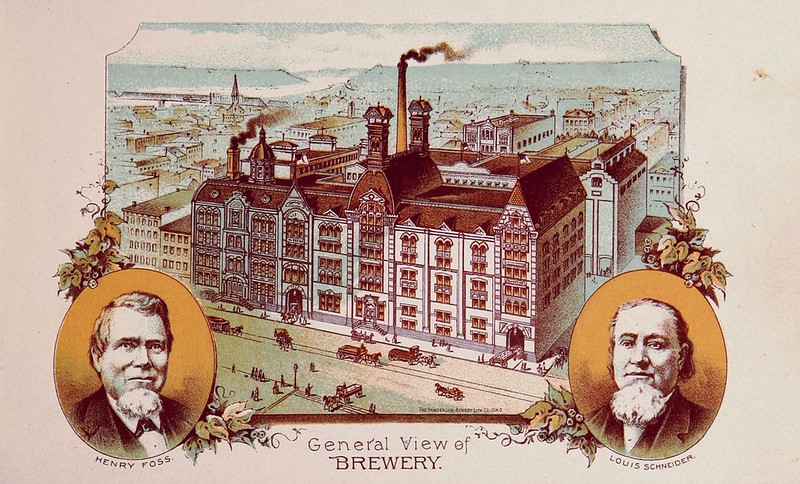 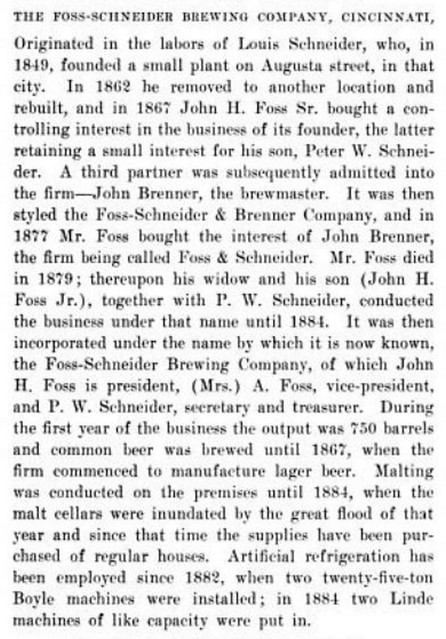 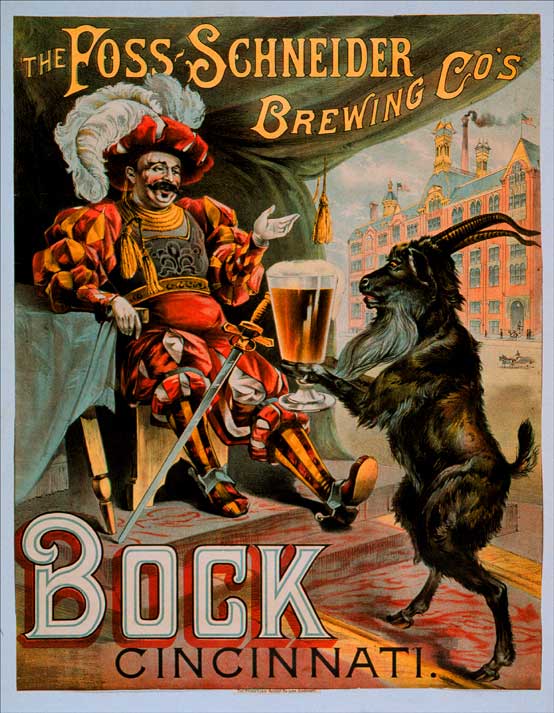 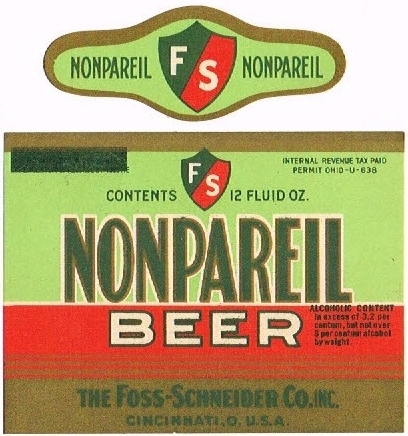