Today is the birthday of Henry Gund (March 2, 1859-July 2, 1945). He was the son of John Gund, who co-founded what would become the The G. Heileman Brewing Company with Gottlieb Heileman. They formed a partnership in November 1858 to operate the City Brewery in La Crosse, but “after nearly fifteen years in business together, Heileman and Gund dissolved their partnership in 1872.” After leaving City Brewing, Gund immediately “established a new brewery on the southern edge of La Crosse that he named the Empire Brewery, and which was incorporated in 1880 as the John Gund Brewing Company.” Gund employed all three of his sons in his new venture, and eventually Henry Gund became president of the brewery after his father’s death. 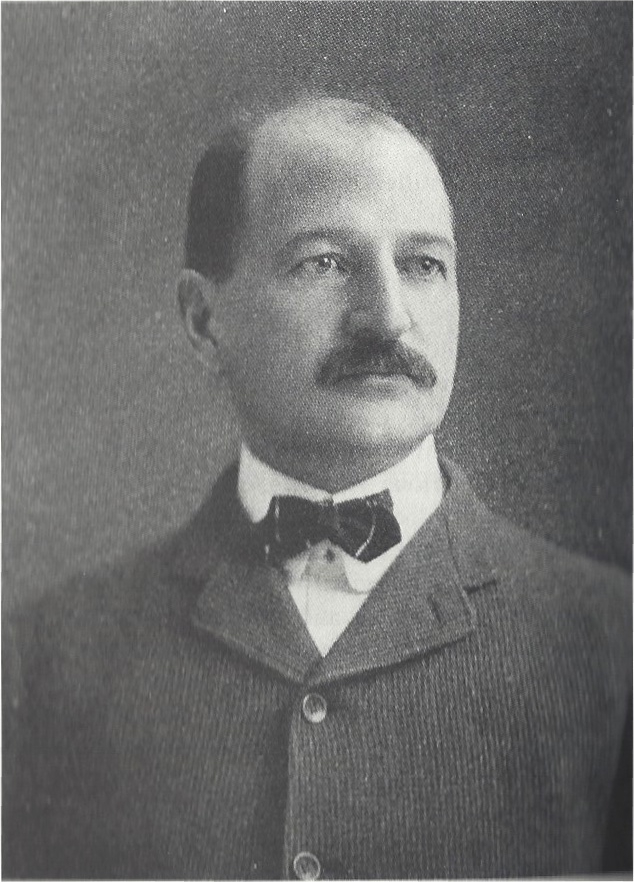 There’s not much biographical information on Henry, and I couldn’t find a photo of him, either. But there was a short write-up in the Biographical History of La Crosse, Trempealeau and Buffalo Counties, Wisconsin, published in 1892, when Henry was still alive, and so was his father. This biography starts with John Gund, and then has limited information about each son. 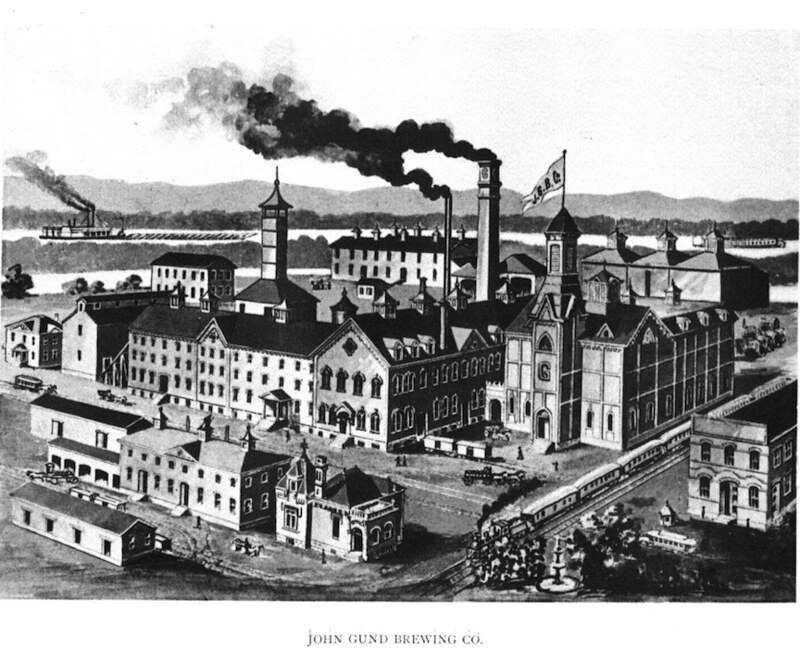 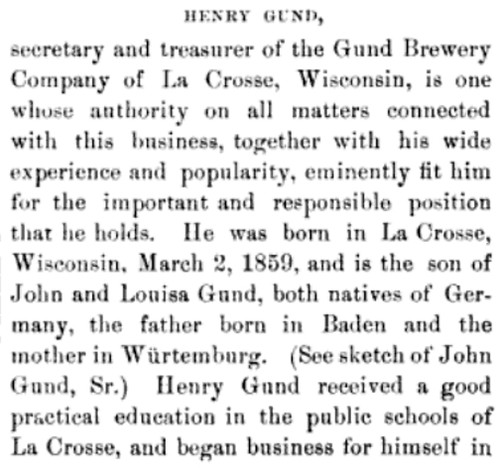 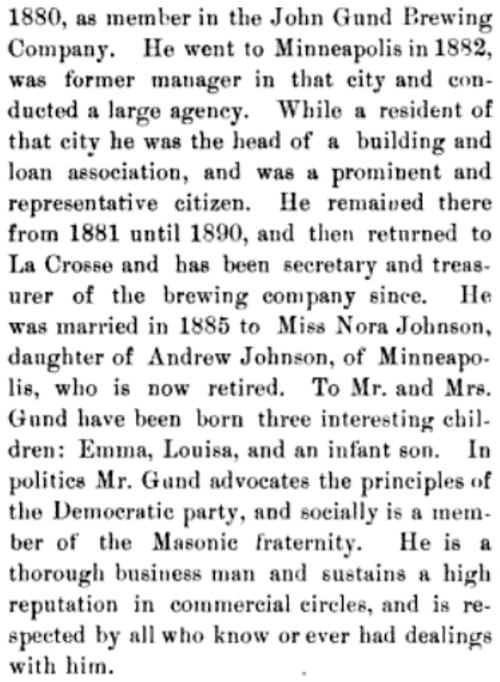 Immigrant Entrepreneurship, under German-American Business Biographies, has a lengthy tale of both John Gund and Gottlieb Heileman

In May 1910, John Gund passed away a few months shy of his eightieth birthday. Fifty-one-year-old Henry Gund assumed control of the firm, which had expanded significantly to become the largest brewery in the Old Northwest outside Milwaukee. It employed 450 workers and owned numerous saloons throughout the region that carried Gund beer exclusively. Despite the firm’s success, the second decade of the twentieth century would be a trying time for Gund Brewing. The First World War fueled the prohibitionist movement in the United States and denunciations of German-American brewers became commonplace. In November 1918, shortly after the armistice ending the war had been signed, Congress passed the curiously misnamed Wartime Prohibition Act banning the production of intoxicating beverages starting in May 1919 and the sale of such beverages starting on July 1. Legal wrangling in the federal courts regarding the definition of “intoxicating beverages” occupied much of the spring of 1919. Many brewers including Gund held that beer with an alcohol content lower than 2.75 percent was non-intoxicating and resumed low-alcohol beer production. Later in the fall, Congress ratified the Volstead Act enacting national Prohibition and set January 16, 1920, as the start date. 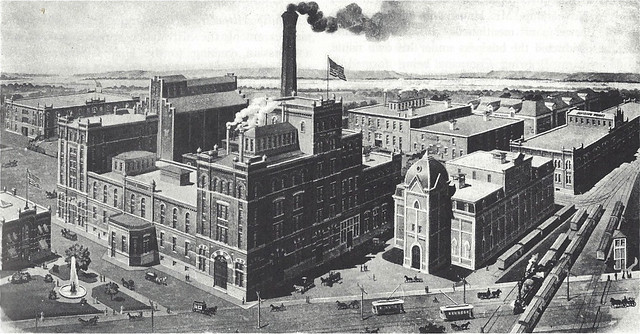 Despite the enactment of national Prohibition in early 1920, Gund and many other breweries continued producing 2.75 percent beer as various lawsuits made their way through the federal courts challenging the legality of the law and the meaning of various provisions. While the officers of the Gund Brewery awaited the outcome of the national legal battles, they faced a more immediate crisis. Local 81 of the International Brotherhood of Brewery Workers went on strike against local La Crosse breweries to ban open shops. Henry Gund refused to negotiate with the strikers and instead hired replacement workers to fill the vacant positions. The situation remained unresolved when the United States Supreme Court upheld the Volstead Act in the summer of 1920 and reinforced the complete ban on sales of alcoholic beverages. The ongoing labor unrest combined with the ban on beer production eventually led Henry Gund and the other corporate officers of the company to shutter the brewery. The corporation was dissolved in 1938 and the Peerless trademark was sold to the Michel brothers who resumed production of the brand. The Heileman Brewery later purchased Gund’s brew house. 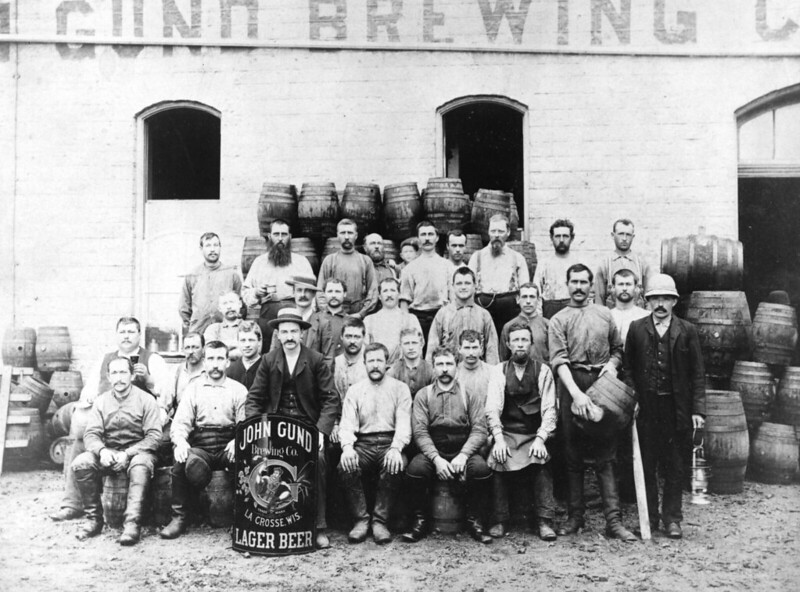 John Gund’s vision of his brewery evolving into a major shipping brewery did not come to pass, and La Crosse did not emerge as a major rival to Milwaukee, St. Louis, or Cincinnati. Nevertheless, Gund had a major economic impact on the community and he influenced the entrepreneurial path of his sons. All three pursued careers in brewing: George in Washington and Ohio, John Jr. in Illinois and Kentucky, and Henry in Wisconsin. They also diversified their business activities into other fields. George entered the financial and mining sectors and earned a fortune through banking and real estate. John Jr. operated a malting facility in Chicago, the Lexington Brewery in Lexington, Kentucky, eventually became head of the Swiss Oil Company and the president of the First National Bank of Lexington. Henry stayed in La Crosse and became a director and later president of the National Bank of La Crosse (later the First National Bank La Crosse) and the president of the Pioneer Real Estate Company, a holding company for the defunct Gund Brewery’s real estate. 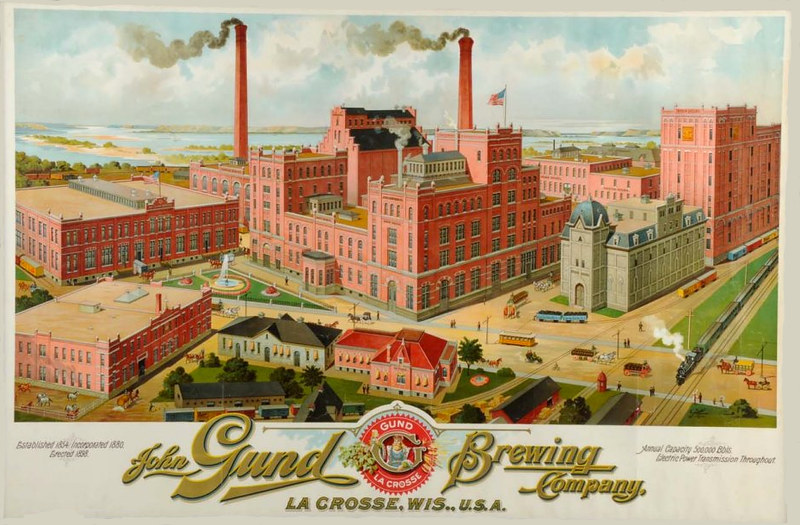