Today is the birthday of John Leonard Barnitz (November 24, 1677-November 19, 1749). He was born in Falkenstein, Upper Palatinate, Bavaria, Germany. Although the exact date is uncertain, Barnitz moved his family to York, Pennsylvania in or before 1733. He established two breweries in Pennsylvania (in York and Hanover) and then, along with his son Elias Daniel Barnitz, founded the first brewery in Baltimore, Maryland, in 1748. When John Leonard dies a year later, his son continued the brewery, but changed the name from the John Leonard Barnitz & Elias Daniel Barnitz Brewery to the Elias Daniel Barnitz Brewery. In 1780, he appears to have sold it and the brewery proceeded to go through no less than twenty name changes, and multiple ownership changes, and by 1888 was known as the Globe Brewery, the name that it continued under until 1963, when it closed for good. 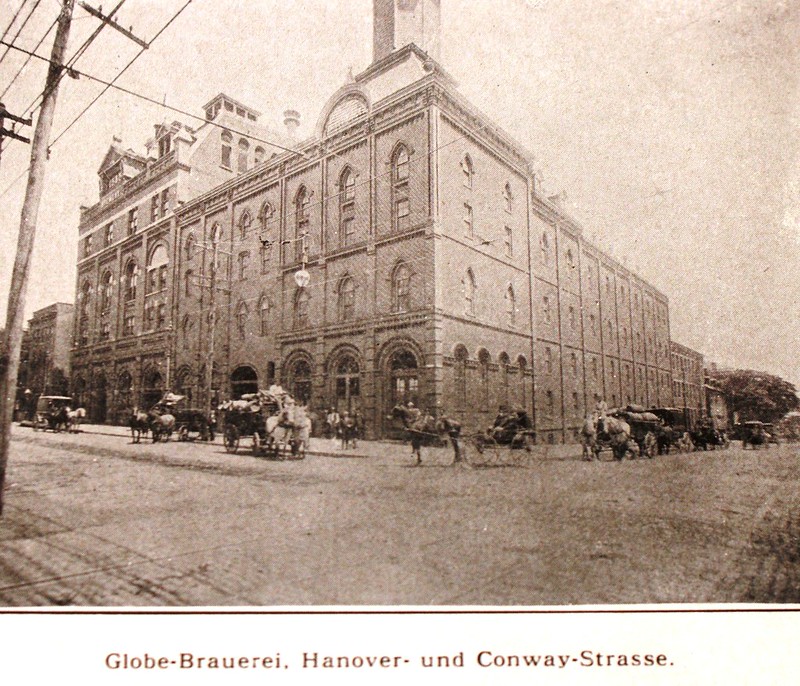 This biography of Barnitz is from “The Barnitz Family,” by Robert M. Torrence, published in 1961:

John Leonard Barnitz is assumed to have been born in Falkenstein, Germany, November 24, 1677 (tombstone), because his son, John George Charles (Carl) Barnitz, stated in his own will that he was born there in 1722, so his father must have been there too. He died in York, Pa., November 19, 1749 and was buried in the Christ Lutheran Churchyard on South George Street. His remains must have been moved twice to make room for two new churches, during which his stone was broken and his J.L. letters were lost. Someone, attempting to make it right, just cut on it N.N .—no name. [The first Lutheran Church in York was built of logs in 1744 and was small. In 1760-61, this was replaced by a new church, forty feet by sixty-five, which lasted until 1812. The present Christ Lutheran Church was finished in 1814. They were all on the same location.] The date of his arrival is not of record in the Pennsylvania Archives or in any other standard publication consulted by the compiler. Evidently, he was well provided with ample funds and a knowledge of brewing, a business in which he was conspicuously successful, and he was correspondingly generous in sharing it with the Lutheran churches wherever he went. His first brewery was in York, the second in Hanover, Pa., and the third in Baltimore, Md., where he and his son, Elias Daniel Barnitz, bought Lot No. 27 from Charles Carroll of Annapolis, Md. Since his first wife
was not mentioned in his will, it is assumed that she died in Germany. His second wife was the widow of Frederick Gelwick (sic), who had a son by her first marriage, John Frederick Gelwick, born in 1733; married Maria Dorothea Uler; became York County Treasurer in 1756, succeeding Colonel Robert McPherson.
He was the first individual to be baptized in the Evangelical Lutheran Church on-the-Conowago “when Lenhart Barnitz and Frederick Gel wicks (sic) were the first Elders.” 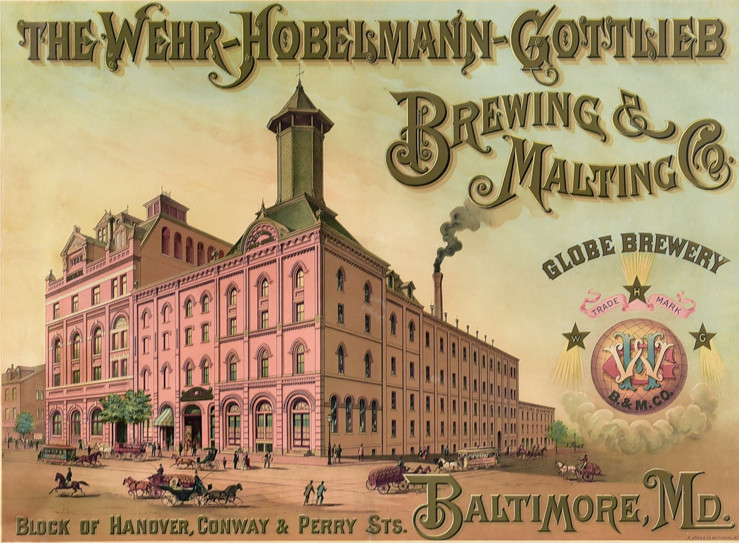 This view of the brewry is from the 1880s, when it was known as the Wehr-Hobelmann-Gottlieb Brewing & Malting Co.

And this account is from “Zion Church and Baltimore’s First Brewer,” by Dr. Eric W. Gritsch:

Zion Church can claim the first brewer of Baltimore Town, Elias Daniel Barnitz, as a founding member our congregation. Along with his father John, they established their brewery in 1748. John was born in Falkenstein in the Palatinate of Germany on November 24, 1677, arriving in America in 1732 at the age of 55. In Germany he had been an apprentice brewer. Elias Daniel was also born in Falkenstein, on October 24, 1715. After residing in York County, Pennsylvania, John arrived in Baltimore Town in 1748 at the age of 71. He and his son found the Baltimore settlement surrounded by a stockade fence, erected in 1746. Lost to history is the purpose of the stockade, but it was said to provide protection from hostile Native Americans west of the town. A more plausible reason for the fence was to keep wandering hogs and other livestock from wandering into the town. The fence was eventually dismantled and used for kindling after several cold winters.

The Barnitz brewery was gratefully welcomed by Baltimore’s early inhabitants, about 30 families in all. The brewery was viewed as both a source of liquid refreshment and impetus to attract other businesses to the nascent settlement, then just 22 years old. The original brewery was located at the southwest corner of Baltimore and Hanover Streets, today the entrance to Hopkins Plaza and cater-corner to the Lord Baltimore Hotel. This was one of the original lots of Baltimore Town, purchased from Charles Carroll, Sr. He was father of Charles Carroll of Carrollton, a signer of the Declaration of Independence.

To place this brewery in historical context, George II was King of England and Sovereign Lord of the Province of Maryland. Samuel Ogle was Governor of Maryland, and George Washington was just a lad of sixteen. Tobacco was used as currency.

Unfortunately, the elder Barnitz died on November 19, 1749, surviving his brewery but for one year. The brewery was then passed on to Elias Daniel. Although no description of Baltimore Town’s first brewery exists, it was assumed to be diminutive in size and small in output, one or two stories in construction and employing no more than three workers. Equipment was likely crude, consisting of copper cookers, fermenting tubs and racking for casks and kegs. The entire brewing process was done by manual labor. The water supply was drawn from a well. The “ageing” period was likely a short one as there was no cooling cellar to lager the beer. Records indicate beer was produced at this location until about 1815, with the building itself lasting over 100 years, until 1853. 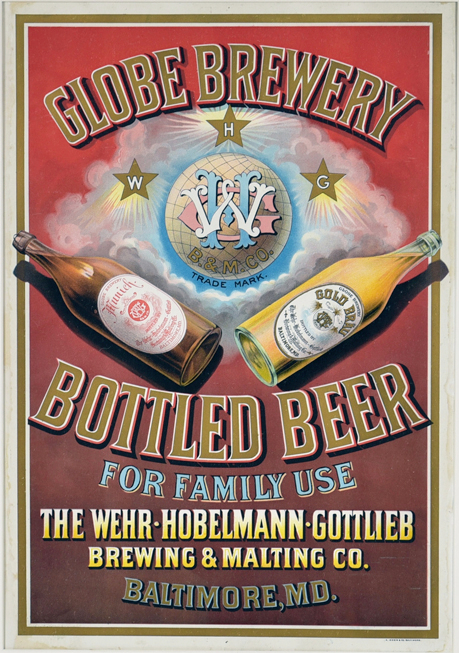 And this is from German Marylanders:

The first Brewery (Southeast Corner Conway and Hanover Streets) was erected in 1748 by Barnitz (Leonard and Samuel) Brothers. John Leonard Barnitz was a native of Falkenstien, Germany, where he learned his craft. The building was situated on the Northeast Corner of Hanover and Conway Streets (later identified as 327 S. Hanover Street-some references also used the S.W. corner of Baltimore and Hanover Sts.). Upon John Leonard’s death, his son Elias Daniel took over. The founders named it “Washington Brewery,” but only brewed Ale, Porter and Brown Stout. It was in the same location as the magnificent Malthouse of Messrs. Wehr, Hobelmann & Gottlieb. (see profile). It was taken over in 1820 by Peter Gloninger and he operated it for 7 years and sold it to Samuel Lucas. While under the control of Lucas, it became the second largest brewery. Lucas died in 1856. It was then sold to Francis Dandelet (a Frenchman who died in 1878). The name was changed to the Baltimore Brewery. In 1876 it was changed again when John Butterfield with his son-in-law, Frederick Gottlieb, operated the brewery.

Globe Brewery stayed open during prohibition which gave it an ‘edge’ when prohibition ended. They made ‘near beer’ called Arrow Special during prohibition. At midnight on April 7, 1933, they served ‘real beer’ at the Rennert Hotel. Globe also survived both trusts, of which they belonged to both the Maryland Brewing Company and the Gottlieb, Bauernschmidt, Straus Co.

In 1963, they stopped brewing in Baltimore and moved their beer making to their Cumberland operations, the Cumberland Brewing Company and in 1965 the building was razed to make room for a parking lot. 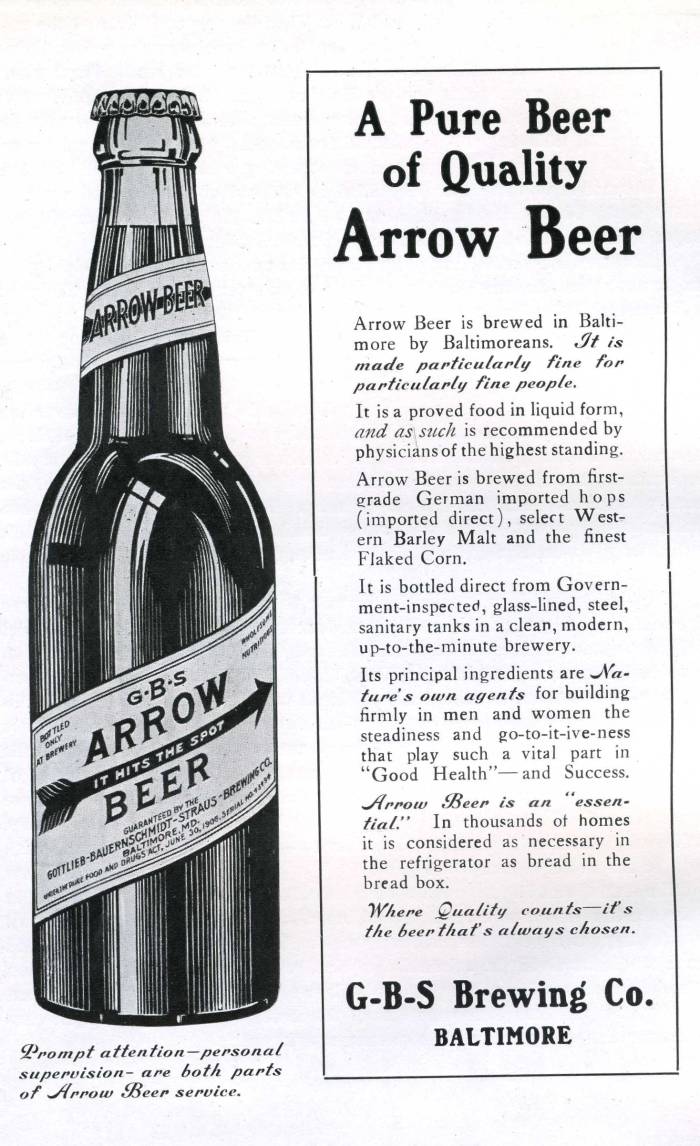 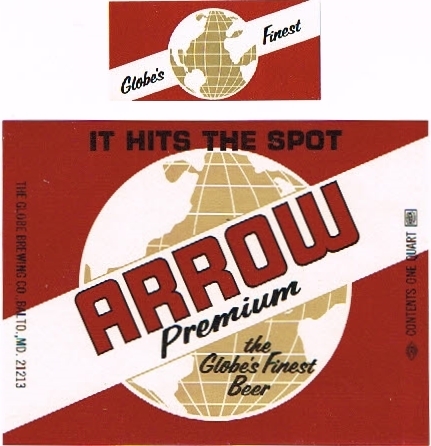