Today is the birthday of John Welde (March 2, 1839-August 2, 1901). He was born in Baden, Germany and came to Philadelphia in 1856, when he was seventeen. In 1884, he founded a brewery in Philadelphia, and the following year a business parter, John Thomas, joined the business, and they called it Welde & Thomas, later adding “Brewing Company” to the name. In 1904, it was consolidated with several other breweries into the Consumers Brewers Co., which remained in business until closed by prohibition in 1920. The brewery reopened after repeal in 1933 as the Trainer Brewing Co., but only lasted one year. 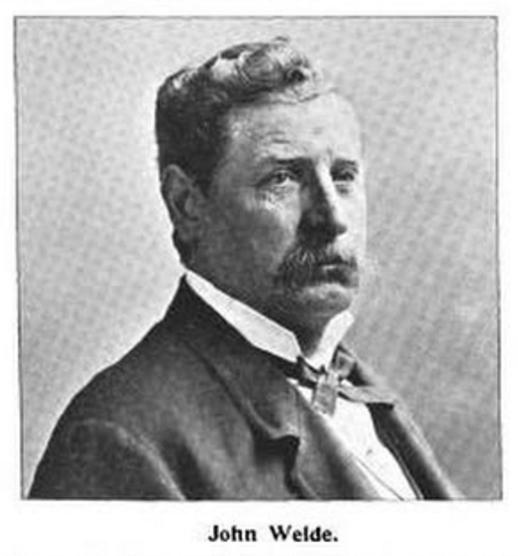 Here’s a biography of Welde from the Friends of Mount Moriah Cemetary:

John Welde was married and had at least one son, Frederick, both of whom predeceased him. John died in Philadelphia in 1901 and is buried at Mount Moriah Cemetery.

Beer and brewing have held an important place in Pennsylvania and Philadelphia history. The first brewery in the City was erected in 1683. William Penn constructed a brew house on his Pennsbury Manor estate in Bucks County. In the 18th century, the drink of preference in most taverns was beer or ale. By 1793, Philadelphia was producing more beer than all the other seaports in the country. The first steam engine was installed in Francis Perot’s brewery in 1819. This was the height of technology and the first time an engine was used to produce beer. Lager beer was first introduced in 1840 by Philadelphia brewer John Wagner. At the Centennial Exhibition held in Philadelphia in 1876, the United States Brewers’ Association constructed the Brewers’ Building to showcase all aspects of brewing. At one time, there were more than 100 breweries operating in Philadelphia and its surrounding areas. 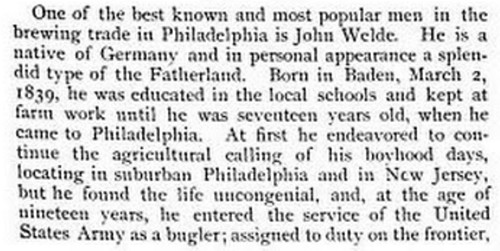 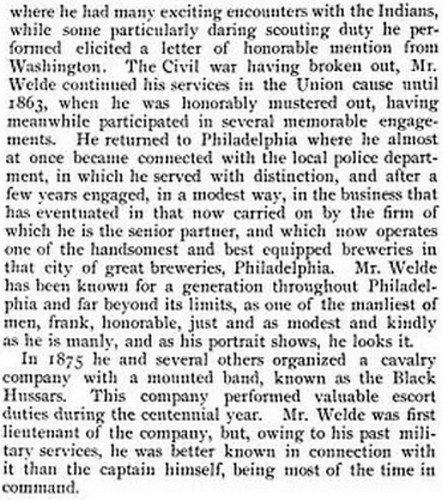 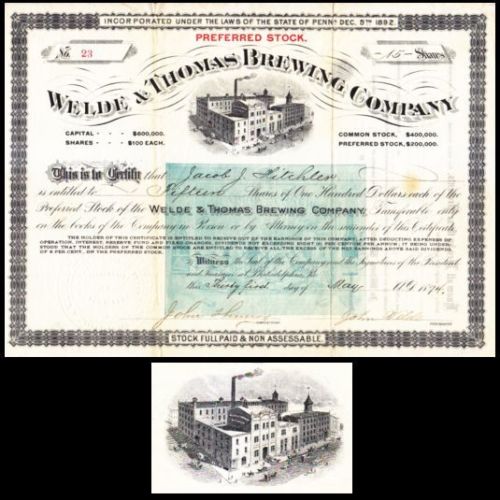 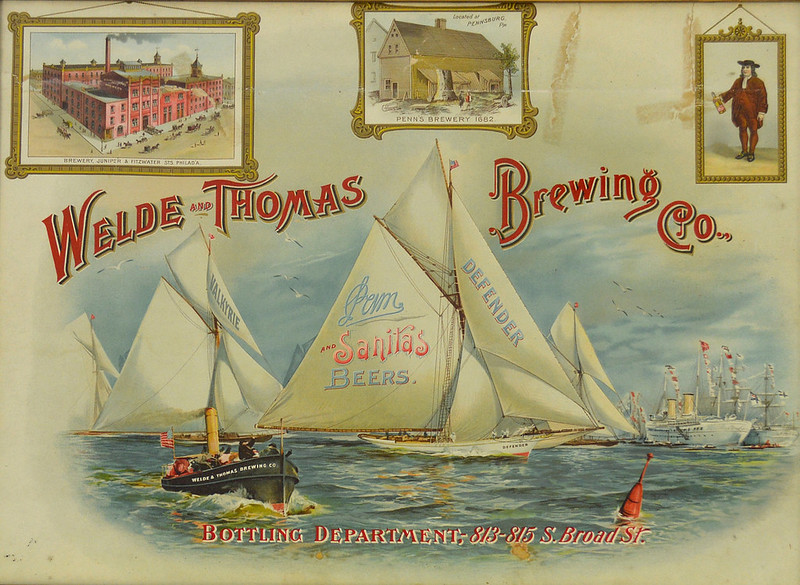