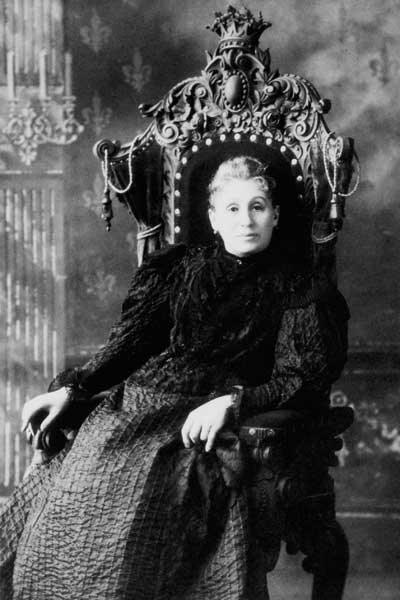 The photo below was taken around 1870. Here’s its description: “Quarter-length studio portrait of Maria Best Pabst (1842-1906). She is wearing a dress with leg of mutton sleeves and ornate embroidery. The daughter of successful Milwaukee brewer Phillip Best, Maria married Captain Frederick Pabst in 1862. Together they had ten children, only five of whom survived to adulthood. Pabst went into partnership with his father-in-law in 1863 and eventually owned what would become the Pabst Brewery.” 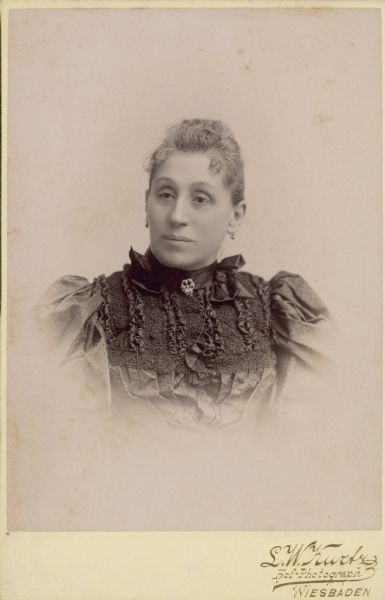 Frederick Pabst, before he became a brewery owner, was a steamship captain of the Huron, a Goodrich steamer on Lake Michigan. Maria Best, when she was a passenger on his ship, met the dashing Pabst and then began courting, marrying in 1862. Not long afterward, Pabst became a partner in his father-in-law’s business, the Philip Best Brewing Co. 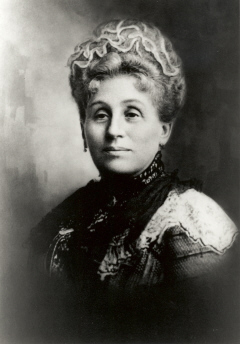