Today is the birthday of Pablo Díez Fernández (June 29, 1884-November 17, 1972). He was born in Vegaquemada, León, Spain. His mother died when he was three, and was raised by his grandparents. “He studied Classical Literature and Philosophy at the Instituto Municipal de Boñar, and when he turned 16 he joined the Dominican Monastery of Cangas de Narcea. Soon after his 20th birthday, when he was about to be ordained, Pablo Díez decided that the priesthood was not his true calling in life and moved to Madrid. In 1905, with the help he got from the Dominican Friars themselves, he sailed out to Mexico.” In Mexico, he became a successful businessman and in 19292 helped to start the brewery, Cervecería Modelo, which would later become Grupo Modelo. 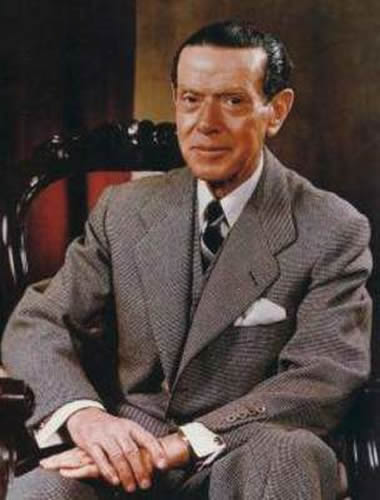 Pablo Díez Fernández was the son of Ceferino Díez and Gregoria Fernández, Pablo Diez was born in Vegaquemada, León, Spain, on June 29, 1884. After the death of his mother when he was only three years old, he was raised by his paternal grandparents in the town of Palazuelo de Boñar. He studied Classical Literature and Philosophy at the Instituto Municipal de Boñar, and when he turned 16 he joined the Dominican Monastery of Cangas de Narcea. Soon after his 20th birthday, when he was about to be ordained, Pablo Díez decided that the priesthood was not his true calling in life and moved to Madrid. In 1905, with the help he got from the Dominican Friars themselves, he sailed out to Mexico.

Once in Mexico, he took on a job as book keeper at the Venegas bakery. In 1911 he became the manager of another bakery called La Primavera. As a result of his hard work, he was able to save enough money to first partner with and then, in 1912, buy that business from its previous owners. The following year, Diez Fernández became one of the founding shareholders of Leviatán y Flor, a company which has been recognized as the first compressed yeast factory in Mexico.

In 1918, he married Rosario Guerrero Herrero, whom he had met during one of his many visits to Spain.

Four years later he became part of the community of distinguished businessmen, industry experts, and bankers that would put up the capital to start the business which was later to become Grupo Modelo: Cervecería Modelo. A shareholder since the very beginning and member of its Board of Directors since 1926, the businessman from the region of León in Spain continued to care for his bread and yeast production businesses while also promoting other new adventures. One of them, Pan Ideal, is famous for having been the first mechanical bread producing plant in Mexico.

In 1928, Pablo Diez was appointed to the Board of Directors of El Crédito Español de México, SA and of other important businesses of the Spanish community in Mexico. That same year, Braulio Iriarte entrusted him with the responsibility of being the legal representative of Cervecería Modelo. He was 44 years old at the time.

Diez Fernández founded seminars, sanctuaries, and hospitals in his country of origin, for which he was highly recognized. The latter is also true for Mexico, where his philanthropic work left a profound mark on the development of nursing homes and hospitals. Among them the most recognized are the Sanatorio Español, the Red Cross’s central hospital in Mexico City and the Instituto Nacional de Cancerología; he made important donations to help build all these institutions.

In 1955, don Pablo Diez crowned the Virgin of Guadalupe as the Queen of Work, sharing in the devotion shown for the Virgin by the workers in the largest of his companies: Cervecería Modelo. 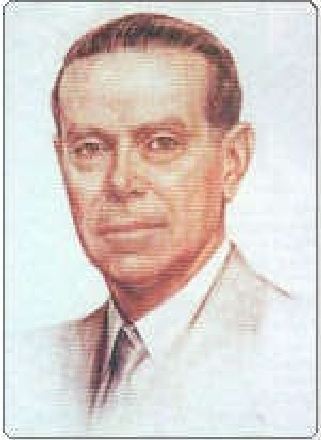 In recognition of this philanthropic work and his entrepreneurial accomplishments, in 1969 Don Pablo Diez received the highest honor granted by the Mexican government: the Orden del Águila Azteca.

He was also a relevant shareholder in other companies in Mexico including IEM, Condumex, Fundidora Monterrey, Celanese Mexicana and Banco Nacional de México, and he served as the first Vice-president for this bank. In Spain, Cervecería Cruz Campo and Banco Central Hispano held his most relevant investments.

Just before he retired from public life, although he remained as Honorary Chairman of Grupo Modelo, Diez Fernández turned over the business to the people close to him who had managed it for several years. The main shareholders of the new company that controlled Cervecería Modelo, a company whose sales in 1970 were estimated somewhere between 850 and 900 million pesos, were Juan Sánchez Navarro, Manuel Álvarez Loyo, Nemesio Diez, Secundino García, Antonino Fernández, Pablo Aramburuzabala and other employees of the brewery which would later on become Grupo Modelo, the seventh largest beer group in the world, when it was headed first by Don Antonino Fernandez and, then, by Carlos Fernandez Gonzalez. 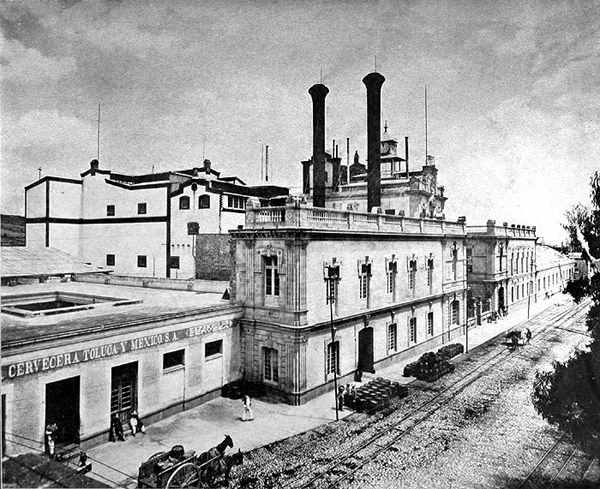 Here’s a Company History of the first fifty years from Funding Universe:

Grupo Modelo, S.A. de C.V. is the largest beermaker in Mexico, holding 55 percent of the national market in 1998, when it was the 12th-largest beer producer in the world and the most profitable brewer in Latin America. Its best known brand is Corona Extra, a light brew that ranked first in sales among beers imported to the United States in 1997 and fifth in the world in total production. The company also produces nine other brands of beer. A holding company, it is vertically integrated, beginning with its overseeing of the selection of seeds and germination of hops, and including brewing and bottling plants and distribution by trucks and ships. Grupo Modelo was, in the late 1990s, 50.2 percent owned by Anheuser-Busch Cos., the world’s largest beer-producing company, and it was the exclusive importer of Anheuser-Busch’s products in Mexico, including Budweiser and Bud Light. Anheuser-Busch did not, however, hold a majority of Grupo Modelo’s voting shares.

Beer was the basis for the holdings of the Sada and Garza extended families, whose Monterrey Group became the most powerful business combine in Mexico. Cervecería Cuauhtemoc was founded in Monterrey in 1890. Its chief rival was Cervecería Moctezuma, founded in 1894. Cervecería Modelo, which eventually outstripped the other two in production and sales, was founded in 1925 in Mexico City by Braulio Iriarte, with the help of President Plutarco Elias Calles.

Cervecería Modelo soon came under the control of Pablo Díez Fernández, who became its director general in 1930 and its majority stockholder in 1936. Born in Spain in 1884, Díez Fernández emigrated to Mexico at the age of 21 with money he borrowed from the Dominican fathers under whom he studied. He first worked as an accountant for a bakery, established the first mechanized bakery in Mexico, and then became part-owner of the first yeast factory for bread in Mexico. He went on to become co-founder and major stockholder of Celanese Mexicana in 1944 and a director of Banamex, one of Mexico’s largest banks,

Diez Fernandez kept Modelo a private company that financed its expansion into producing malt, bottles, bottle caps and corks, and cartons through earnings rather than borrowing. He also acquired the regional breweries producing Victoria (1935), Estrella (1954), and Pacífico (1954). Modelo spent heavily on advertising during the late 1940s and early 1950s, much more so than its rivals. By 1956 it was the leading brewer, passing Cerveceria Cuauhtemoc and Moctezuma, with 31.6 percent of total beer production in Mexico. Modelo established plants in Ciudad Obregón (1960), Guadalajara (1964), and Torreón (1966) and created a national distribution network. Antonio Fernández Rodríguez, also Spanish-born, succeeded Díez Fernández as director general of the firm in 1971. Under his leadership, Modelo’s share of the Mexican market grew from 39 percent in 1977 to 45 percent in 1985. A statue of Pablo Díez Fernández in his hometown of Vegaquemada in Spain.