Today is the birthday of Paul Kalmanovitz (December 27, 1905-January 17, 1987). Kalmanovitz was born in Łódź, Poland, but came to America with his family before World War I. He “was a millionaire brewing and real estate magnate best known for owning all or part of several national breweries and their products, including Falstaff Brewing Company and Pabst Brewing Company.” 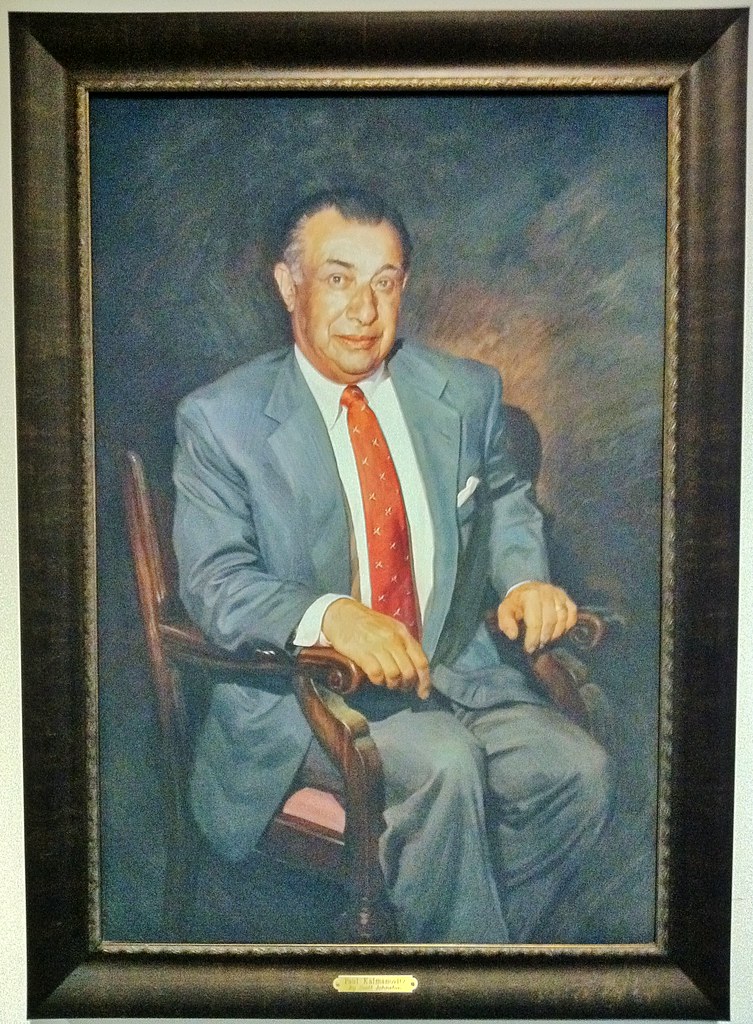 Businessman. He founded the S&P Corporation of California and was the man who built the General Brewing Company of San Francisco. He owned all or part of several national breweries and their products, including Falstaff and Pabst Blue Ribbon. At his death the $1.2 billion fortune of beer and real estate went to form a charitable foundation to fund universities and hospitals with the S&P Corporation being the holding company. The S&P Corporation is still in operational control of many breweries across the nation to this day. 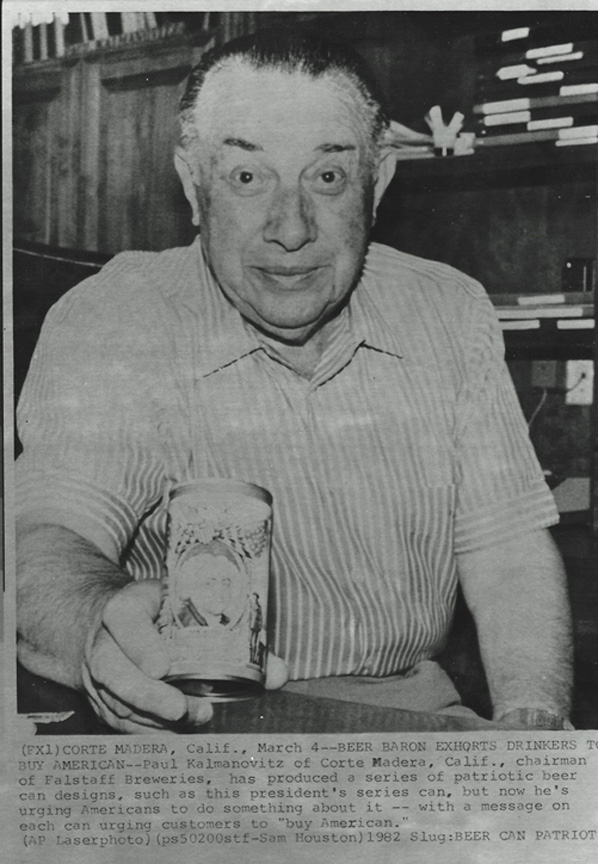 Here’s a fuller biography, from Wikipedia:

Kalmanovitz was born in Łódź, Poland. His family emigrated to Egypt at the end of the World War I and he later worked for Sir Edmund Henry Hynman Allenby. Kalmanowitz arrived in the United States in the 1926 by jumping a merchant marine ship and jumped from job to job, working for several notable people such as Franklin D. Roosevelt, William Randolph Hearst, and Louis B. Mayer (MGM).

By 1974 Falstaff had fallen on hard times and was in need of cash. Falstaff’s purchase of the Ballantine brands in 1972 had proven to be a major mistake and stretched the company a little too thin. Falstaff sold Kalmanovitz its San Francisco brewery. The cash couldn’t save Falstaff, and in 1975 the company was once again in trouble. Kalmanovitz offered to inject $20 million into Falstaff for 100,000 shares of preferred stock. On 28 April 1975, Paul Kalmanovitz gained the controlling interest in the Falstaff Brewing Company. Kalmanovitz more than quadrupled his brewery interests and became a major force on the American beer market.

With the purchase of Falstaff, Kalmanovitz moved the Falstaff headquarters from St Louis, Missouri to San Francisco to combine it with General Brewing Company’s headquarters. By June, more than 175 of Falstaff’s corporate employees were laid off. The United States Securities and Exchange Commission (SEC) opened an investigation of the Falstaff purchase, and found it provided shareholders with false and misleading information. Kalmanovitz was prohibited from committing further securities laws violations and Falstaff stock was barred from trading and removed from the New York Stock Exchange. Falstaff appealed all the way to the US Supreme Court and lost. Falstaff workers unhappy with the new direction of the company staged a company lockout, which Kalmanovitz and General Brewing called a strike.

Eventually things settled down with Falstaff and production resumed. Kalmanovitz’s plans to make a profit off Falstaff were not to turn the company around and reestablish its brand strength in the market, but rather to cut costs drastically throughout. The biggest change was the advertising budget where Kalmanovitz eliminated all types of marketing. Falstaff’s market share continued to slide, resulting in plants closing and employees out of work. Falstaff was profitable for the S&P Corporation, but at a cost to works and the communities around the breweries. Kalmanovitz acquired an ailing brewery, fired the corporate personnel, reduced budgets, sold off equipment, stopped plant maintenance, and eliminated product quality control. Kalmanovitz established a standard with Falstaff that was repeated as he purchased Stroh’s, National Bohemian, Olympia, Pearl, and Pabst. 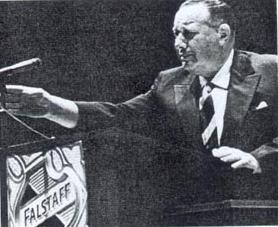