Today is the birthday of Samuel Simon Loeb (September 4, 1862-January 22, 1947). He was born in Indiana, but settled in Tacoma, Washington as a young man, and was involved in several area breweries there, first the Milwaukee Brewery (which merged to form the Pacific Brewing & Malting Company) and then the Independent Brewery, before being bought by the Seattle Brewing & Malting Co. After his brewery was acquired, Loeb remained in charge, and after retiring, he and his wife moved to Los Angeles. 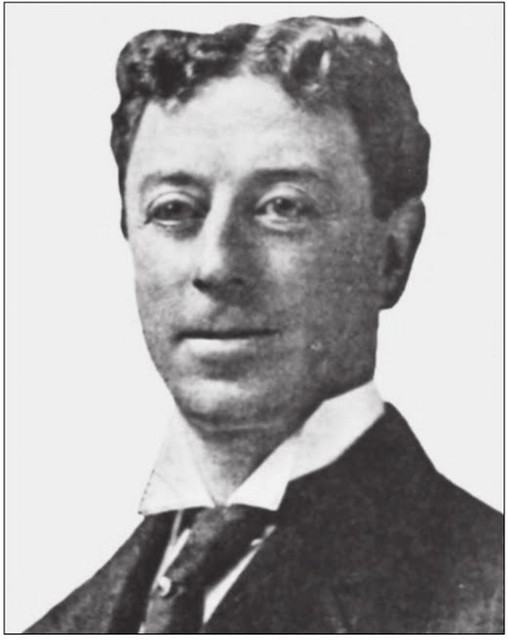 This short description of Loeb is from Brewing in Seattle, by Kurt Stream: 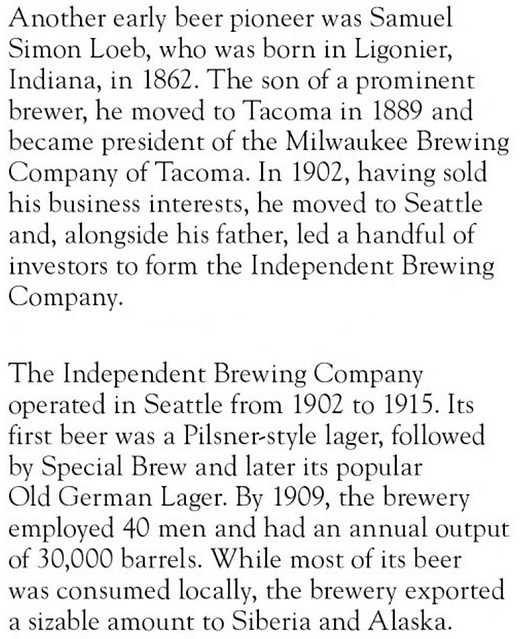 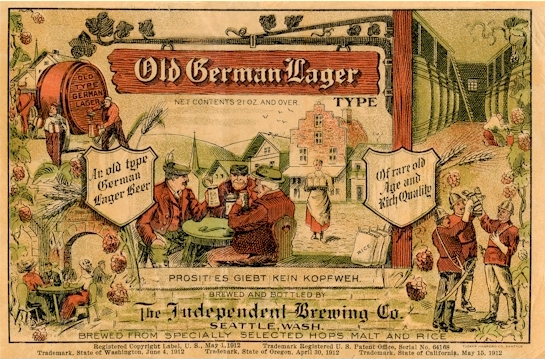 Here’s an account of Loeb from “An Illustrated History of the State of Washington” by H. K. Hines, published in 1893

S. S. Loeb is president of the Milwaukee Brewing Company of Tacoma, incorporated with a capital stock of $35,000, all paid up. The present officers of the company are S. S. Loeb, president, and A. Weinberg, secretary and treasurer. The brewery was formerly called the United States Brewery, and was organized by D. Stegman and M. Karcsecte. The latter sold out to John Frazier, who continued in the business till May, 1891, when the present firm bought out the concern, reincorporated and formed the Milwaukee Brewing Company. The plant was a small one when they first bought it, the output being only forty-two barrels per day. The capacity has been increased until it is now 125 barrels per day. Their trade extends throughout the Sound country.

Mr. Loeb, the president, was born in Ligonier, Indiana, on the 4th of September, 1862. He was the son of Simon Loeb, who was a prominent brewer. The subject of this sketch was reared in Chicago, where he went when a child. He became concerned in the cigar business with Ruhe Bros. (Allentown, Pennsylvania, and Chicago), and later traveled for the same firm, with whom he continued for four years. He then worked four years for Schloss, Ochs & Co., wholesale gentlemen’s furnishers. In 1889 he came to Tacoma and engaged in the wholesale liquor business, which he continued for three years, when he closed out that business, and has since given his attention to the brewing business.

Mr. Loeb was married November 18, 1890, to Miss Blanch Moses, a native of Gallipolis, Ohio. They have one child, Sidney. 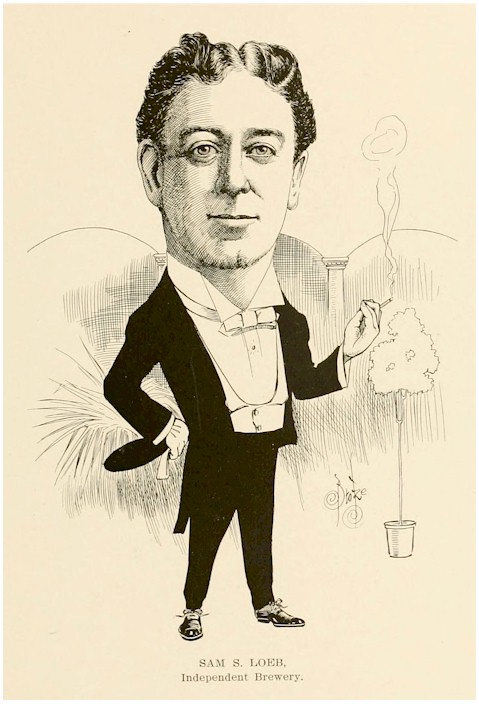 Garry Flynn, on his Brewery Gems website, picks up the story of Loeb after the “Illustrated History of the State of Washington:”

In 1897, four years after the foregoing was written, Samuel sold the Milwaukee Brewery and merged it with the Anton Huth’s Puget Sound Brewery, forming a new enterprise – the Pacific Brewing & Malting Company.

In 1899, Pacific purchased the Donau Brewery and closed the Milwaukee plant. Loeb continued with his other business interests in Tacoma, as well as holding a minority interest in Pacific. As late as 1901 he was still secretary of the company. But by 1902 he and his partners from the Milwaukee Brewery decided to actively re-enter the brewing business.

You can pick up the rest of his story at Brewery Gems.