Today is the birthday of Thomas M. Dukehart (June 18, 1835-August 1, 1912). He was born in Maryland, and became a partner in a Baltimore Brewery, the Rock Spring Brewery, in 1872 and later it was known as the Maryland Brewing Co., from 1884-1891. Dukehart eventually became the sole owner, renaming it the Dukehart Brewing Co. in 1891, and in 1900 it became known as the Dukehart Manufacturing Co. Brewery. Dukehart died just as prohibition was starting, in 1912, and the brewery was closed and never reopened. 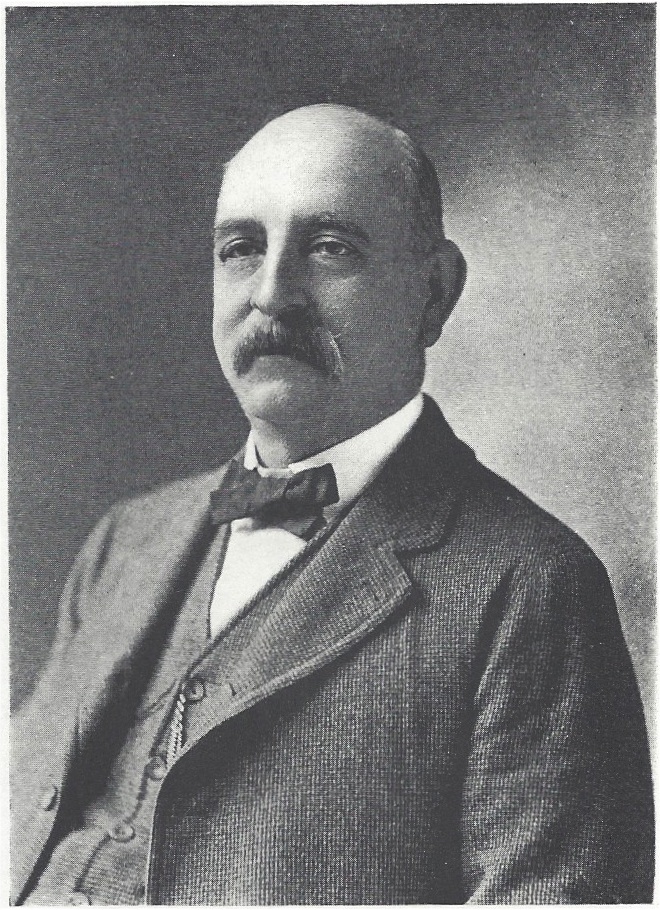 This story of the Dukehart and the brewery is from “100 Years of Brewing,” published in 1903. 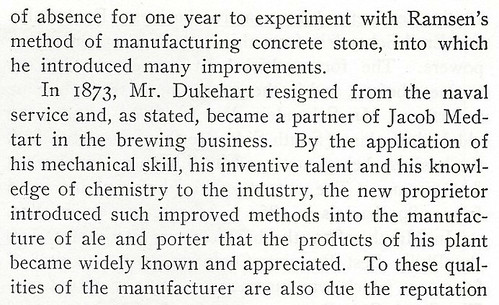 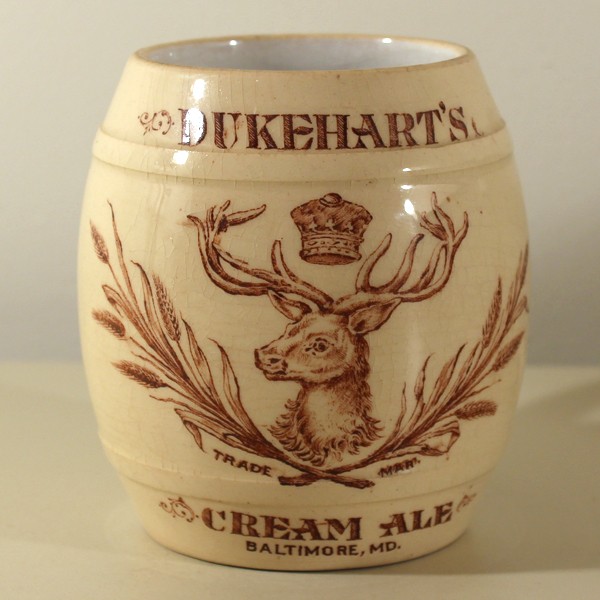 And this is from the “Industries of Maryland: A Descriptive Review of the Manufacturing and Mercantile Industries of the City of Baltimore,” published in 1882: 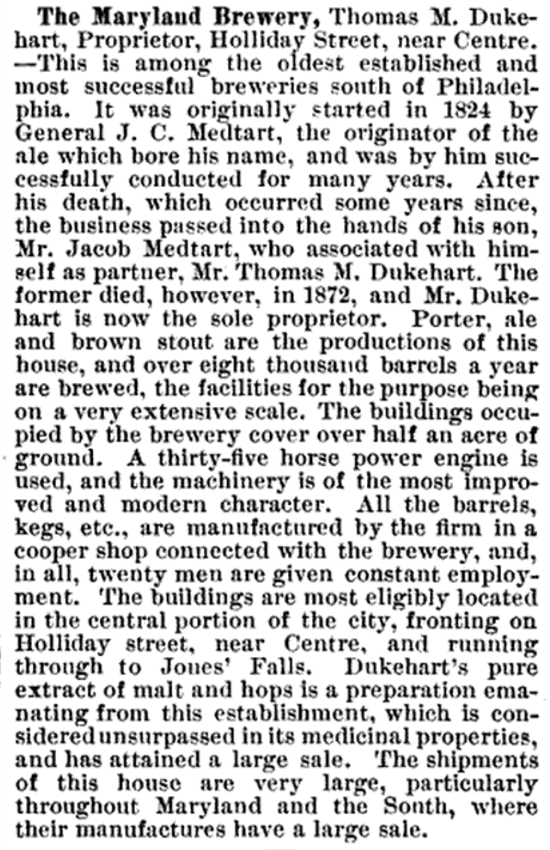 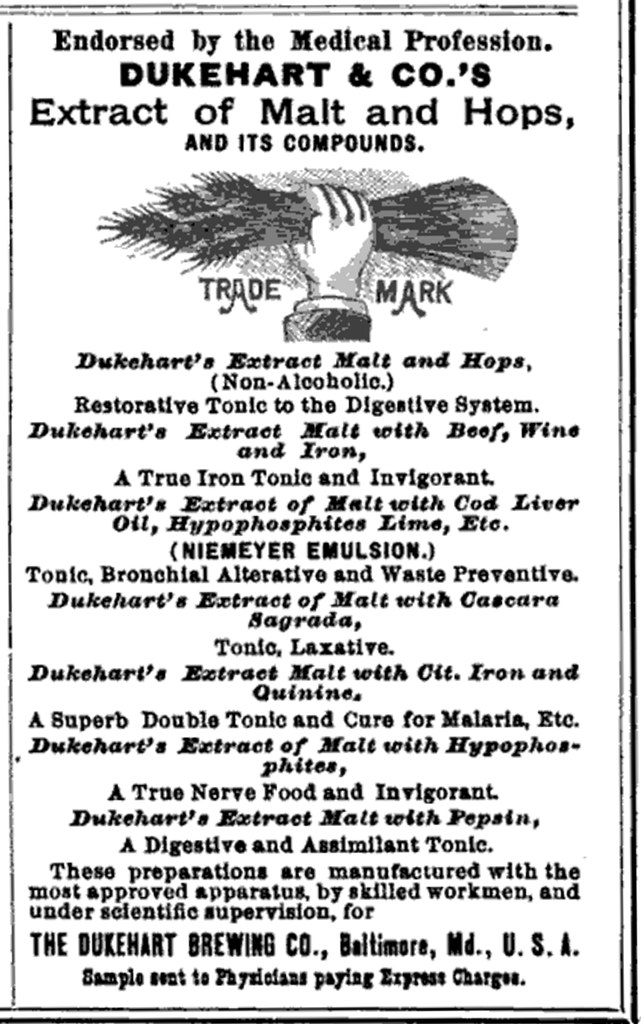