Today is the birthday of William G. Ruske (October 21, 1842-May 2, 1915). Ruske was born in Germany and came to Western Pennsylvania, co-founding the Keystone Brewing Co. 1886, and was its president. In 1899, Keystone became part of a regional trust known as the Pittsburgh Brewing Company, which was formed by the merging together of thirteen Allegheny County breweries. Ruske was initially secretary of the trust, but became president when his predecessor died. The brewery survived prohibition and today is known as the Iron City Brewing Co. 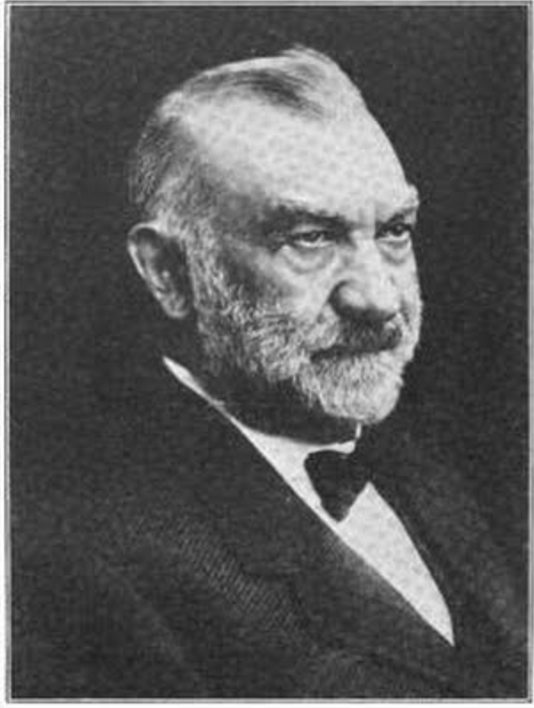 This is his obituary, from the American Brewers’ Review the year he passed away: 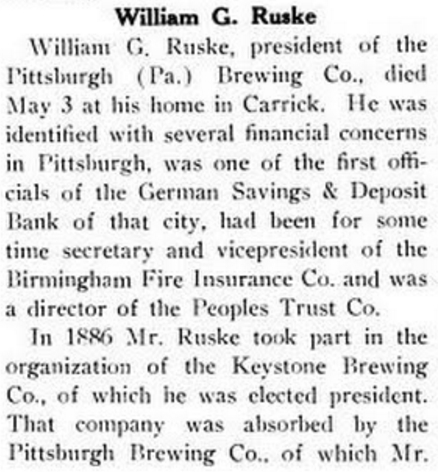 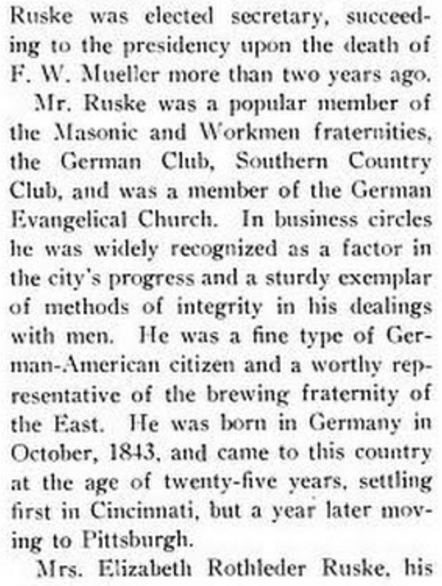 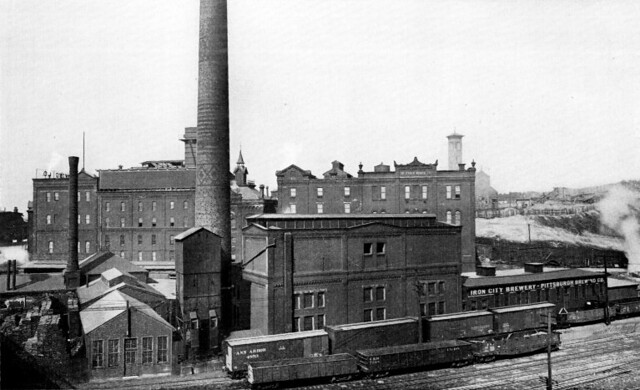 And here’s part of another history of Iron City Brewing, from the merger through the end of prohibition, from PA’s Big House:

As the century came to a close, breweries in the Pittsburgh area merged to form the Pittsburgh Brewing Company (PBC). The twelve local breweries included: Wainwright; Phoenix; Keystone; Winter Brothers; Phillip Lauer; John H. Nusser; Eberhardt & Ober; Hippely & Sons; Ober; J. Seiferth Brothers; Straub; and Iron City. In addition to these initial twelve breweries, nine more were included in the merger. Now, Pittsburgh Brewing Company was Pennsylvania’s largest brewery and third largest in the nation with combined assets worth an estimated $11 million. For the next three decades, PBC boasted a brewing capacity of more than one million barrels per year.

The onset of Prohibition in 1920 brought serious strain to breweries across the nation. Pittsburgh Brewing Company, however, was able to survive by using its facilities to produce ice cream, soft drinks, and non-alcoholic “near-beers.” When Prohibition was repealed in 1933, PBC was one of only 725 breweries in the U.S. still operating. 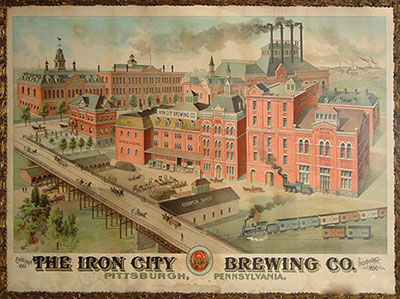 I really couldn’t find very much information on Ruske, or even his original Keystone Brewery. But one curiosity I came across was this undated tintype. But since tintypes were popular for around twenty years, from the 1860s through the 1870s, I think it’s safe to conclude that’s what this one was created. The two beer bottles on the posts are from the Keystone Brewery and the label apparently reads Cabinet Export Beer. 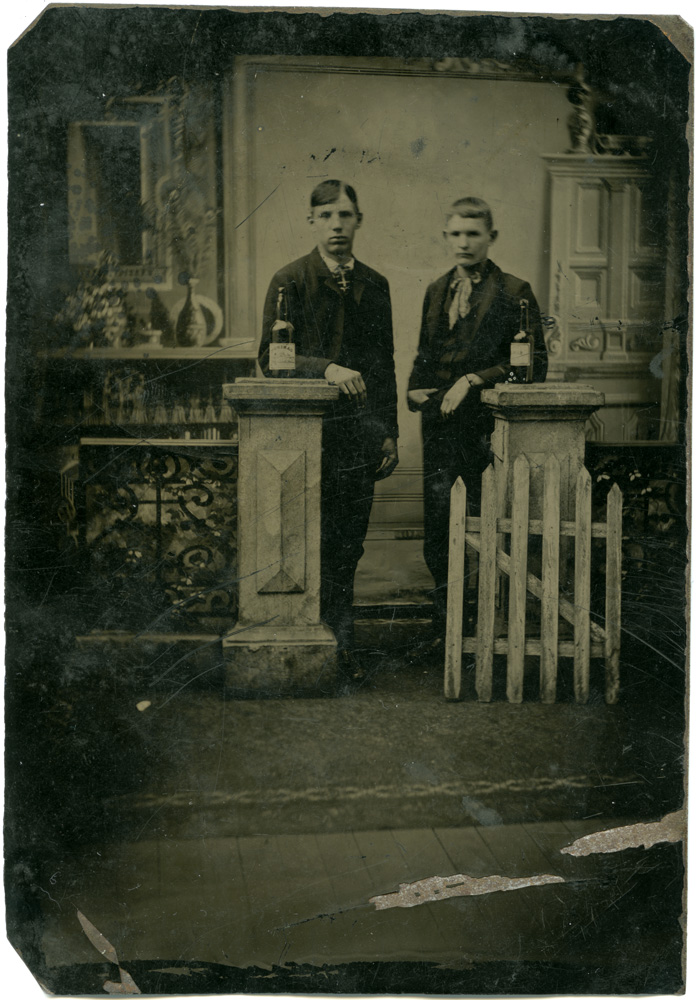