Today is the birthday of Sir William McEwan Younger, 1st Baronet (September 6, 1905–April 15, 1992). He was a Scottish brewer and political activist. 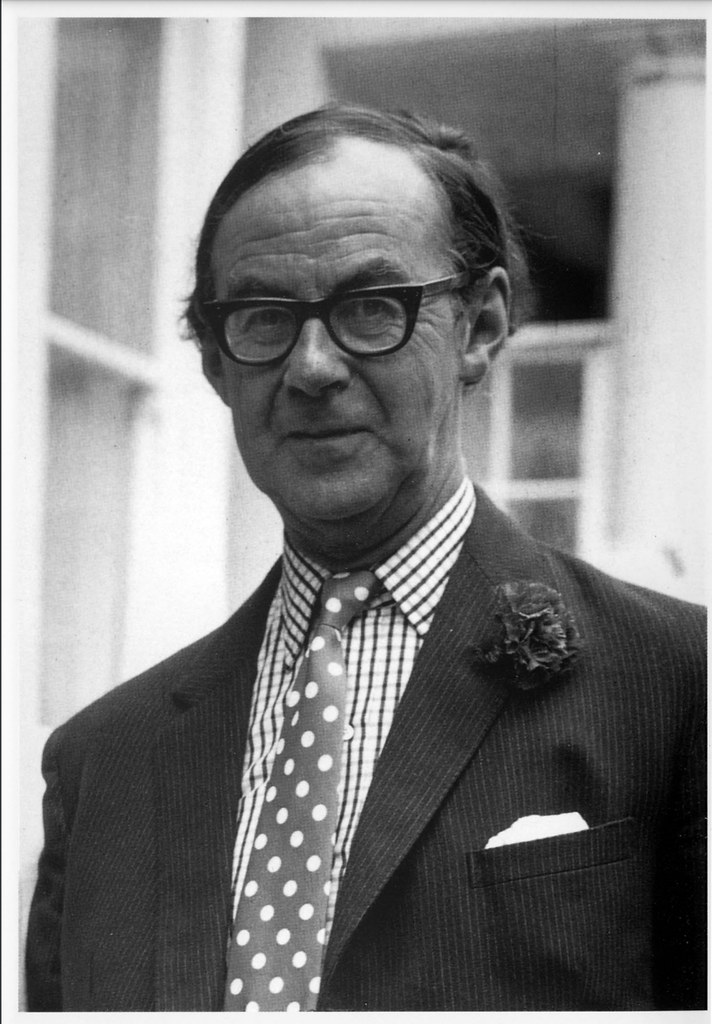 According to Wikipedia, “His father, William Younger, was a brother of George Younger, 1st Viscount Younger, and of Robert Younger, Baron Blanesburgh; his great uncle was William McEwan, a Liberal MP for Edinburgh and the founder of McEwan’s Brewery.”

He was educated at Winchester College and at Balliol College, Oxford, before joining the firm of McEwan’s Brewery, which later became Scottish Brewers before merging with the Newcastle Brewery Company in 1961 to become Scottish & Newcastle. Younger was the first chairman and managing director of the new company.

He stood twice as the Unionist Party candidate for the West Lothian at the 1950 general election, but it was a safe seat for Labour and he came a poor second. He was honorary secretary of the Scottish Unionist Association from 1955 to 1964, and was later chairman of the Scottish Conservative and Unionist Party from 1971 to 1974. 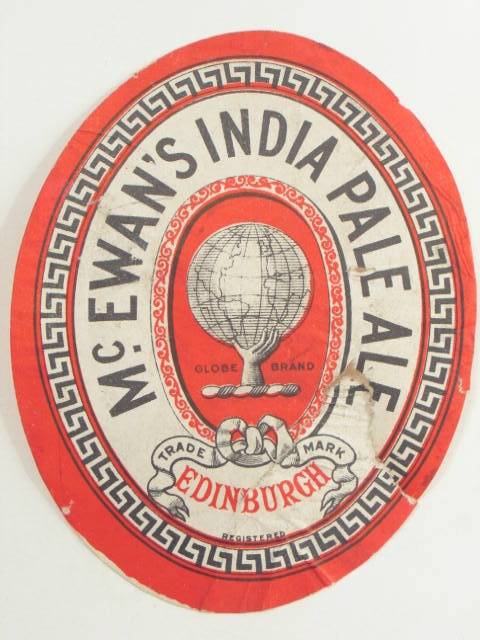 Here’s an obituary, by Peter Lloyd, that ran in the Alpine Journal, a climbing club to which was a member:

Bill Younger, who died in 1992 after a long illness, outlived his climbing contemporaries, and it falls to me, who only knew him in the last 20 years of his life, to write his obituary. He was a great figure in the business world, especially in Edinburgh and in the Conservative Party in Scotland. He was elected to the Club in 1927 while still an undergraduate on the proposal of A M Carr Saunders and Geoffrey Winthrop Young, so totalling 65 years of membership.

On leaving Oxford he went straight into the family brewing business of McEwans and proceeded to build this up first by the acquisition of another family company, William Youngers, and later by the takeover of Newcastle Breweries and several smaller Edinburgh companies to form Scottish and Newcastle with about 10% of the market. He had an outstanding war record, enlisting in 1939 in a lowland anti-aircraft regiment of the Royal Artillery with which he served in the North African campaign, including the first siege of Tobruk, and in Italy, finishing up in command of the regiment. His double-barrelled name, evocative of beer, earned him the nickname ‘Colonel Screwtop’.

After the war he remained chairman of his company until 1969 and was also active as director of a number of other Edinburgh companies. He was Deputy Lieutenant of Midlothian and later of the City of Edinburgh and, in the seventies, Chairman of the Scottish Conservative Party. Through his charitable trust he supported many good causes, notably his college Balliol, of which he became an Honorary Fellow, many Edinburgh charities
including the Scottish Symphony Orchestra, the Mount Everest Foundation and the A C Irvine Travel Fund.

Bill Younger’s mountaineering record is largely lost in the sands of time, but his companions in his Oxford days included Douglas Busk, A M Binnie and Carr Saunders. In the thirties and after the war he climbed with John Tilney and Claude Elliott. There is a splendid portrait in oils, now in the possession of his daughter, showing him as a young man against the background of the Cresta Rey on Monte Rosa.

When I knew him, in the seventies and eighties in Edinburgh, in Glen Lyon and then in his final home near Henley, we were both past anything more than walks on the Scottish hills. I remember him best in his beautiful house in Moray Place, a swell but quite without pomposity, easygoing but suddenly coming out with trenchant criticisms of the good and the great, casually dressed with a glass of whisky and a cheroot in his hand, enjoying life. 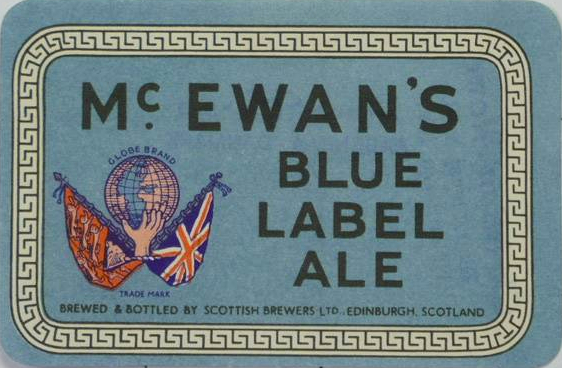 William McEwan Younger is also featured in The Brewing Connection in the Oxford Dictionary of National Biography, by Ray Anderson, published in Brewery History in 2005.

Scottish brewers get a good airing in the dictionary. Heading the list is McEwan, William (1827-1913), described as ‘a plain, blunt man’ but ‘undoubtedly one of the most successful brewers of his generation … a shrewd, hard headed, hard working businessman…one of the merchant princes of Scotland.’ The piece on McEwan also has a mention of his uncle John Jeffrey with whom he trained before in 1856 ‘he established his own business at the Fountain brewery,’ and of McEwan’s nephew William Younger who joined him as an apprentice in 1874, and who ‘played an increasingly important role … becoming managing director of the firm on its incorporation in 1889 with McEwan … devoting himself increasingly to politics.’ McEwan’s ‘presumptive only child,’ Greville [née Anderson], Dame Margaret Helen (1863-1942), ‘society hostess,’ is also in the dictionary in her own right and has her own place in brewing history having on her death left all her ordinary shares in the brewery to Younger, Sir William McEwan, of Fountainbridge, baronet (1905-1992), who would go on to become the first chairman of Scottish & Newcastle Breweries. The dictionary succinctly explains the background of this splendidly named and unconventional ‘brewer and political activist,’ thus: ‘His father was the brother of George Younger, first Viscount Younger, and of Robert Younger, Baron Blanesburgh [a judge]; his paternal grandmother, Janet, née McEwan, was the eldest sister of William McEwan, Gladstonian Liberal MP for Edinburgh and the founder of McEwan’s Brewery. He was thus brought up with a background of brewing and politics… .’ Younger (known as Bill) joined McEwans when he left Oxford shortly before the firm merged with fellow Edinburgh brewers William Younger (not a relative) as Scottish Brewers Ltd. He had good war and was: ‘Known by his men as Colonel Screwtop, the main supplier of beer to the army being McEwan Youngers.’ The dictionary contains the following intriguing passage on Bill Younger’s unconventional approach to business as managing director of Scottish Brewers: ‘… when the main rival to Scottish Brewers Ltd in Scotland was offered to him he refused the offer on the basis that the resultant combine would so dominate the Scottish brewing scene as to extinguish competition and blunt the competitive edge of his company. His business philosophy was at variance with that of the rest of the brewing industry and he took no part in the councils of the various trade associations.’ 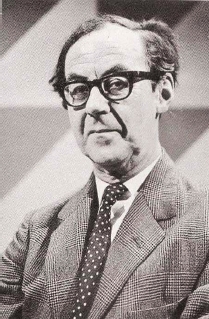 McEwan’s is still around, as a brand at least, and today is owned by Wells & Youngs. 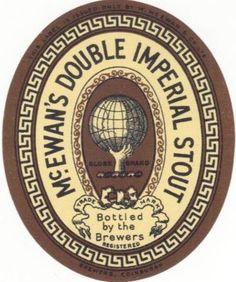