As my grandfather was fond of saying, “the faster I go, the behinder I get.” I’ve only now gotten around to going through the rest of the photos that I took in Austin, Texas while attending the 2007 Craft Brewers Conference. They’re all pretty random, but they’re now posted at the photo gallery if you’re interested in seeing them. 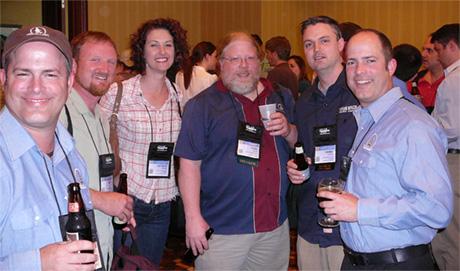 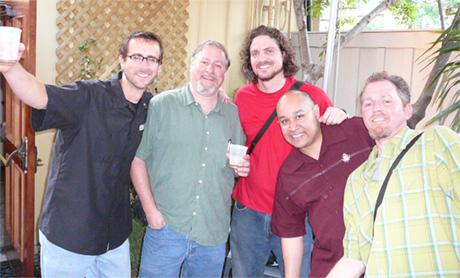 Greg Koch, me, and Justin Crossley, from the Brewing Network, along with Steve Mosqueda from the Drinking and Writing podcast and Pete Crowley, from Rock Bottom in Chicago.

For many more photos from the Craft Brewers Conference, visit the photo gallery.